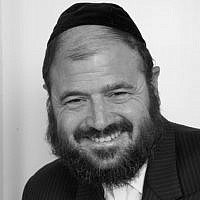 In Honor of the Six Million …

On the bus ride to the ceremony commemorating the 70th liberation Auschwitz on January 27th 2015, Holocaust survivor Mr. Shmuel Beller asked me to please assemble a minyan (quorum of 10 people) so he could recite Kaddish for his relatives who were murdered there as this was the first time he was in Auschwitz since he was liberated in 1945.

This short clip was filmed this with his permission, but twice I was about to turn off the recording, as I felt it may not have been appropriate under those circumstances.

I left it on because I thought that my grandchildren should watch this one day and learn about the Holocaust from a perspective they would never get by reading a textbook.

On the bus ride back to the hotel, Mr. Beller informed me that for the first 40 years after his liberation from the concentration camps, he never discussed his experiences with anyone.

Then one day, his daughter was doing a report on the Holocaust and mentioned to her father that a faculty member at her school had told her, “It’s not really important that you know about those things.”

“Since then,” said Mr. Beller, “I started talking about the Holocaust and haven’t stopped since.”

As the pool of Holocaust survivors shrinks, we ought to honor them and our holy brothers and sisters who were killed, by remembering and discussing this searing chapter of our history with our children and children’s children.

It is that important.

About the Author
Rabbi Yakov Horowitz, founding dean of Yeshiva Darchei Noam of Monsey, and director of Bright Beginnings, is an innovative educator, author, and child safety advocate. He is the publisher of two child safety books that are in over 120,000 homes in three languages, as well as the groundbreaking Bright Beginnings Gemara and Chumash workbooks that are in over 100 schools. He received the prestigious 2008 Covenant Award in recognition of his contribution to Jewish education. His most recent project is the Bright Beginnings Under-a-Minute Parenting Clips posting daily videos by Rabbi Horowitz on a wide range of topics on Instagram @brightbeginningsforum, and via WhatsApp by messaging “Sign-Up” to 845-540-2414. Rabbi Horowitz conducts child abuse prevention and parenting workshops in Jewish communities around the world.
Related Topics
Related Posts
Yakov Horowitz
Comments