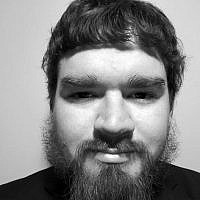 The Blogs
Shawn Harding
Founder of The Holocaust Blueprint
Apply for a Blog
Please note that the posts on The Blogs are contributed by third parties. The opinions, facts and any media content in them are presented solely by the authors, and neither The Times of Israel nor its partners assume any responsibility for them. Please contact us in case of abuse. In case of abuse,
Report this post. 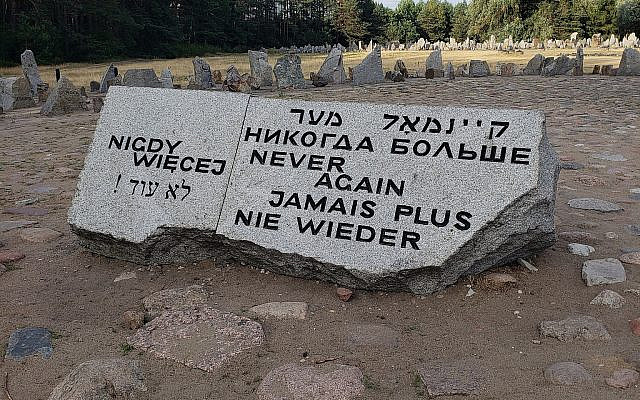 The chaos of today makes tomorrow seem so far away. Holocaust remembrance – a phrase which has become ever more important in the face of growing loss, anti-Semitism, and overall lack of knowledge of the atrocities that occurred at the hands of hatred.

The Holocaust saw the death of six million Jewish victims, and around 1.5 million Jewish children according to the United States Holocaust Memorial Museum.[1] The Holocaust was a killing machine, but the open murder of children shows the level of sadism that can be achieved if given the power to act. The disregard of life in the most innocent of people whose only ‘crime’ deemed by the Nazi German regime was the crime of being born Jewish. The depths of depravity that humanity plunged to during this period of time has been seen in countless memoirs and testimonies that have been recorded to help instill the phrase ‘never again.’ Stories of brutality litter these memoirs, but the perseverance of a people whom tomorrow was brutally being taken away from is the story we should never forget.

During these times it is important to remember the words of Holocaust survivors and victims of the Holocaust… Below are a few excerpts that I believe are particularly poignant:

13 year old Dawid Rubinowicz wrote a diary of the atrocities he witnessed from humanity. Dawid’s diary ends mid-sentence, and it is believed he was sent to Treblinka extermination camp shortly after.

“When the two women caught sight of the Germans they began to flee, but were overtaken and arrested. They intended shooting them on the spot in the village, but the mayor wouldn’t allow it. They then went into the woods and shot them there. The Jewish police immediately went there to bury them in the cemetery. When the cart returned it was full of blood. Who….” – Dawid Rubinowicz, June 1st, 1942, 13 years old [2]

19 year old Julius Feldman wrote a diary from the Kraków Ghetto. His writing describes a bleak environment of fear, pain, and uncertainty as rumors spread throughout the Ghetto. Like Dawid, Julius’ diary ends mid-sentence, and it remains uncertain how Julius was murdered during the Holocaust.

“At the corner of Jozefinska Street and Krakusa Street, we were stopped by Mr. Goeth who caught the children and other people in our ranks who wanted to save themselves, and then he beat them and kicked them savagely. We did not know then exactly what lay in store for them and what sort of fate our ‘masters’ were preparing for them. But what can we do? We are defenseless and must do what they order us to do, accepting everything as being ‘for our own good.’ After standing for a long time we finally marched out of the ghetto, which was completely deserted. More and more frequently, we could hear rifle shots aimed at children or old people.” – Julius Feldman, March 15th, 1943, 19 years old [3]

Holocaust survivor and Sonderkommando at Auschwitz Shlomo Venezia wrote a memoir regarding his time inside of the gas chambers at Auschwitz. Shlomo’s account is particularly harrowing, but his account reminds us of the atrocities that occurred.

“People often imagine that the gas was thrown in, and there you were, the victims died. But what a death it was! . . . . You found them gripping each other – everyone had desperately sought a little air. The gas was thrown onto the floor and gave off acid from underneath, so everyone tried to find some air, even if each one needed to climb on top of another until the last one died.” – Shlomo Venezia, Holocaust survivor, 20 years old upon selection for Sonderkommando [4]

Elsa Binder was in her early twenties when she described the Holocaust as it unfolded before her in the Stanisławów Ghetto. Her diary depicts an inquisitive mind that never relinquished hope, but wrote deeply about the brutality that engulfed her life. She is believed to have died in a mass execution in 1943.

“Now, when my youth is blooming-and this happens only once for each human being-I am to die without having experienced anything good in life? Why? was it a sin to be born to a Jewish mother? Have I ever hurt anybody? Why is a man, who is my peer and whom I see for the first time in my life, my deadly enemy, why can he kill hundreds of thousands of innocent people?” – Elsa Binder [5]

These quotes depict an environment that the human mind cannot fathom, but one that the Nazi regime was able to enact through vicious propaganda, incitement, and empowerment of those whom would perpetrate these crimes against humanity. Brutality that was enacted upon an innocent population, and this brutality had no concern for age. The disregard for life can be felt in the words of the victims, and in the testimony of the survivors. The bleakness of today and the uncertainty of tomorrow can be seen in the rumors that traveled throughout the imprisoned Jewish community. A common theme that seems to be often overlooked is the theme of hope. A hope that one day they will be free, and that they will be able to live the rest of their lives. Six million Jewish victims did not get to live out that hope, and those who did survive continued to suffer for decades with guilt and the memories of the atrocities that had been committed before them.

[4] Inside the Gas Chambers – Eight Months in the Sonderkommando of Auschwitz. Shlomo Venezia.

About the Author
Shawn Harding is the founder of The Holocaust Blueprint. Shawn works to create educational materials for free for users across the world to visualize the Holocaust and obtain information in relation to it.
Related Topics
Related Posts
Comments