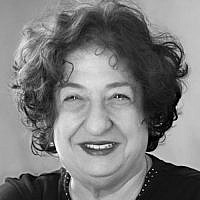 The Blogs
Heddy Abramowitz
Artist Living in the Eye of the Storm
Apply for a Blog
Please note that the posts on The Blogs are contributed by third parties. The opinions, facts and any media content in them are presented solely by the authors, and neither The Times of Israel nor its partners assume any responsibility for them. Please contact us in case of abuse. In case of abuse,
Report this post.

International Holocaust Remembrance Day is upon us. This relatively new day in the international calendar, passed by UN resolution in 2005, falls on the day that the notorious death camp, Auschwitz-Birkenau, was liberated by Soviet troops, Jan 27, 1945. 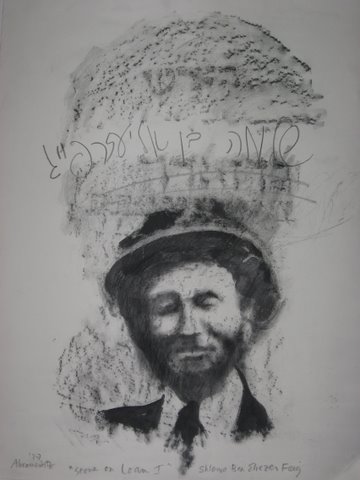 Current events seem to hurtle at me like a rain-swelled river that is rushing and pushing beyond its banks. A conversion of items drew my attention. Angela Merkel, the mama of open arms welcoming the Arab refugees with generous government giveaways came out with this statement, as reported in Times of Israel:

‘Anti-Semitism is more widespread than we imagined. And that is why we must act intensively against it,’ Merkel, who on Monday will inaugurate an exhibition in Berlin titled ‘The Art of the Holocaust,’ said in her weekly video podcast.

Ya think? I don’t know what I find more appalling, the ignorance, feigned or otherwise, of one of the leaders of the free world to the depth of the oldest hatred, or that the leader happens to be the German Chancellor.

Merkel, is one of the more strident amongst world leaders in naming the evil that is on her doorstep. Her statement comes on the tails of the re-publication of Hitler’s Mein Kampf, a mere 70 years after the  Holocaust, still within the lives of many protagonists and surviving victims. But, not to worry, now you can read the mad man’s words with annotation to fill in the context for you for the weltanschauung that was responsible for the murder of millions, innocents, predominately Jews, in the name of a dark ideology. It sold out within hours on its first day on the shelves. If these readers are as lazy about reading as I once was, those annotations will hardly be noticed, thus bringing the nefarious message of the original to new and younger audiences.

Should she really want to understand the depths of anti-semitism, I suggest that she and her parliamentarians start wearing Jewish symbols. Star of David necklaces, yarmulkas, kippot, and hair coverings will be an instant way to heighten awareness, as was briefly undertaken this month by two French parliamentarians in protest of the call for Jews to cease identifying outwardly with their religion.

And less than two weeks ago, Iran, after signing the much-touted nuclear pact promoted by Obama, Kerry, and their European partners, sponsored a contest for cartoons denying the Holocaust. With a $50,000 grand prize, that is no laughing matter. Just when I think crassness has reached its limits, I am newly surprised. Oh yes, the same Iran that is the focus of a coming US policy of normalization.

I wonder whether it is just me that connects the dots. Normalization with Cuba, a poor country not yet propped up as it once was in the Cold War by the USSR is not the same as normalization with Iran, with a nuclear program in (apparent) hiatus, and huge sanction sums now released back into its economy, an active aggressor in the Middle East and exporter of terrorism worldwide. This same Iran vocally and publicly calls for the annihilation of Israel. Call me Chicken Little, but my internal red flags are waving wildly.

Amongst the innocents who were murdered in the Holocaust that is marked today were my grandparents, my mother’s 6-year old twin sisters (never becoming old enough to become my aunts) who were murdered at the hands of the notorious Dr. Mengele as part of his ’research,’ aunts, uncles, cousins, and nameless and faceless relations now lost to memory. Those were the ones who died on the pyre of Aryan philosophy. Official ceremonies, wreath-laying, and museums cannot bring them back. And the evil that led to their deaths is being resuscitated. Even Angela Merkel noticed.

What about the ones who lived? It should go without saying that the brutality of those times was inhumane and beyond comprehension.

Some people became broken, some became embittered, and some very special people learned to be optimistic and loving.

My mother who survived Auschwitz was emotionally scarred for life. Yet, she lived, had a family, and rebuilt her life from nothing.

My own grandfather, Shlomo Feig. z”l, also was on the same death march, and was killed two days before liberation, on 25.1.45. Above is a drawing I made in his memory from my series “Stone on Loan.” I used a rubbing from a cemetery headstone in Prague to serve as a substitute head stone for him, who had no permanent resting place. That was all I could do to serve his memory.

Another way is to rejoice in life.

And so we find inspiration in a falafel stand in Ashdod. The People of Israel Lives and Eats Falafel and Is Content. So says one Dugo of Ashdod, originally Duvid of Bulgaria. He celebrated this week his survival of the most deadly of the Death Marches, from Auschwitz-Birkenau on January 18, 1945.

How does one celebrate a personal miracle? Dugo invited all comers to join him and eat falafel at his stand to celebrate life. In the short video clip of that day, his glowing face is shown, referring to all the kids as all his children, delighting in the joy of sharing his good fortune to have survived. He shows his innate humor and optimism when rolling up his sleeve to reveal not one but two tattoos on his left forearm. The story of how he got them is not shared, only joking that it was a two-for-one special. Singing “The People of Israel Lives” (Am Yisrael Chai) and noting the correlation of the word Chai, meaning life, with the number 18, which symbolizes life in Hebrew, as he marks the 18th of January as a confirmation of full stomachs, happiness, and sharing his love for his people.

Though the clip, produced and directed by Yankele Klein, is in Hebrew, it needs no translation to understand the outpouring of support and love for him from his steady clientele who joined him in dancing and singing, and especially eating.

When I think of the headlines and news stories of the day and the foreboding I have about the future I gain comfort from people like Dugo who manage to bring optimism and appreciation to their lives, despite harsh turns, and even in light of bleak news with echoes of the bad old days.

Dugo is an inspiration. Next year in Ashdod.

About the Author
Heddy Abramowitz is a Jerusalem artist. Born in Brooklyn, NY to Holocaust survivors, raised in the southern Maryland suburbs of Washington, D.C., she shelved her career as an Israeli lawyer in favor of her first love, painting, and exhibits her art in Israel and abroad. Some say she is a lawyer in recovery, others just shake their heads. Believing that art communicates when words fail, she reviews Jerusalem art exhibits in English to broaden audiences for art made in this unique city. She also occasionally weighs in on current events. Living many years in the Jewish Quarter in the Old City significantly affected her outlook on living here, a work in progress. Good dark chocolate is her one true vice.
Related Topics
Related Posts
Comments
Advertisement