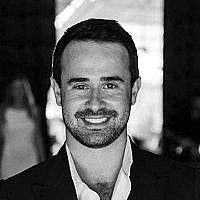 The Blogs
Sacha Roytman Dratwa
Apply for a Blog
Advertisement
Please note that the posts on The Blogs are contributed by third parties. The opinions, facts and any media content in them are presented solely by the authors, and neither The Times of Israel nor its partners assume any responsibility for them. Please contact us in case of abuse. In case of abuse,
Report this post.

When Elie Wiesel gave his Nobel Prize acceptance speech in 1986, he said: “Action is the only remedy to indifference: the most insidious danger of all.”

For a long time, it seemed that the only truly dangerous assault on Holocaust memory was “Holocaust denial,” where the perpetrator would outright deny the Holocaust took place or at least central elements to it.

While those perpetrating Holocaust denial were thankfully few and far between, and usually consigned to the margins, an equally grave threat is rearing its ugly head in the form of Holocaust trivialization.

Unfortunately, like many forms of extremism, Holocaust trivialization is gaining momentum during global and societal unrest due to the Coronavirus pandemic.

For almost two years now, we have seen the cooption, appropriation and thus the trivialization of the Holocaust by those who object to certain government policies to combat the spread of the virus.

An unprecedented research study recently commissioned by the Combat Antisemitism Movement (CAM) showed that since the beginning of 2020, there have been more than 60 million online engagements linking pandemic-related issues with Holocaust terminology.

Only a couple of weeks ago, a Polish anti-vaccine rally was organized by extreme-Right Members of Parliament where participants held up a banner that said in Polish “Vaccination Makes You Free.” This slogan is of course outrageously referencing “Arbeit Macht Frei” (“Work Makes You Free”), which was put by the Nazis on the entrance to the concentration camp Auschwitz-Birkenau.

In November, protestors in Novara, a city in northwest Italy, wore costumes with numbers on them, reminiscent of what concentration camp inmates were forced to wear in the Holocaust, as they protested their country’s COVID ‘Green Pass’.

Similar use of Holocaust imagery has been witnessed at COVID-related protests in amongst others, the US, Canada, Germany, the UK and New Zealand, and even Israel.

Though almost all of these manifestations were condemned by the leaders of their country or locale, it represents a very disturbing trend that must be dealt with.

To compare restrictions necessary to save lives with the intolerable and inhuman torture and murder of six million Jews, and others, is an assault on history and memory.

It should be treated as akin to denial because it is downgrading the Holocaust to some mere restrictions. This in essence denies the central aspect of the largest industrial mass murder of a people in history. It should not need repeating, but no one is being targeted for murder simply because of who they are in any government Coronavirus directive.

These protestors, whether through ignorance or malevolence, are actively denigrating the memory of the Holocaust by trying to compare the trivial with the bestial.

There are thousands of other ways these protestors could have chosen to air or represent their grievances but the fact that they chose Holocaust imagery demonstrates the current status of Holocaust memory.

On the one hand, the protestors have shown by their actions that Holocaust imagery is meant to outrage because it is rightfully a ‘sacred cow’ of western civilization, and on the other they are presenting the Holocaust as just another “detail of history” as French Extreme-Right and antisemitic politician Jean Marie Le-Pen once described it.

Especially younger people who witness or take part in the protests will start to imagine a Holocaust that was mere discomfort and restrictive rather than the genocide that it was.

That is why, alongside greater education about the Holocaust, governments must also criminalize the cooption, appropriation and trivialization of symbols relating to the Holocaust. Seventeen countries currently have laws against Holocaust denial and many more have broader laws that criminalize it.

These laws should be expanded to proscribe the misuse of Holocaust imagery. Such symbolism should not be in the public space because they are a direct affront to the memory of those killed during the Holocaust.

It is a form of denial and should be banned, because as we know, the denial of the Holocaust is never part of an honest or intellectual inquiry, but always a front for expressing hatred and aspersions against the Jewish People.

The appropriation and trivialization of Holocaust imagery should be banned as a form of hate speech.

More than that, we need to take the Holocaust out of debates like the restrictions surrounding the spread of the coronavirus, because by allowing it, a whole generation, increasingly bereft of the voice of Holocaust survivors, may start believing it to be something that it wasn’t.

This will in turn provide fertile ground for future Holocaust deniers who like to provide different versions that lessen and weaken its impact for their nefarious intentions to cleanse the Nazis of mass murder. This can not be allowed to happen, because this would then give a tailwind of legitimacy for those who wish to copy Nazi policies, principles or beliefs.

This is not just a threat and danger to Jews, but to all of our societies.

So, there is a need to stop this process of Nazi rehabilitation by banning the trivialization and appropriation of the Holocaust.

That is why, as Elie Wiesel said, we need action. We can no longer remain indifferent to these manifestations, because while they might seem outrageous but largely harmless, they have the capacity to set off a short chain of events that could become “the most insidious danger of all.”

About the Author
Sacha Roytman Dratwa is the CEO of the Combat Antisemitism Movement (CAM), a global coalition of organizations and individuals united to combat Antisemitism.
Related Topics
Related Posts
Comments