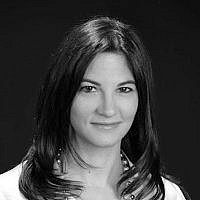 To many Turkish citizens who are unfamiliar with Jewish religious music, certain Turkish Jewish liturgical hymns would sound like any other Turkish music that originated in the Ottoman Empire. Listening to a record by Hazan Aaron Cohen Yasak, a Turkish-Jewish cantor, brought back memories of my grandfather listening to Türk Sanat Müziği (Türkish classical music). I was fascinated by the resemblance of these Jewish hymns to the music I grew up with. I wasn’t even sure if I was hearing Turkish or Hebrew. It was as if I was overhearing some Ramadan prayer programs on Turkish television in the background. This coincidental discovery encouraged me to dig deeper into this shared melodic mode and get involved in music diplomacy in Los Angeles projects highlighting maftirims.

The unique Turkish-Jewish liturgical tradition called the Maftirim are mystical poems sung in the Eastern/Ottoman melodic mode as a prelude to the Shabbat service or special occasions. Edirne was once home to a large Jewish population and at the same time hosted Muslim sufi orders. The former capital of the Ottoman Empire, Edirne, inspired a generation of Jewish sufi mystics who were influenced by Mevlevi dervishes. The maftirim emerged in the Ottoman city of Edirne in the 18th century as a result of collaboration between Jewish mystics and Mevlevi sufis. Maftrims suggest how centuries of coexistence and cultural interactions between Jews and Muslims have influenced eachother.

Just like Ladino, Maftirim too is an endangered intangible cultural heritage. Thousands of maftirims that are historically an oral tradition have been lost. The remaining small number of maftirims today represent the shared cultural heritage and the deep history of Sephardic Jews in Turkey. Although there is a maftirim choir in Istanbul, it is almost impossible to hear them outside of services. Turkish Cantor Aaron Kohen released his first album ‘Maftirimler’ in 2001 which was the first public effort to present this Sufi Jewish tradition. Karen Gerson Şarhon’s efforts in preserving maftirims are notable especially given the 4 CD collection compiled by the Sephardic Center Of Istanbul that is more widely accessible. Turkish musician Kudsi Ergüner’s Ensemble Birun held a workshop in Venice in 2015 bringing together ethnomusicologists and performers. The Eastern sufi inspired liturgical tradition has been more recently arranged in the Western musical tradition by composer Hakan  Ali Toker with the efforts of Turkish-American pianist Ayşe Taşpınar Gatenyo.

More recently, I had the privilege to attend the world premiere of ‘Yan Yana’ composed by Grammy Award Winner Turkish composer Erberk Eryılmaz, commissioned by Yunus Emre Institute at the Aşkına concert in Los Angeles on June 12th. Yan Yana was inspired from the popular hymn Hadesh Kekedem Yamenu and combined the essence of Jewish mystics, Eastern maqams and Western melodies. True to the spirit of the maftirims, Yan Yana was even more meaningful because it was a Jewish liturgical song composed by a (non-Jewish)Turkish composer performed by Jewish vocals and orchestra. Hazan Haim Mizrahi, the cantor of Sephardic Temple Tifereth Israel who was the hazzan of the world renowned Neve Shalom Synagogue for years shared the stage with the orchestra. Aşkına concert represented the shared cultural heritage between Jews and Muslims not only through the pieces that were presented but also the performers. World renowned sufi ney virtuoso Ömer Faruk Tekbilek performed Yan Yana together with the Los Angeles Jewish Symphony. Jewish Americans, Turkish Americans and other ethnic and religious groups were present at this spectacular event perhaps hearing a Turkish-Jewish hymn for the first time. Hearing Yan Yana reminded me of how amazingly diverse Turkey’s culture is and the centuries of coalesced culture between various ethnic and religious communities in the Ottoman Empire.

Just like the children of Abraham came together side by side to develop this musical tradition, last month they came together to share this tradition with others. Only they can work together to protect this unique but forgotten Turkish-Jewish tradition and to share with the world the existence of this incredible history that emerged in the Ottoman Edirne.

About the Author
Senem B. Çevik, Ph.D, is a communication scholar specializing in public diplomacy. She taught international studies courses at UC, Irvine and UCLA. Her research focuses on the intersection of identity, communication and psychology with an emphasis on Turkey and the Middle East. She is a member of the International Dialogue Initiative (IDI), Turkey-Israel Civil Society Forum (TICSF) and American Jewish Committee (AJC) Abraham Society MJAC. Dr. Cevik is currently continuing her research at UCI CEM.
Related Topics
Related Posts