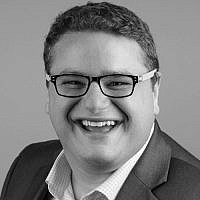 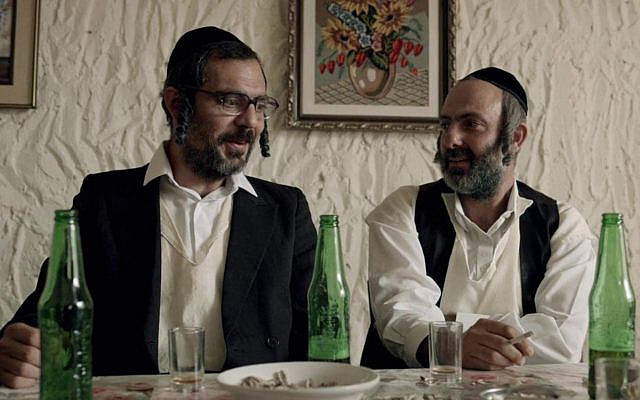 Farshlufen a reason for hope in these troubled times!

Shtisel the hit Yes/Netflix show has won the hearts of many, in the latest series many significant topics are covered from surrogacy to death and mental illness. We can always draw lessons from deeper analysis of fictional characters and there are many deep topics to analyze within the stories of Shtisel but believe there is an overlooked hero of the series.

Fashlufen (left) is the bumbling dropout friend of Akiva, one of his drinking crew who spends their time whiling away the day eating cholent and kugel washed down with beer and brandy in Gitti’s takeaway. Akiva is suffering, unable to pull his life back together he descends into despair and alcoholism. Not taking his responsibilities seriously he sends his appropriately nicknamed friend “Farshlufen” translated as dopey or sleepy to pick up his young child from kindergarten. He proudly returns but with the wrong child. The situation is the trigger that descends Akiva into deeper problems when the child is removed by social services and is the catalyst for a chain of events that finally forces Akiva to get his act together and ultimately build a meaningful relationship with Racheli.

At the point of Farshlufen’s screw up and the resulting catastrophic consequences Akiva’s is at rock bottom, it is only then that things start to turn around. At first sight, things go from bad to worse but once we scratch beneath the surface we understand that without Farshlufen’s screw up Akiva may never have been able to dig himself out of the hole he was in.

Farshlufen’s error led to Akiva’s ultimate salvation. Often it is darkest just before the dawn, we never know the true reason why things happen but it might have just been what was needed at that point for Akiva to pull himself together and bring Racheli into his life.

Even today when things look as bad as they can get where mistakes are being made by Fashlufen leaders we have to have faith that those mistakes may ultimately lead to a better outcome and a way out of the darkness.