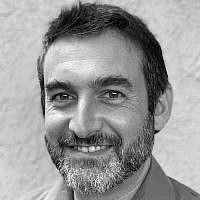 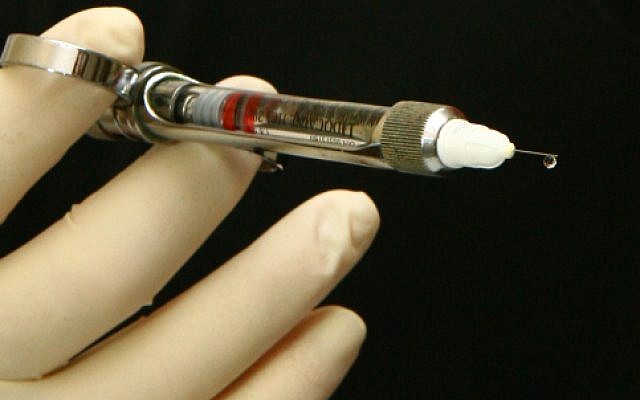 Recently, Amnon Levi, the host of Panim Amitiyot (True Faces, an Eser Channel TV interview show), did a segment titled “Castration among Hasidim” about a young man named Pini Landau, who recently left the Gerrer Hasidim. The story is as simple as it is troubling. Pini Landau was a 20-year-old Gerrer Hasid who lived in a yeshiva dormitory in Arad, in which many things that the average western person — secular or religious — finds normal are forbidden. One of these things is a smart phone.

According to Pini’s explanation, the assumption is that if a young man has internet access, it is guaranteed that he will use it to watch pornography. Pini had previously been caught with a cellphone, so he was considered a repeat offender. Thus, he was presented with a choice, either to be kicked out of the yeshiva or take medication that would make him stop behaving wickedly.

Pini was already taking a number of medications: Methylphenidate (for ADHD), Risperidone (an antipsychotic) and Sertraline (an antidepressant), so the idea of taking medication wasn’t particularly frightening to him, and he agreed. The medication that they wanted him to take was Decapeptyl SR (triptorelin), which is a Gonadotropin-releasing hormone agonist (GnRH–A). What that means in simple English is that it is a hormone suppressor. In women, it suppresses estrogen, in men, testosterone.

The drug has many medical uses for people with different needs. It is used by women going through in vitro fertilization to help control ovulation. It is used to treat prostate cancer (prostate tumors feed on testosterone). It is used to block puberty in children with precocious (=early) puberty and in children with gender-dysphoria (to give them time to mature and think about what they really want). Male-to-female transsexuals take the drug to suppress masculine traits.

It is also given to sex offenders; without testosterone, sexual desire in men plummets to virtually non-existent, so in some states and countries, rapists or pedophiles are offered reduced sentences in exchange for agreeing to take the drug.

In addition to suppressing sexual desire in men, it also brings about a number of body adjustments that give the man female secondary sexual characteristics such as breasts. This is only one of the many unfortunate side effects of the drug, others include osteoporosis, severe weight gain especially in the abdominal area (in medical terms, “increased visceral adiposity”), impaired glucose tolerance, abnormal amounts of lipids in the blood (dyslipidemia), and emotional disturbances. It is counter-indicated for people with depression, and in general, anyone taking the medication has to be seen regularly by a doctor to monitor the side effects and make sure the patient is healthy and safe.

All of the above information is easily found on the internet, to which Pini had no access once they took his smart phone. It is also something that should have been explained to him by his doctor.

According to the Amnon Levi report, the doctor to whom the yeshiva referred Pini is a psychiatrist in the Haredi community named Michael Bontzel, an American immigrant who has been the physician of choice for the Gerrer community for ten years. Before sitting in Dr. Bontzel’s office, Pini was coached by the yeshiva’s powers-that-be about what to say.

He could not go into a doctor’s office and say that he wanted to take hormone suppressant medication because he bought a smart phone. What could the doctor write in his notes to defend such a thing? So Pini needed to say something along the lines of, “I am haunted by desires that are hurting my quality of life. I just want these thoughts to go away.”

On the face of it, such a request sounds “reasonable.” Perhaps the young man has obsessive tendencies that are torturing him or desires that could lead him to put others in harm’s way. But the doctor could also wonder about the more likely alternative, that this could be a rehearsed and curated cover story that the boy was being forced to recite to get the drugs his teachers and administrators wanted him to take.

What the Doctor Should Have Said

The decision to give a 20-year-old boy a GnRH–A is serious,[1] and the fact that this doctor was so familiar with the Ger community means that he must know the kind of pressures that can be brought to bear on such a boy to stop him from “sinning.”

In my view, he needed to have a candid and private conversation with Pini, and say the following:

“Young man, it is, of course, your right to ask for this medication but first we need to clear the air. As this drug will entirely suppress your sexual drive and has painful side effects, including the possible growth of breasts, the loss of bone material, and extreme weight gain, we need to be sure that this treatment is what you need.

“It may be that these behaviors are religiously prohibited in our world, but they are not abnormal, psychologically speaking. And it is very questionable for me as a doctor to prescribe medication that isn’t medically indicated.

“Do you want to tell me a little more about what you are going through? Are you really sure that suppressing your sex drive entirely and risking all those side effects is really what you want?”

Perhaps at that point, Pini would have told him that his yeshiva was forcing him to ask for the drug because he bought a smart phone. Perhaps Pini would have withdrawn his request at this point and said that this was too high a price to pay to stay in yeshiva. But the doctor did not give this speech; he merely prescribed the meds and Pini took them and suffered.

The doctor seems to have been willfully blind to the situation. When Pini confronted him in the segment and asked him how he could have prescribed him those meds, the doctor’s response was to repeat in a mantra-like form, “you were twenty years old and legally responsible for your own actions.” Yes, this is likely true in a narrow legal sense, but this sounds more like legal cover than a real response.

In Charles Dickens’ Great Expectations, the main character named Pip needs to speak to his lawyer Mr. Jaggers about his (Jaggers’) client named Abel Magwitch, who had been exiled to Australia but was now illegally back in England.

Throughout the conversation, every time Jaggers mentions Magwitch, he adds the phrase “of New South Wales.” He is doing this because he knows full well that Magwitch is in England; Jaggers is overcompensating to cover himself.

To me, Dr. Bontzel’s “you were a legal adult” sounds an awful lot like Jaggers’ “of New South Wales.”

Looking to the future, it is clear that we have a problem in the world of Gerrer Hasidim and perhaps even in more yeshivot. Young men are being medicated as a crutch to help these authority figures control their behavior. According to the segment, Pini’s case is just one example of a pervasive phenomenon that has likely been foisted on hundreds of young men in Pini’s situation for years, maybe even decades.

If it wasn’t obvious to doctors that the vast majority of yeshiva bachurs asking for hormone suppressants are examples of spurious use, forced on these boys by the undue persuasive power of the authority figures in that world, it should be now. And thus, as a society, it is incumbent upon us to stop this “medical abuse,” and doctors need to be extra cautious about yeshiva bachurs showing up asking for hormone suppressants.

No yeshiva should be allowed to pressure young men to medicate themselves as a way of ensuring that these boys comply with the community’s strict religious norms. This is abusive behavior and should be identified as such in our statutes. Moreover, we need to ask ourselves if doctors who are colluding with this behavior, whether for ideological reasons or financial gain, should be allowed to continue practicing medicine here.

[1] On one point, I have a serious quibble with Amnon Levi’s presentation. When he was interviewing Dr. Tzahi ben Tziyon, the doctor explained how the drug works by suppressing testosterone. Dr. Ben Tziyon explained that it was called “chemical castration” once because both procedures shut down testosterone production. Never did he imply that the effects are permanent, like castration. Yet, Amnon Levi kept responding by saying that “so they are essentially castrating him.” I feel that he was being willfully obtuse in order to use a sensationalist term “castration” that brings up the horrible image of permanent loss of libido, impotence, and even sterilization. As Pini complains of loss of libido even eight months after taking the drug, this could be a possible side effect. Nevertheless, permanent or even long term loss of libido is certainly not the medical function of the drug or a normal effect of it. And yet, the title of the segment is “Castration among Hasidim.” I worry that the Ger community and its doctors will grab hold of this unfortunate description and call “witch hunt.” It is never good to turn a horrible behavior into a monstrous behavior for rhetorical reasons. It is distracting, and as the Rabbis say “if you grab too much you get nothing” (תפשת מרובה לא תפשת).