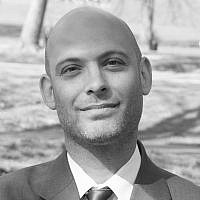 The Blogs
Daniel Treiman
Apply for a Blog
Please note that the posts on The Blogs are contributed by third parties. The opinions, facts and any media content in them are presented solely by the authors, and neither The Times of Israel nor its partners assume any responsibility for them. Please contact us in case of abuse. In case of abuse,
Report this post. 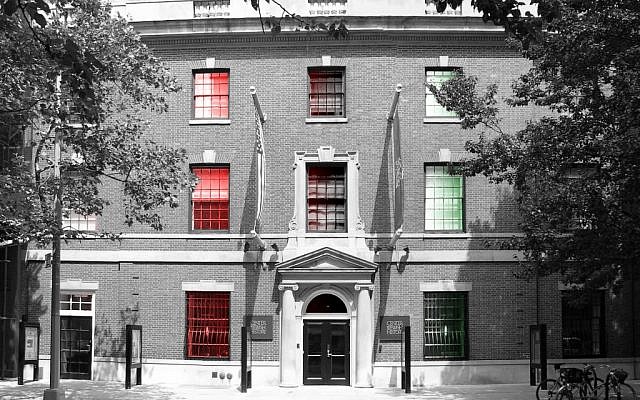 NEW YORK (JTA) — Last month, New York’s Center for Jewish History was the target of a right-wing campaign seeking to oust its new president, David Myers, over his dovish views on Israel. The campaign drew an appropriately outraged response from leading Jewish scholars, who rallied around Myers, a highly regarded historian who has publicly opposed the anti-Israel BDS — Boycott, Divestment and Sanctions — movement.

Now, one of the five independent historical organizations housed at the center, the American Jewish Historical Society, is also coming under attack. This time, however, the most consequential attacks are coming not from the far right but the far left. Anti-Zionist BDS supporters are masquerading as champions of free expression after their hijacking of the august and heretofore largely apolitical AJHS was foiled.

The latest controversy erupted into public view last week when AJHS’s board canceled two events that the society had been scheduled to host: a play by the anti-Zionist playwright Dan Fishback on intrafamilial disagreements about Israel and a discussion on the Balfour Declaration that was co-sponsored with the BDS-backing Jewish Voice for Peace. The cancellation came the same day as an article criticizing AJHS for hosting the events appeared in the far-right FrontPage Magazine.

Fishback and JVP immediately cried foul. Fishback, a JVP and BDS supporter, complained of “silencing and censorship.” JVP’s executive director, Rebecca Vilkomerson, decried what she called AJHS’s “shameful caving to rightwing pressure.” The New York Times picked up on the ensuing “backlash” from various cultural figures angered by what they saw as AJHS embracing censorship. 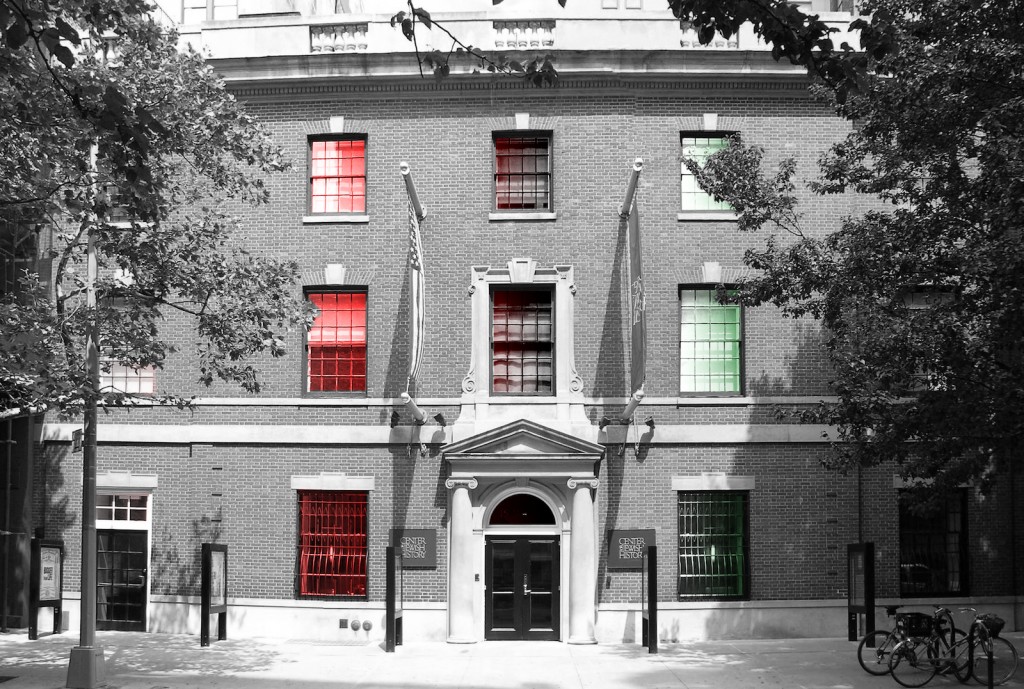 Critics focused on the cancellation of the play, “Rubble Rubble,” casting Fishback as a superficially sympathetic-seeming party in the drama. But the play’s cancellation cannot be understood in isolation.

For starters: Why was AJHS hosting a discussion with Jewish Voice for Peace on the Balfour Declaration — with a panel consisting of a Palestinian activist in dialogue with a JVP activist, neither of whom is even a historian? Would AJHS also host a panel discussion on the Oslo Accords sponsored by a far-right pro-settler group like Women in Green? I doubt it.

AJHS, consistent with its focus on American Jewish history, does little Israel-related programming. But the planned Balfour Declaration panel was not even the only event in partnership with JVP. Earlier in the year, AJHS partnered with JVP to host an event with an anti-Zionist Ethiopian Israeli activist. AJHS also was publicly offering discounted tickets to JVP members for Fishback’s play about Israel.

These three events, it’s worth noting, seem to be the only Israel-related programs hosted by AJHS in 2017. It’s simply not as if AJHS was hosting tons of Israel programs — or even many plays — and then singling out Fishback’s performance for cancellation because some people complained about his views on Israel.

Here’s the real question: How is it that American Jewry’s leading historical society came to select a fringe anti-Zionist group as its sole interlocutor on Israel-related programming?

AJHS’s director of programming, Shirly Bahar — who publicly supports the boycott of Israeli academic institutions — announced the society’s fall schedule with the declaration that she had worked to foster “critical, edgy, and politically challenging cultural and academic programs where difficult conversations about Mizrahim, Jews of Color, Palestine, cross-cultural solidarity, and anti-racism are highlighted rather than censored.”

The result, at least as far as Israel programming, seems to have been a schedule that reflected only one very particular strand of thinking on Israel — one that is far removed from the views of the overwhelming majority of American Jews.

The AJHS board officers did not seem to be aware of this sudden slant in the society’s programming until quite recently, as a source confirmed to the Forward. Ultimately, members of the AJHS board decided to cancel the events, with AJHS stating that “they do not align with the mission of the AJHS.”

The Jewish community does have genuine problems with campaigns to stigmatize and shut down people based on their views on Israel. Too often those who criticize Israel — liberal Zionists and anti-Zionists alike — are subjected to campaigns of invective and incitement. The right-wing campaign against David Myers is a prime example.

That’s not what happened at AJHS. Rather, an anti-Zionist fringe coopted the programming of a mainstream Jewish institution, then cried “censorship” when the institution’s board realized what was going on and put a stop to it.

Moreover, JVP and Fishback don’t exactly have the strongest standing to complain about shutting down or stigmatizing others. This is the same JVP that tried to shame LGBT supporters of Israel who marched in this past summer’s Celebrate Israel parade in New York by disrupting their contingent. This is the same Fishback who defended pro-Palestinian activists who shut down an event by a pro-Israel LGBT group at a conference hosted by the National LGBTQ Task Force.

Activists like these appear all too happy to see those with whom they disagree shut down or shouted down. And they seem equally happy to aggressively try to coopt the Jewish institutions to which they can gain entry. When they are denied, they kvetch about being silenced.

AJHS was the collateral damage. Now it faces the wrath of those who were wrongly led to believe that AJHS “caved” to right-wing censors. And AJHS has alarmed constituents who wonder why a preeminent communal historical institution would subcontract its Israel programming to a widely loathed anti-Zionist group.

But if AJHS came out as a loser, there were also winners. The incident gave new ammunition to those on the far right who are now trying to smear David Myers and the Center for Jewish History for the programming decisions of AJHS, an independent organization. And JVP gets to resume its favorite posture: righteous “silenced” victim.

Daniel Treiman, a recent graduate of New York University School of Law, is a former managing editor of JTA and a former opinion editor of the Forward.

About the Author
Daniel Treiman is a graduate of the New York University School of Law. He is a former opinion editor of the Forward and a former managing editor of the Jewish Telegraphic Agency.
Related Topics
Related Posts
Comments
Advertisement