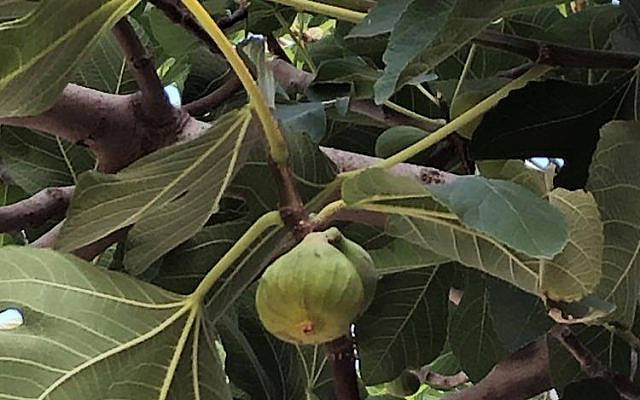 This week’s Haftara from Yirmiyahu 1:1-2:3 is the first of the three “Haftarot of Calamity” which are read between the 17th of Tamuz and Tisha B’Av. Although chapter one describes the upcoming destruction, the last three verses in our Haftara (Yitmiyahu 2:1-3) leave us on a positive note:

And the word of God was upon me, saying, “Go and proclaim in the ears of Jerusalem saying, ‘Thus said God: I remember for your sake the kindness of your youth, the love of your bridal days, your following Me in the wilderness, in a land not sown. Israel is holy to God, the first of His grain; all who devour him shall be guilty, evil shall come upon them- the word of God.’”

God asked Yirmiyahu to make a proclamation of His prophecy to Israel: I remember when you were prepared to follow Me into the unknown of the desert which is not an easy place to live.

Rashi asks: What was the “loving kindness of your youth”? Your following my messengers, Moshe and Aharon from an inhabited land to the desert without provisions for the way since you believed in me.

Radak interprets the “love of your bridal days” as the giving of the Torah, when B’nei Yisrael were compared to a bride and God was compared to a groom.

I found Yisrael like grapes in the wilderness; I saw your fathers as the first ripe fruit in the fig tree at her first season.

This finding is compared to the find of grapes in the wilderness by the wanderer. The finder found a treasured object in a place where he least expected it. He saw the encampments of those camping at the foot of Mount Sinai and they appeared to him as first ripe figs at their season, producing fruit for the first time.

Why are B’nei Yisrael being compared to the first of God’s grain in the last verse of the Haftara?

Israel is being compared to the Truma, the first of the harvest which is consecrated to God and is given to the Kohen and his family to eat. The Truma is considered “kodesh”, holy and strangers may not partake of it as we read in Vayikra 22:10:

No layman shall eat “kodesh” (of the holy); one who resides with a Kohen or his laborer shall not eat “kodesh.”

Truma is also called “reishit”, the first or the best, as we see in Bamidbar 18:12 which discuses the gifts to the Kohanim:

We learn from our Haftara that even though God was angry with B’nai Yisrael for sinning, He would never demolish them as He will always remember the days of their courtship in the desert and their marriage at Mount Sinai. They will always be his firstborn as they were the ones who said “naaseh venishma”, we will do and we will listen. No matter how outraged He is, God will never let the Jewish nation be fully destroyed.

As we admire the grape vines and fig trees growing in Israel, may we be reminded of God’s everlasting relationship with the Jewish people.