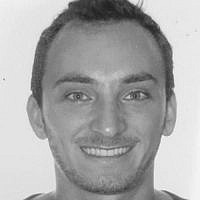 The Blogs
Dillon Melet
Apply for a Blog
Advertisement
Please note that the posts on The Blogs are contributed by third parties. The opinions, facts and any media content in them are presented solely by the authors, and neither The Times of Israel nor its partners assume any responsibility for them. Please contact us in case of abuse. In case of abuse,
Report this post.

Last October I took a trip to my old alma mater, California State University Long Beach. Like the state itself, Cal State Long Beach embodies the stereotypical relaxed and laid back atmosphere that Southern Californians are so proud of and which drives New Yorkers crazy. Between the years of 2010 and 2014, when I studied there, the general student body population hardly paid attention to the Israeli-Palestinian conflict raging over twelve thousand kilometers away. Even Beach Hillel, the on-campus Jewish student organization, wasn’t very active in the political scene and was more a clubhouse for students who wanted to meet other Jewish kids, have Shabbat dinners somewhere, celebrate Jewish holidays, or where non-Jewish students went to learn a little something about Judaism.

Unbeknownst to me, a change in attitude had been happening on campus. When I stopped by Beach Hillel I was treated to numerous accounts by Jewish students of feeling isolated, criticized, and, in one instance, a woman was subjected to a humiliating incident of having had trash thrown at her while hanging a support Israel banner. Even the faculty seemed muted. The Israeli student fellow there, who was attempting to recruit support from the university professors, had only managed to find three willing to publicly state support Israel.=

How had this changed happen so abruptly in the four years since I’d been at school? I knew that many universities had been experiencing a shift in student political views to something resembling a far left fringe movement that had increasing intolerance to dissenting viewpoints. Some groups even encouraged violence against speakers on the right, like the self-explaining title written after the riots that ensued after Milo Yiannopoulas visited; “Violence as Self Defense” published in UC Berkeley’s leading student newspaper, The Daily Californian. But most of the press had been focused on America’s largest and leading universities and I didn’t expect this hysteria to sneak up on my university.

It turns out that the anti Israel backlash on my campus didn’t start with the conflict with Palestinians, but rather on attitudes towards illegal migrants primarily from Mexico. The election of Donald Trump had generated enormous backlash by those students who were outraged by his 2015 comments calling many Mexican illegal migrants “rapists and murderers.” Protests began against the idea of building a wall, decrying the idea as both racist and ineffective. The general student population, most likely out of genuine support, joined in.

The protest over a border wall created an opportunity for another group, Palestine Legal, known for advocating for BDS legislation on American college campuses (also having being accused of doing so using aggressive and intimidating tactics against opponents). Partnering with the Muslim Student Association, the two groups took advantage of the protests to shift attention to the border wall separating Israel from the West Bank territories. Palestine Legal began publishing inflammatory articles denouncing CSULB for not caring about Muslim students and criticizing University President Jane Close Conoley for not being in support of BDS. Unfortunately it worked, and by May of 2017 BDS legislation had been passed through the student council. Many Jewish students now feel ostracized voicing their support for Israel in class and feel that many professors give incredibly biased lectures on the Israel Palestinian conflict.

CSULB is an important example of how violence and hysteria can reach even the most level headed of universities. Thankfully, in spite of past events, students at Beach Hillel told me about how they attend the meetings of the Muslim Student Association now that Palestine Legal has moved on, and how some come to Beach Hillel in return. One student described it as having a great relationship providing that they stay away from politics. More resources and support have been given to help encourage professors to speak out and speak up for Israel. One woman told me a story about how during a lecture a professor led his students to the “Apartheid Wall” display on campus and explained to the class how this was a perfect example of baseless and inflammatory propaganda. CSULB president, Jane Close Conoley, continues to be publicly against BDS. Beach Hillel continues to be a supportive structure for all students looking to learn a little about Judaism and/or Israel. I hope they continue to advocate and hopefully manage to change a few minds along the way. Their actions give me some reassurance and pride in being a CSULB alumni. So, from one side of the world to the other, רבה ותודה בהצלחה!

About the Author
This blog is an opportunity for me to practice doing research and to explore different issues, many of which I knew nothing about before writing the article. Feel free to send me any thoughts, opinions, suggestions, support, and/or hate mail to my email - dillonmelet@hotmail.com or you can message me directly on Facebook.
Related Topics
Related Posts
Comments