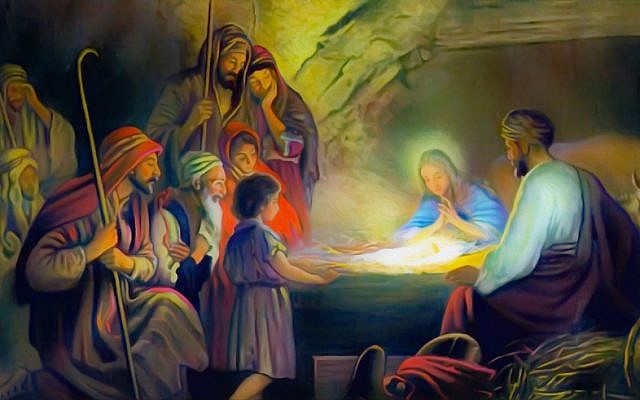 Welcome to the ninth installment of my blog about Gematria, the Merkabah and the birth of the Alephbet.  Today I’ll be looking at how biblical gematria was adapted to the Greek script, and giving some examples from the New Testament.

There have been few writers who specialize on the subject of gematria, so it suffers from having too few references, with the consequence that insufficient research by these writers can be given too much weight.  For instance, the writer Kieran Barry (1999) opined that gematria had Greek origins, which is completely untrue as I’ll demonstrate.

When Stephen J. Lieberman (1987) published his excellent paper ‘A Mesopotamian Background for the So-Called Aggadic ‘Measures’ of Biblical Hermeneutics?‘ he made it quite clear that Jewish gematria is as different from the Mesopotamian practice of “aru” as chalk is from cheese.

The chief problem that has hindered the research of most writers on gematria, was that the proper values of biblical gematria were popularly unknown and were not easily discoverable.  Biblical gematria gives the value 3 to both the gimel and the shin, and gives the value of 4 to both daleth and tav, and this duplication of the value is counter-intuitive to what most people believe a number set should be, and can cause some cognitive dissonance.  So I call Stephen Lieberman’s paper ‘excellent’ because he did the very best job he could do of analyzing the matter given that he, like many others, were using the wrong number set, and this explains why there are no convincing examples of gematria in the Torah using ‘standard’ values.

Likewise, when it comes to the Greek version of gematria; called Isopsephy, researchers have had exactly the same problem; to date they have been analyzing the texts of the New Testament using the wrong number set.  The correct number set is a transliteration of biblical gematria: 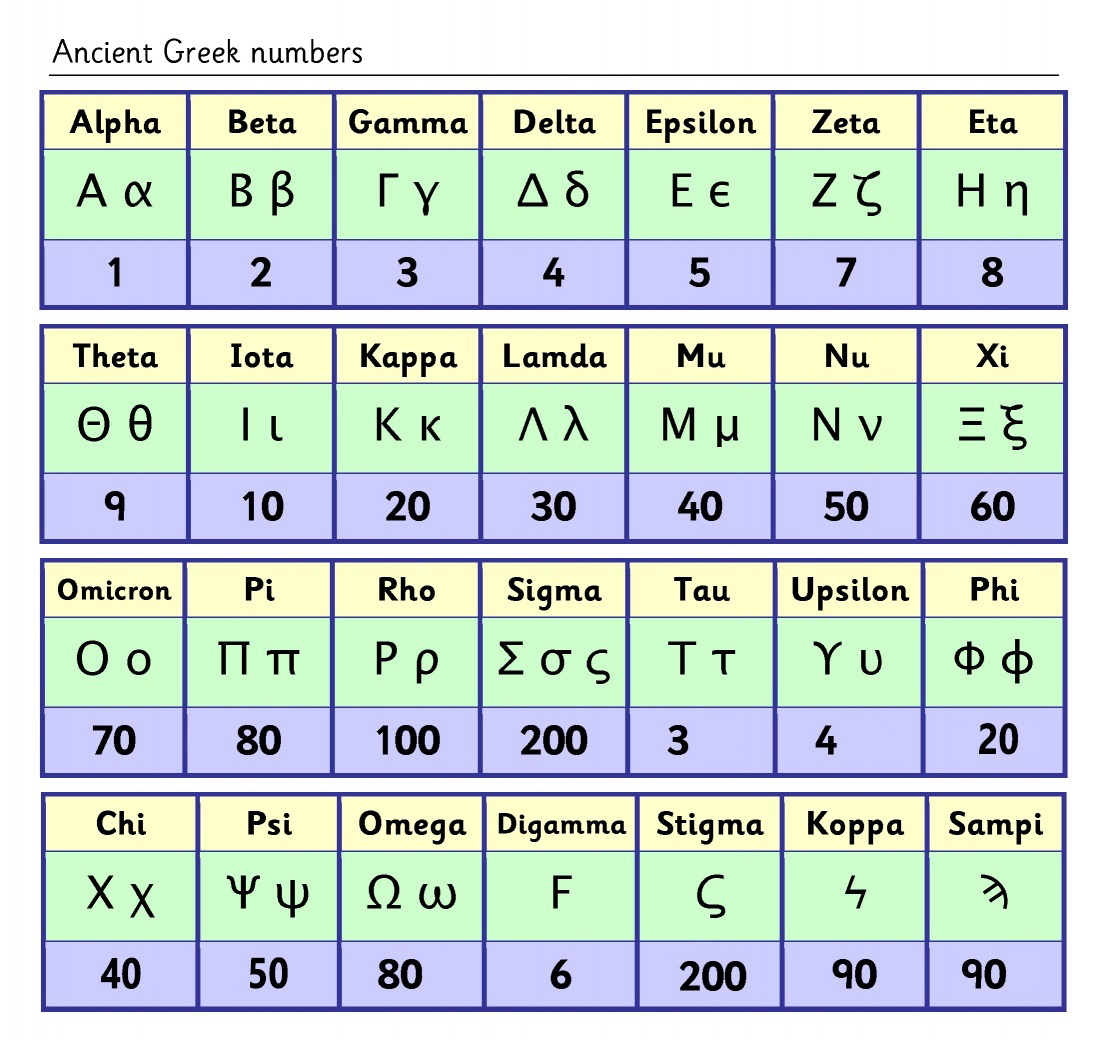 Isopsephy values of the New Testament.
It’s unclear how or when biblical gematria was converted to the Greek script, but it must have been done by someone Jewish or who had been Jewish – for instance a Jewish convert to early Christianity, and it’s possible or even likely that it was done by one of the Greek Jews who emigrated there shortly after the destruction of the second Temple.
The amount of work I’ve done with the NT is rather limited in comparison to the amount of time and study I’ve devoted with the Torah, but I can say with some confidence that the conventions of this gematria are of a different flavor.  For instance, there tends not to be the rigorous exclusion of small words and verbs from the calculations, and this may be because Greek words tend to return higher values than Hebrew ones, making it more difficult to construct calculations for smaller numbers without using the small words.  On the other hand some authors, like Matthew, follow the convention of dropping a signal when they have some gematria to follow.
Let’s start with a verse that has puzzled biblical researchers for centuries; John 21:10-11:

“Jesus told them, “Bring some of the fish you have just caught.” So Simon Peter went aboard and dragged the net to the land, full of large fish, one hundred fifty-three. And although there were so many, the net was not torn.”

For our next verse, let’s have a look at the gematria of the name “Jesus Christ”.  In Greek it is Ἰησοῦ Χριστοῦ which yields an Isopsephy value of 719‎, and this is significant because every twelve hours the hour hand and seconds hands of an analog clock align exactly 719 times, and perhaps the drips from a water clock would also coincide at this rate?  Possibly someone who is an expert in ancient time pieces could answer that.  In John 11:9 it says this:

‎Jesus answered, “Are there not twelve hours of day? If ‎anyone walks in the day, he will not stumble, because ‎he sees by the light of this world.”‎

For my third example, and since we’re only a week away from Christmas, I’m going to investigate the Isopsephy of the birth of Jesus, so we’ll pick up the Gospel of Matthew 2:1.  Matthew helpfully follows the traditional conventions and signals where the gematria is by saying “behold!”

The phrase “in the east” may be a biblical convention similar to “on the head” or “by the foot”; meaning that only the first syllable of the adjacent word should be considered.  If that’s true then “in the east” would be the right hand side and “in the west” would be the left hand side of the word, altering the value of those words to the calculation.  And they are:

613 is generally associated with the number of mitzvot in the Torah, but it is also discovered during the first few verses of Genesis as I explained in a prior blog here;

183 is a value usually associated with a personification of Winter, or Winter King, who is usually the eldest brother of a King of Summer.  We see the value pop up in Genesis 25:27 with; [Esau + Hunter (183)] + Jacob (182) = 365.
There’s quite a lot more to this verse but that’s all I’ve got time for today.  It’s a nice bit of gematria to find during the seasons holidays, but that wasn’t the main point of this post which has been to show QED that Greek Isopsephy in the New Testament is based on the Hebrew gematria of the Torah.  I hope you’ve enjoyed this special installment.  I’ll be back to Hebrew and Torah study in my next blog, so thank you for all your support and shares, and stayed tuned for more numerical honey.