Over this past weekend civilians in cities and towns in southern Israel all around the terrorist Hamas controlled Gaza Strip heard more than 200 red alert sirens as 174 mortars and rockets rained down on them. (Two of the terror missiles hit a synagogue and playground.)  Thousands of families slept in bomb shelters. This is not normal anywhere in the world, and yet the world’s media was curiously silent…until the Jews dared to respond!

Take a look at these headlines (and photos-where are the photos of terrified Israeli children in bomb shelters?) of the “objective media.” Not one headline contextualises Israel’s legitimate response, or right to defend her citizens from the terror onslaught.  The media can only deal with Jews as victims (long faces on Holocaust Memorial Day) but how dare those Jews fight back and defend their hearth and home, like any other nation would?  These headlines are a prime example of the double standard utilised by vast swaths of the international media towards Israel and may even contribute somehow to the pseudo-legitimisation of these terror attacks themselves.  This is only the latest part of Orwellian pattern where the victim seems to be blamed for the terror attacks if the victim happens to be Jewish/Israeli. This leads to the serious question. Is the media Anti-Semitic? What other explanation could there be for this bizarre and fact-distorting “reporting” from premier news organisations? 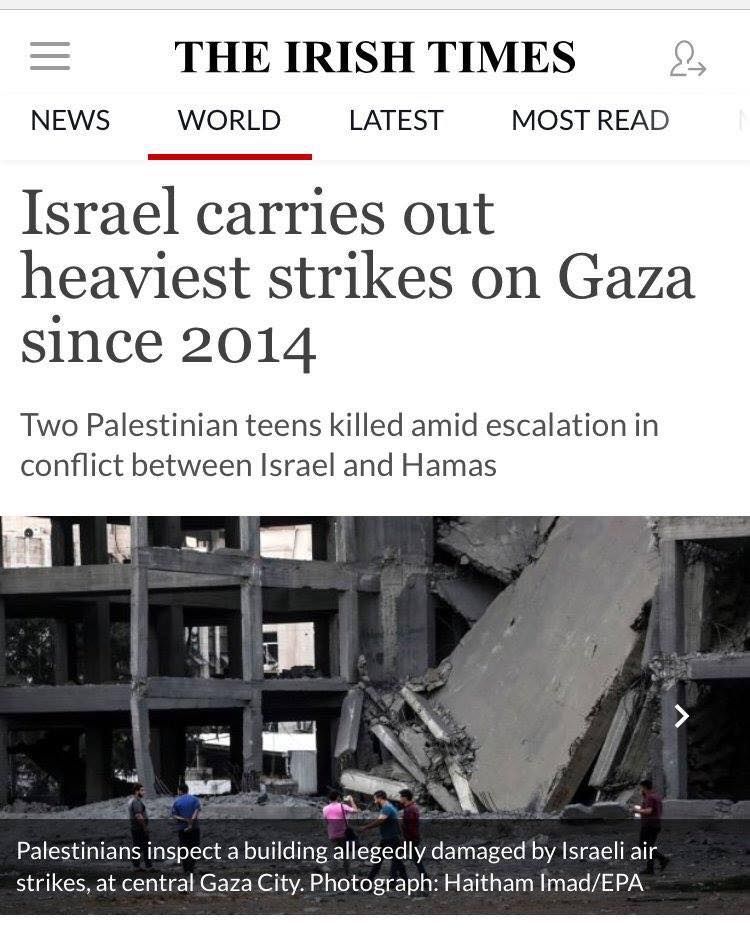 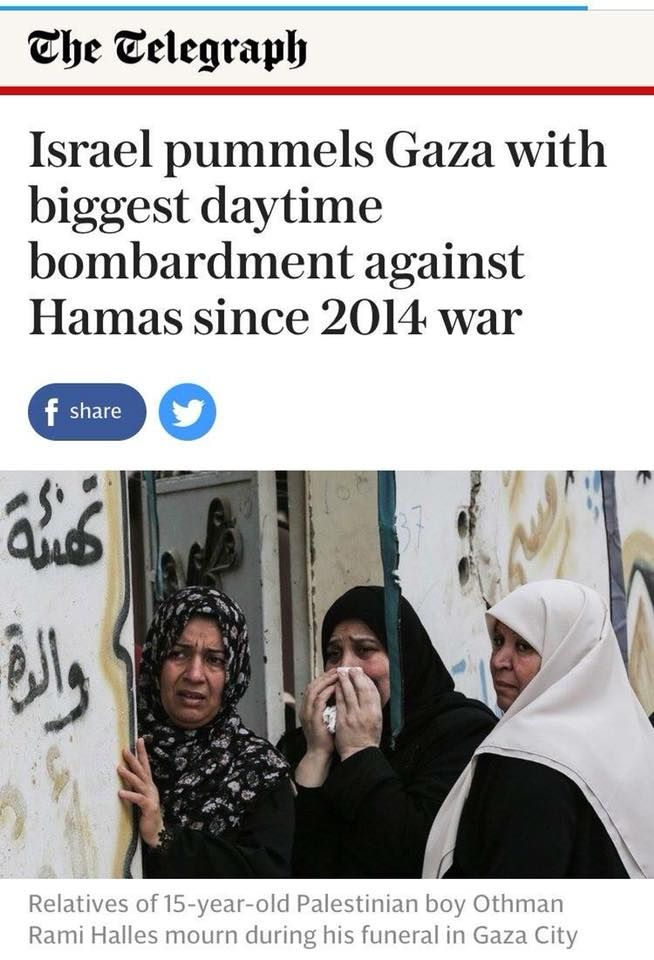 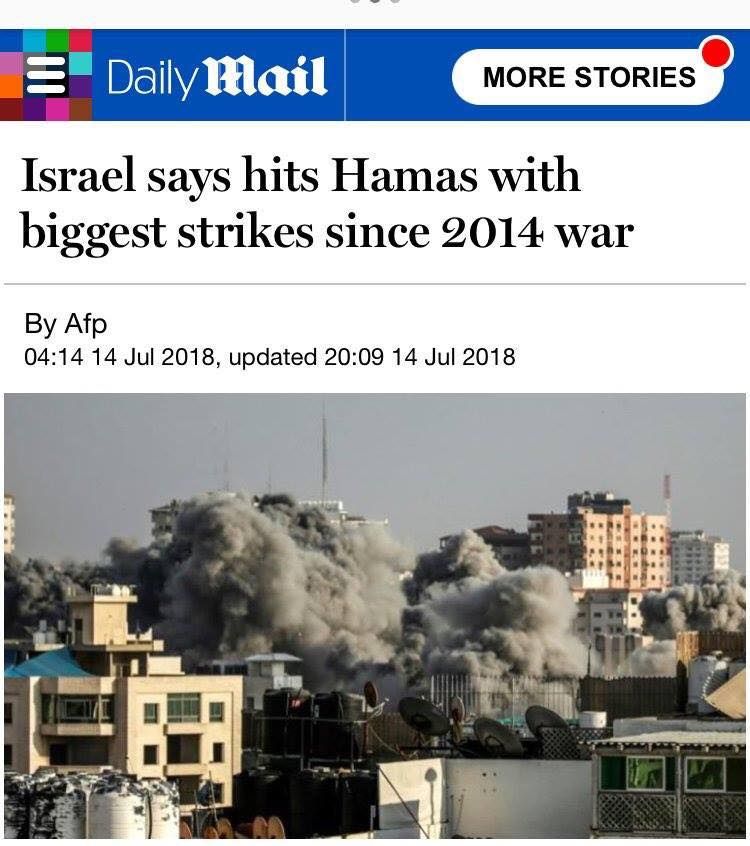 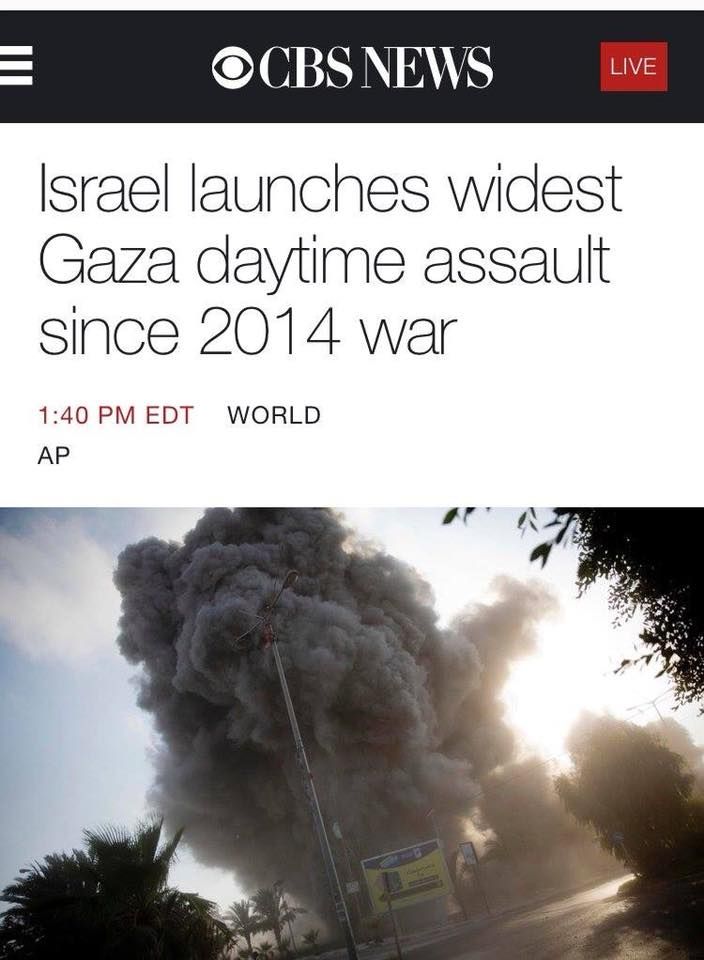 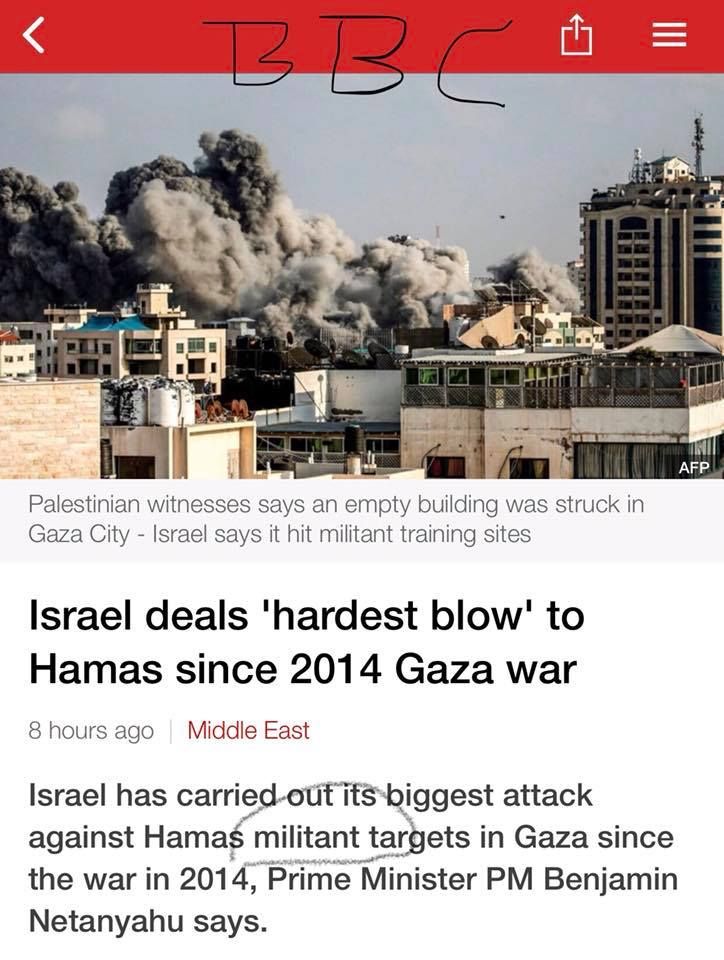 The world’s media never deems it necessary to comment on the fact that something is seriously broken in a society where political leaders, religious leaders, and even mothers praise their children for being murderers. Where children are incited 24/7 in school, by the media and in mosques to go out and murder. Where schools and public squares are named after murderers. Where murderers are extolled as the epitome of heroism (and rewarded with non-accountable American and EU supplied tax-payer’s dollars and Euros) by the PA.

The world community, who funds and ignores this poisoning of an entire society, needs to fix its moral compass and help the Palestinians press the moral “reset” button. Palestinians need to understand that one cannot murder oneself towards a state. The Hamas and the PA are responsible for the current violence and to overlook this is to ignore the situation. The world is not doing the Palestinians a favour by not holding them to account. Indeed this is reinforcing the current deeply flawed mindset. Former Israeli Ambassador to the United States, Deputy Minister Dr. Michael Oren observed, “being Palestinian means never having to say that you’re sorry.” Unless the Palestinians educate for peace there will never be peace.

The only time the world is not silent, it seems, is when the Jews dare to defend their hearth and home. Then the baying pack declares; “how dare those Jews defend themselves?” We Jews heard the silence of world just over seventy years ago, when one third of the Jewish people was murdered for the “crime” of being Jewish. The big difference is that today we can and we will defend ourselves and we no longer need to rely on the pity of our host nations, but are able to be in charge of our own destiny. 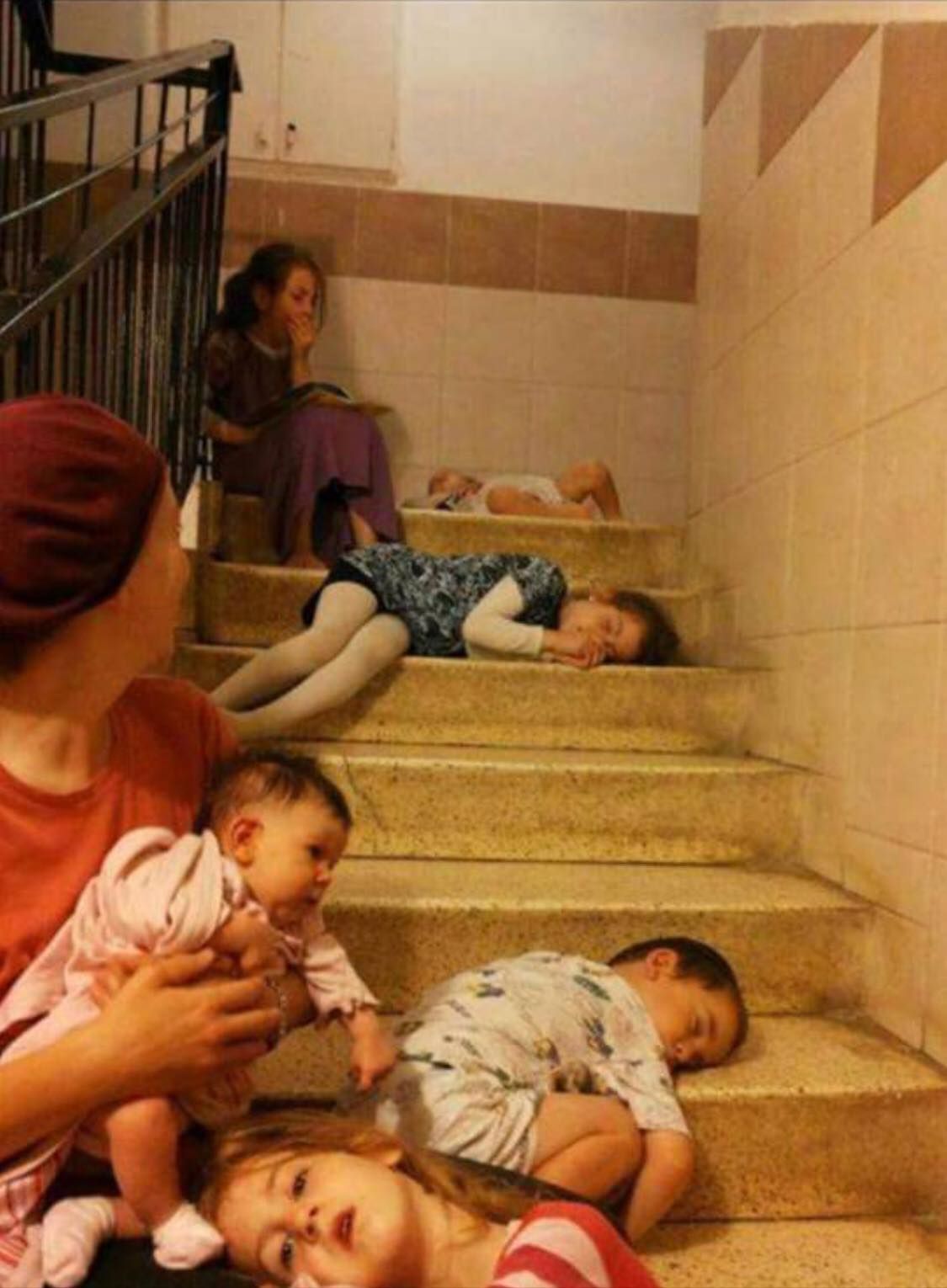 Photo: (c) 2018, StandWithUs. A sad sight: Jewish kids and babies forced to remain in the stairwell of their apartment block as it is the most protected if a rocket fired by terrorists in Gaza towards communities in Israel lands on them. Almost 200 rockets were fired at Israelis in one day this weekend.  You would not want to live like this, but this is life living next to Hamas.
About the Author
Dr. Tuvia Book was born in London and raised in both the UK and South Africa. After making Aliya at the age of 17 and studying in Yeshiva he volunteered for the IDF, where he served in an elite combat unit. Upon his discharge he completed his BA at Bar-Ilan University, as well as certification in graphic design. He then served as the Information Officer at the Israeli Consulate of Philadelphia, while earning a graduate degree in Jewish Studies. Upon his return to Israel, Dr. Book graduated from a course of study with the Israeli Ministry of Tourism, and is a licensed tour guide. Tuvia has been working in the field of Jewish Education, both formal and informal, for many years. He has guided and taught Jewish students and educators from around the English-speaking world for some of Israel’s premier educational institutions and programs. Tuvia has been guiding groups for Birthright Israel since its inception and, in addition, has lectured throughout North America, Australia, Europe and South Africa. Tuvia served as a Shaliach (emissary) for the Jewish Agency for Israel as the Director of Israel and Zionist Education at the Board of Jewish Education of Greater New York (Jewish Education Project). He was a lecturer/educational guide at the Alexander Muss Institute for Israel Education (AMIIE) in Israel for a decade. Tuvia has lectured at both Bar Ilan University and Hebrew University. He was a Senior Editor and Teaching Fellow at the Tikvah Fund. He is a research associate at the Hudson Institute. Tuvia is the author and illustrator the internationally acclaimed Israel education curriculum; "For the Sake of Zion; A Curriculum of Israel Studies" (Fifth edition, Koren 2017), and "Moral Dilemmas of the Modern Israeli Soldier" (Rama, 2011) and has a doctorate in Israel Education. His latest book, "Jewish Journeys, The Second Temple Period to the Bar Kokhba Revolt – 536 BCE-136 CE," was published by Koren this year. To order: https://korenpub.com/products/jewish-journeys
Related Topics
Related Posts
Comments