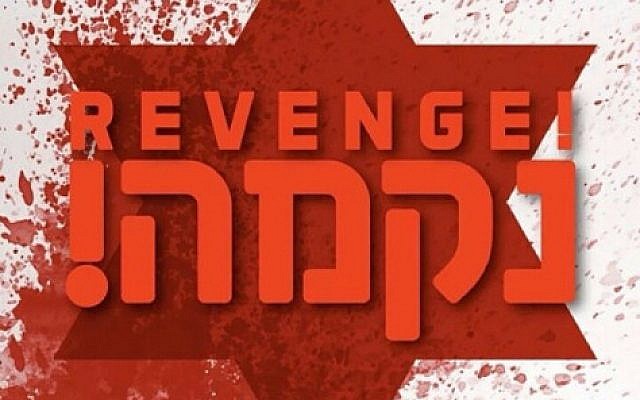 A well-written analysis entitled “Israel is suspected again of assassinating an enemy’s rocket scientist. Do these killings pay off?” has a funny – but not that funny – segment in it. The Jewish press agency is not to be suspected of being anti-Semitic, perish the thought, but the words in the section Revenge are truly troublesome.

First of all, Western anti-Jewish press agencies are very fond of accusing Israel of committing  retaliation. This plays not only into Western guilt feelings about the Holocaust (they want revenge – don’t admit) but also perpetuates the classical Christian canard that Jews would have a bloodthirsty Old Testament God teaching retribution and Christians a loving New Testament God teaching to turn the other cheek – not that Jews in 2000 years have had much pleasure from this make-belief charity. Not all Christians think like this but this old anti-Jewish lessons is widespread and sits at least in the subconscious of every Western person. Calling Jews revengeful is as oppressive as calling Negros dumb and imbeciles worthless. But there is more than a wrong sub-headline.

The alleged killings by Israel’s long arm are explained by an incomplete quote from the Talmud. “If someone comes to kill you, rise up and kill him first.” This principle counts only if this would-be murderer cannot be stopped in any other way. Who could be against the prevention of murder? In context, it makes good sense – out of context, it does not.

The Revenge section presents two (!) cases among allegedly over 2300 extra-judicial executions. That seems already a case of cherry picking.

(Before continuing, may I please interject a disclaimer: In my opinion, Arab Palestinians deserve better leaders than mass murderers.)

Prominently presented is Ariel Sharon’s wish to kill Arafat. This followed by a totally unfounded claim that Israel may have killed him through a “mysterious infection” (if it’s mysterious, Israel must have done it, no?) – the guy had AIDS about which there is nothing mysterious – unless this saint of murderers was not sleeping around with his “bodyguards”. He always declared himself “married to Palestine” – my foot. (There is a moral code not to out people, but there are two exceptions: powerful people who hurt GLBTQs and human monsters (Roy Cohn was both).)

Arafat, like Hitler, survived many attempts at his life unscratched. Why focus on blaming the Jews? Ask yourself why G-d plans it like that.

The second and last example “likely” of revenge “also” being “a factor” was the execution of Chamas’ “spiritual” leader Sheikh Ahmed Yassin, although “he was not involved in its operations.” Neither was Hitler and many a gangster boss. To justify and call for mass murder should suffice to qualify someone as mass murderer, even if he never pulled a trigger.

How in the world, does this JTA article make the case for these two anti-Semitic mass murderers? Beats me. Usually, they’re more careful – though recently they claimed that Formicidae can be Jewish too. (They carried an article that for twelve hours mentioned in its headline ant-Semitism – see browser.) With that joke, I want to say that we should not get too worked-up about this error. Mistakes happen. And it gave me a chance to explain how bad it is to say that Israel takes revenge. However:

A little honor for the selfless Israelis who – allegedly – risk their own lives to commit these life-saving operations would go a long way.

This (revenge part of the) article should be removed from the JTA achieve. It shames and stains its otherwise great service to the public.