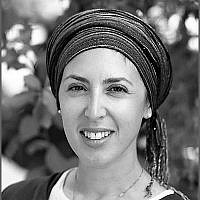 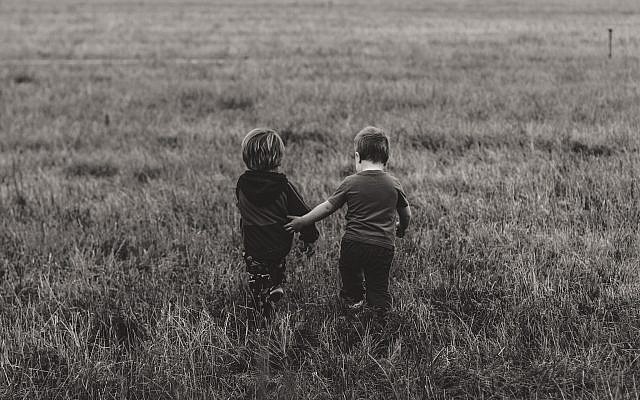 The laws of Jewish mourning provide structure and support for bereaved family, but how do you mourn a friend?

Some years ago, a friend of ours was cycling to work when he was knocked off his bicycle and killed. It was one of those scenarios that flashes through your mind when you’re waiting for someone who’s late coming home: you worry that something happened to them, and you tell yourself not to be so dramatic. Then they come in with a story about a flat tire or unexpected traffic, and you breathe a sigh of relief at your silliness. Except that this time, the worst really did happen, and he didn’t come home.

We’d been good friends once, but living in different countries, and all the details of work and marriage and raising a family, had got in the way of our keeping in touch (which neither of us was very good at, anyway). I – and all of our group of friends – always thought we’d see each other again and pick up the thread of friendship from where we left off.

We never thought that ‘next time’ would be at his funeral.

This wasn’t the first time that I’ve had to cope with the loss of a friend. It brought back to me something that has wandered through my mind before: How do you mourn a friend?

The wisdom of the Jewish laws and rituals of mourning is widely acknowledged. When the worst happens and we lose a loved one, Judaism immediately places the close family into a strictly defined process of behavior. Through these restrictions, Judaism creates a space for the mourners to grieve. The traditions and rituals of mourning, the progression from funeral to shivah, from shivah to sheloshim (30 days after the funeral), and sheloshim to the rest of the year of mourning, provide a framework that supports those who are (usually) the worst bereaved and in the most pain through the grieving process.

But what about the friends? What about the friend that talked to her every couple of days since they were 18; the three-times-a-week jogging partner of twenty years standing; the chavrusa who learned with him three times every week for decades? What about the college roommate who lost touch as family life intervened, but always thought that they’d pick up the thread again when they get back in touch ‘one day’? There is no process of shivah to support them as they come to terms with their loss.

Judaism recognizes seven immediate family members as mourners: mother/father, son/daughter, brother/sister, and spouse. If you are outside of that circle of relationship, the traditions and restrictions of mourning do not apply to you.

Although we know that we are not the ones who are most bereaved, it can still be hard to know what to do at a time when you are mourning, but not a mourner. I feel the loss of my friend when I bake a cake using her recipe, and wish she was here to share it; when a group of friends gets together, and he’s the one missing; when I pick up the phone to call her, but the conversation we would have had is left hanging in the air.

I do not want to intrude on the grief of the mourners, or belittle it in any way by appropriating sympathy to myself. I am ‘only’ a friend. But I still ask, is there a way to mourn a friend?

Rabbi Daniel Greyber, a Conservative rabbi who wrote a book about grappling with the deaths of two close friends at a young age, pointed out that today, the impact of losing a friend is greater than ever before. We increasingly live far away from our families, and build new support networks and familial ties with people who are not relatives. This is especially true for the many Jews who make aliyah. It’s often said that in Israel, your friends become your family. However, when your friend who was like a sister passes away, you don’t have that sister status which entitles you to mourn your friend.

There’s a possibly that because you’re not one of those people in mourning, your loss goes unacknowledged. Or, even worse, your loss could be marginalized because you’re told that you are not experiencing a loss.

There are some points in Jewish tradition which highlight the impact of the loss of a friend. The eulogy recited by David over the death of Yonatan is well-known and often quoted at funerals. Most powerful to me is the passage in the Talmud that tells us of the grief of Rabbi Yohanan over the death of his friend, chavrusa and brother-in-law Resh Lakish. When Resh Lakish dies, Rabbi Yohanan is unable to find anyone to take his place as his learning partner. Driven mad with grief and loss, Rabbi Yohanan runs through the hills calling for Resh Lakish and wailing this ringing prayer:

It’s clear that Judaism does recognize the depth of pain that can be felt over the loss of a friend. It’s left up to each of us to find the best way to express that pain and move through grief to find a way to live with our loss.