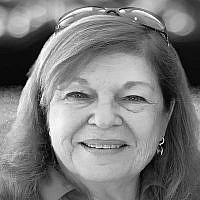 The Blogs
Clara Gillman
National Chair, Hadassah Society of Major Donors
Apply for a Blog
Advertisement
Please note that the posts on The Blogs are contributed by third parties. The opinions, facts and any media content in them are presented solely by the authors, and neither The Times of Israel nor its partners assume any responsibility for them. Please contact us in case of abuse. In case of abuse,
Report this post. 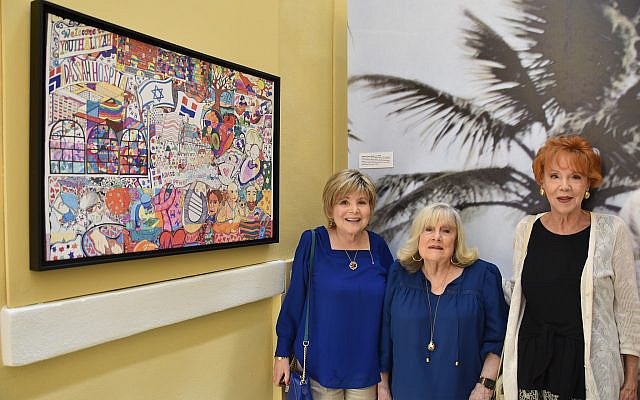 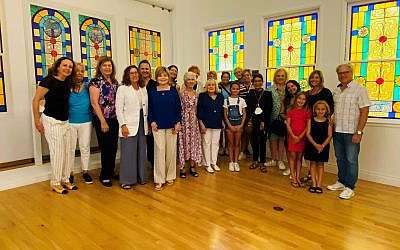 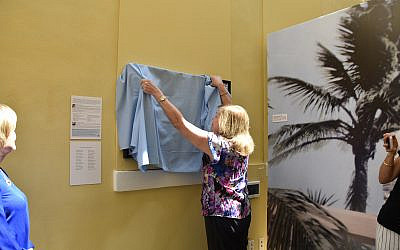 The process started when Diana Polack from ArtWare for Good reached out to Hadassah about collaborating on an art project. ArtWare for Good’s mission embodies creativity, philanthropy and community around the world and in your hometown. The organization shares Hadassah’s mission of improving the lives of women everywhere. We came up with the idea of a mural that would be a collective representation of what Hadassah is and have our Hadassah Greater Miami members decorate the individual pieces.

We commissioned artist Andi Sustrin Filonow from Studio 222 in Tuxedo, NY to create the mural. Andi’s mother is a Lifetime Member and supporter of Hadassah, so Andi already had a special connection to our organization and what we stand for. Andi used her artistic abilities to design the mural spotlighting some of the significant themes of Hadassah. Some of the featured aspects are the Hadassah Medical Organization, our clown program, our Youth Aliyah villages, the Israeli flag, the Western Wall, Keepers of the Gate, breast cancer research, and much more. In her own unique way, Andi created  an incredible vision of Hadassah.

We received the mural from Andi in black and white, and Diana turned it into forty-eight different eight by ten inch coloring pages. These coloring pages would be colored in by leaders and volunteers in their own version of what Hadassah means to them.

Hadassah Greater Miami used this mural as an opportunity to reconnect our leaders and members after being separated for so long due to COVID 19. We hosted an Art in the Park fundraising event at Crandon Park in Key Biscayne, Florida to gather and color the mural pieces. It was a perfect day to celebrate together with generations of our Hadassah Greater Miami members, from grandmothers to grandchildren!

After all 48 pieces were completed, Diana assembled the various parts together and Hadassah art was created. I was proud to unveil this collective 24” x 36” piece of art representing significant Hadassah themes Sunday, Sept 11th at the Jewish Museum of Florida FIU, where it was displayed until October 5th. The piece will then rotate to various Jewish institutions in Miami for all to enjoy seeing. This was an incredible opportunity to showcase Hadassah to the Miami-Dade community.

The mural represents how the total is more than the sum of its parts, like Hadassah, each member is important and together we make an impact on  the world. 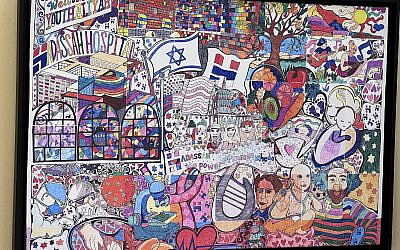 To learn more about the lifesaving, world-class medical research at Hadassah Medical Organization in Israel, visit this link.

About the Author
Clara Gillman is the Coordinator of Hadassah Greater Miami and the National Chair of the Society of Major Donors. She served as National Vice President from 2019-2021 and served as the Co-Chair of Hadassah’s 2019 National Convention in New York City and as the 2017 Co-Chair of the National Business Meeting. Clara has held a plentitude of positions within Hadassah including, but not limited to, President of Greater Miami, SUN Co-op Leadership Development Chair, Treasurer of the Camp Judaea Camp Committee, Region Organization Vice President and Fundraising Coordinator. She has also held numerous chapter offices including President of the Hatikvah Chapter. Clara is a Keeper of the Gate and she and her husband, Steve, are Founders and members of the Society of Major Donors.
Related Topics
Related Posts