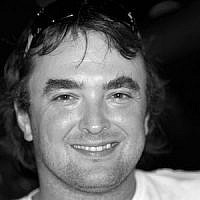 The Blogs
Lev Kadik
Apply for a Blog
Advertisement
Please note that the posts on The Blogs are contributed by third parties. The opinions, facts and any media content in them are presented solely by the authors, and neither The Times of Israel nor its partners assume any responsibility for them. Please contact us in case of abuse. In case of abuse,
Report this post.

Speaking in public last Saturday at a rally poised to mark the end of Ramadan, Iran’s Supreme Leader Khamenei once again proclaimed “Death to Israel!” and “Death to the US!” despite a nuclear deal signed with the US just four days earlier. These rants may seem as menacing as ever, but one shouldn’t overestimate their real meaning.

To put the aggressive rhetoric of the Supreme Leader in context, one should recall that just nights before, the Iranians held an unofficial but unopposed mass demonstration that was far more imposing than the official gathering where Khamenei delivered his speech. As news of the signing of the Iran Deal in Vienna reached the TV screens, thousands and thousands of Iranians hit the streets of the capital in an unofficial celebration of the accord. Some said that the deal means the end of the “Death to America” policy and that Obama is a “good man,” as quoted by The Economist.

In a regime like Iran’s, it was natural for the government to stage a rally supporting its political principles after such a massive show of public joy over the peaceful rapprochement with its arch-enemy. Any other behavior would have signified to the public a loss of control by the authorities. This was no more than a show for the country: “Look, we are still in control!”

Another significant moment of the Supreme Leader’s speech that significantly tones it down is this statement, as quoted by AFP: “Plainly we don’t want war, but if war breaks out, it will be the aggressive, cruel American that loses.”

Brezhnev did not say it better when signing the Helsinki Ageement!

In his era, official Soviet agenda was, mutatis mutandis, the same as that of Mr. Khamenei: condemnation of “American Imperialism” and “Israeli Aggressive Zionism,” official proclamation of Soviet military doctrine as strictly defensive, and steps (open and covert) toward rapprochement, to ease “international tensions.”

By the way, Mr. Khamenei is the same age that Mr. Brezhnev was when he died in 1982, leaving the Soviet Union in the hands of his aging comrades. Mr. Khamenei’s brothers are not very much younger.

Another resemblance to late USSR is Iran’s failing economy. Since implementation of oil sanctions in 2012, the Iranian GDP contracted more than 25%. Unemployment holds steadily at the level of slightly more than 10% and inflation exceeds 15%.

In such conditions, it’s not easy even for the Supreme Leader to rule the country whose economy grew steadily at a rate around 10% a year for most of the decade preceding 2012.

Besides being crippling, sanctions made any nuclear program more and more consuming for Iran’s tiny state budget of $60 billion, that in 2014 closed with a deficit totaling 0.7% of GDP. Good reason to start talking about “détente,” “peaceful coexistence,” and concessions to save the Islamic Republic from the anger of its people rapidly sliding into poverty. Gorbachev did exactly this.

If by a weird chance one found oneself in the Iran’s Supreme Leader shoes, one would also send anti-Semitic tweets and publicly name Israel any dirty names one could just imagine, perfectly understanding all this is a lie. Because if one did not, then the general public, poisoned by years of propaganda, would cry, “an enemy of Islam!” (or whatever) and the fellow ayatollahs would depose him in an instant.

But if one were to really try to destroy Israel, those same ayatollahs would depose him with the same resolution. The Iranian regime needs Israel alive and well! The destruction of Israel would deprive Iran of its very raison d’etre. It needs to fight “enemies” — Israel, USA, whatever. For, why would you need an oppressive regime, if there are no more enemies around?

Despite all its anti-Israeli zeal and “Down with USA” chanting on the streets, successive Iranian governments never refused to cooperate with US anywhere it was useful. Iran received American arms during the Iran-Iraq war, helped Americans clear the Taliban from Afganistan, cooperated in Iraq, and is cooperating now to fight the ISIS. Propaganda and the realpolitik of ayatollahs are two very different things.

Shia Iran is surrounded by Sunni countries that have no admiration for its self-imposed stance of the most Islamic of all Islamic states. Its neighbor Pakistan is an official nuclear country. Yet its missiles are aimed at India…but who knows? And now Iran faces a new threat in the ISIS whose attitude to shia “heretics” is no better than that to Alawites, Jews, Druse, or Syriac Christians.

US General John Allen, charged with US efforts to counter the self-described Islamic State, in a recent interview with Nashville Public Radio, agreed that “Iran is playing a constructive role in the current phase of the international fight against ISIS” sending military advisors and fighters to Iraqi armed forces. There are reports, that even Hezbollah is engaged in fighting ISIS in Syria.

Meanwhile, the IDF also got involved in protecting the Druze population of Syrian territories, neighboring Israeli northeast borders. Now, old enemies are in the same trench.

Just as a reminder, Egyptian generals refused even to speak to their Israeli counterparts not very long ago.

Why Love the Iran Deal?

The deal signed in Vienna is good for Israel. It saved Iran’s face, which is important in the East. After three years of talks, no one in the Muslim world has the grounds to accuse Iran of wholesale abandonment of its nuclear program in exchange for oil money to the US devil. It opened a path for Iran to return to International Community and shrug off the cloak of “pariah state.”

Potentially, if continued, the politics of “détente” from the Iranian side can make it another regional leader vis-à-vis salafist Saudi Arabia, with no inclination to recognize Israel and possesses a lot of ambitions, and Turkey, allegedly providing arms, logistical support, and a market to sell stolen oil to ISIS. This makes the ascent of Iran possible, as another power center in the Muslim world, which is already rather fragmented.

Even before the deal, the Iranian nuclear program was not very up-to-date in terms of technology. If revived after 10 years, considering the pace of modern technological development and restrictions imposed by the deal, it will be obsolete right from the start.

All this does not mean that Israel should immediately reverse its stance and rush to embrace the Iran Deal. But efforts to destroy it are not very productive ether — they deprived Israel of opportunities to discuss its problems at the table in Vienna, even through a discreet intermediary. Discretion, and common sense are very much advised.

About the Author
Lev Kadik is a historian and journalist, born in Moscow, Russia, Writes on business, international relations, history and foreign policy. Father of four. Made Alyah in September 2015. Going native... Follow for updates!
Related Topics
Related Posts
Comments