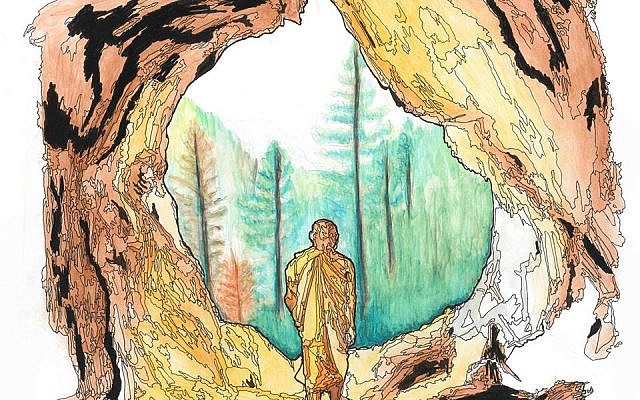 My father Wolfe was suffering for years. His life’s love, my mother Sarah, had been diagnosed with Alzheimer’s disease. Even the daily visits to her bedside brought my father little solace, for my mother sat in total silence.

To pass the time away, Dad would slowly groom himself, dress, put large handfuls of hard candies in his pockets and walk the local streets. He soon became the neighborhood’s “candy-man.” He would walk into a CVS pharmacy for his meds and offer up a coffee or chocolate goodie. If the clerk knew him, she would smile. If not, she would look at him suspiciously and graciously refuse the offer. Sometimes I would accompany him but would often look the other way to hide my embarrassment.

Dad eventually became a sort of legend in our Boston North Shore community while my mother slowly deteriorated over eight years, both in mind and body. Later my father eventually passed away after a severe fainting accident in his hot shower. They both passed away in the same year.

This past May, I revisited my hometown and had the joy of re-connecting with one of my high school buddies who unfortunately had been suffering from a serious paralytic illness which confined him to a wheelchair. He was as sharp and witty as I remember him from our crazy high school days.

We decided to go for a walk, with my friend navigating a path to the nearest Jewish-style deli. I was amazed at how many people he knew!  He waved to everyone that we passed, greeting them with a beautiful smile, a wave and a joyous “Hello.”  All of them returned his greeting.

“Wow! You know everyone!” I said.  He answered, “Steve, I don’t know any of them. They are complete strangers. He just smiled. I looked at him and said, “That’s awesome and you’re incredible. I don’t know if that would work in Jerusalem.”  He smiled again.

We then went to the deli, then gorged ourselves with yummy sandwiches and all the “toppings.” Then laughed the entire day. I miss my friend and will, no doubt, visit him again.

On my return flight to Israel, I thought a lot of what had happened in my hometown visit. On one level, it made total sense to me. On the other hand, I truly couldn’t see it happening in Jerusalem, but I still vowed to try my friend’s greeting style in my own neighborhood.

Last Friday was the day to try it. I made a decision to follow both my father’s and friend’s greeting style but just with a “Shalom” and a smile, i.e. without the candies. What could possibly happen to me?

I was having coffee with close friend and was inspired; I told him what I was about to do. He suddenly lapsed into an pensive state with his face exuding mild skepticism. As we left a local cafe and started walking, I felt my legs tingling while goosebumps started crawling down my spine. This strange elation had happened before, like the time when I uncovered positive proof that certain sounds can effect the perception of time. While turning the corner, time did seem to stop.

As we walked onto the pavement, I spotted a middle-aged man walking toward me with a serious, self-absorbed expression on his face. I looked him in the eye and said, “Shalom” and smiled. He seemed to scowl and then pretended to ignore me, while looking at the ground under my feet; he then picked up speed and swiftly passed me.

“Hmm,” I said to my friend. “That didn’t really work”. My friend remained expressionless; I could sense his growing skepticism.

The next walker was a woman in her mid-30s, dressed nicely. I tried the same gesture, “Hello,” and smiled. She looked me in the eye with mild fright and raised eyebrows, expressing a combination of incredulity and curiosity.  She simply walked on.

I turned to my friend and said, “Hmm. This isn’t working!”. He said, “You know now-a-days they might arrest you for doing this”. I joked back, “Yeh, especially if I also offer them a candy too.” We both laughed.  I sighed.

I decided to pause my experiment and re-think its viability. My daughter later heard my dilemma and said, “Dad, it might work in Tel Aviv. People seem to be more open there.” I listened to her with all ears, but my skepticism was growing by the hour.  I’m not sure if I would continue.  For some reason, I began recalling the words of philosopher Emmanuel Levinas.

Levinas speaks of the “other” and our responsibility to help the “other”. For instance, when we see a beggar in the street, we are “commanded” not move to the other side and ignore him/her, but look directly into his/her face. We should feel deeply that we have NO CHOICE but to give the person help, i.e. tzadakah. We hold a certain amount of responsibility for that person.  We have no choice but to act.

In my experiment, I had the purest of intentions: to lighten a person’s day as if to say, “It’s all right. You are loved”.  I was a sad imitation of my father but accepted my general state of existential loneliness.

I asked myself, “So where did I err? Should I have changed my approach?  If so, how?” A friend later said to me, “Steve you should try to do this with people who display eye contact with you FIRST”. This actually made sense, but seemed to compromise the entire process.  Nonetheless, I decided to give it a try.

The next day I tried friendly greetings in my Arnona neighborhood. This time I made sure not to greet people at close proximity, but from at least a few meters away. This might lessen the person’s level of discomfort.  It worked. I succeeded nearly 50 percent of the time, with the gleaning of smiles and an occasional wave.  Some of the people seemed familiar to me from my daily walks, others were purely strangers. “Well, that’s progress”, I said to myself.  I also asked myself if I were dreaming.

Soon I went home and tried cheering myself in the mirror, the large kind found in hallways and bedrooms. I pretended I was in an Old Orchard Beach fun house with those crazing curvy mirrors that distorted bodies and faces.  To my surprise this gesture made me feel wonderful and loved, but strangely weird. I then gave up my mirror reflections and spent the next days contemplating the past.  Rosh HaShana’s shofar had awoken something in me and now I needed to think things out.  I needed to repent.  I needed to clear the air.

Yes, we are now entering the “sphere” of Yom Kippur. Like everyone, I mull my transgressions. My “experiment” still haunts me.  I certainly didn’t want to cause people dis-comfort. But I did.  I thought about my father, about how much HE just needed to be loved, how much HE needed others in his time of solitude and suffering. I started to cry.

Hopefully next week will bring me better luck. After all, we will be in the week of Succot, when it is customary to invite strangers into our temporary huts. My guests shouldn’t be afraid or skeptical.  That’s the custom.  After the holiday, perhaps I’ll try my luck in another neighborhood. I have heard that things are different in Nachlaot by the suk (i.e. marketplace), where it is more customary to smile to each other without suspicion and without reservation.

Some additional food for thought!

“Responsibility is without concern for reciprocity: I have to respond to and for the Other without occupying myself with the Other’s responsibility in my regard….” Emmanuel Levinas, The Old and the New (translated from the French by Richard A. Cohen)

“The Other becomes my neighbour precisely through the way the face summons me, calls for me, begs for me, and in so doing recalls my responsibility, and calls me into question.” Emmanuel Levinas, Ethics as First Philosophy (translated from the French by Sarah Richmond; edited by Sean Hand). 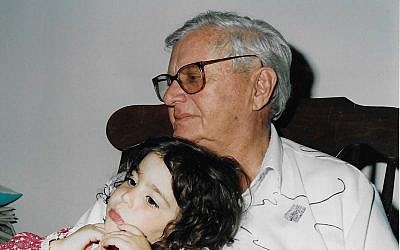 Wolfe Horenstein with Eliana Lila (photo by Stephen Horenstein)
About the Author
Stephen Horenstein is a composer, researcher and educator. His repertoire of musical works has been performed and recorded worldwide. He has been a recipient of the Israel Prime Minister's Prize for Composers and the National Endowment of the Arts (USA). His teaching has included Bennington College, Brandeis University, Tel Aviv University, Jerusalem Academy of Music and Dance; residencies at Stanford University, York University, California Institute of the Arts, and others. He is Founder and Director of the Jerusalem Institute of Contemporary Music, established in 1988 to bring the music of our time to a wider audience.
Related Topics
Related Posts