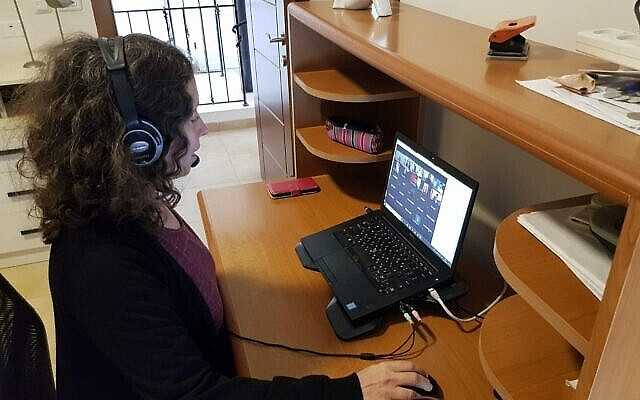 Need a good yarn involving heartless bureaucracy to pass the time in the Dark Days of Corona? The State of Israel is here for you, with another episode of its long-running saga about exploiting the most essential non-medical workers in the land.

Earlier this month Israeli teachers in kindergartens, elementary schools and middle schools were placed on forced leave – as occurred in various forms to a large part of the public and private sectors. It’s supposed to last a few weeks, but of course it could drag on.

This happened because they were defined as “non-essential” employees.

One might raise an eyebrow at that – because what (non-medical) employees could be considered more essential than those laboring to lower the ignorance level of the next generation compared to that of the present one (we must not overpromise)? On top of that, is it not essential to babysit the kids of the essential, so they can go to work?

There is a tiny grain of seeming logic, because the schools have actually shut down. That step was unfortunate, but it does seem reasonable that the schools are potential hotbeds of infection.

Luckily we live in the modern age, when technology has given us the option of online teaching. In high schools, which have also closed down, virtual classrooms are formally the thing, because you don’t mess with preparations for the “bagrut” matriculation exams.

With lower grades the system rounded corners, leaving the kind of gray area where monkey business booms. The teachers were encouraged to try online classes, and they rose to the occasion big time, because they’re truly made of gold.  (Full disclosure: Some of my favorite people are teachers; indeed, my wife is a former teacher whose dedication knew no bounds, except inasmuch as she quit because babysitters were costing us more than she earned.)

Online classes were held very widely for several days. Nobody has comprehensive data yet, but it’s clear that for many teachers and students these were indeed full days of school. Volunteer days, in effect.

The Teachers’ Union woke up, and the Education Ministry was sympathetic.

“We have decided to continue studies to the extent possible through distance learning,” wrote Education Minister Rafi Peretz in a letter to teachers. “In the first three days we have experienced tremendous success, with hundreds of thousands of students maintaining a routine during unusual circumstances.”

He noted the Finance Ministry’s position that the current period must be offset from summer holidays, as if it were vacation, and promised to fight the good fight, shoulder-to-shoulder with the Teachers’ Union. “We will not allow anyone who works from home to go unpaid,”  pledged Peretz (a man last heard from recommending, then disavowing, conversion therapy for gays).

So tripartite deliberations took place, and the atmosphere was heated, yet conclusions were concluded with impressive dispatch. On March 18th it was decided that the teachers are not obligated to continue online teaching. Unless they want to.

A Finance Ministry spokesperson told me on background that there is no budget for extra payments, in any case no agreement on the modalities of any payment, no certainty that online learning is accessible to enough children to justify making it mandatory, and so forth. Therefore the vacation will continue and anything teachers chose to do for the students will be voluntary. The message was that this is the time for solidarity and teachers must pitch in.

But of course it has not been abolished, because suckers with a sense of mission can be counted on to volunteer.

A relative of mine is an elementary school teacher in Tel Aviv and she describes the situation this way: “In our school, we decided by a democratic vote to do it and all teachers are meeting by Zoom with the students. I do this every day. Everyone sees each other, and we converse and learn. Students are given tasks. In elementary school, most students participate in this and parents encourage it. My attendance is over 90 percent. ”

“The problem,” she added, “is that teachers now work at home around the clock and this is called vacation. Work is much harder than a normal day. But teachers are a weak sector and most of them are people who came into the field out of a sense of mission.”

There’s your solidarity right there!  It is enough to make a bureaucrat smile.

But I ask: Why? Why break them? Why exploit their dedication and good faith? Why not throw them some crumbs? Or even fair pay? Because these are not religious yeshivot supported by Haredi parties which the government depends on as it desperately clings to power?

Clearly, the corona crisis will cost a fortune. It will hit the economy hard, break the budget,  shatter the shekel, and upend everything. The state will hand out billions in compensation to industry and commerce and the financial system, because it must.

It’s great to all be capitalists, but when the s**t hits the fan you go crawling to the state.

The reason the state is messing with the teachers specifically is simply because it can. After all, it always does.

There is a straight line between this foolishness and the poor results of Israeli students on recent comparative international PISA tests — again below the OECD average. Amazing! How can this be, in Startup Nation with its disproportion of Nobel Prizes? Pretty simple: Israel is reaping in the outcome what it sowed in the investment.

Yes, there are many teachers who are so idealistic that poor pay will not deter them from their mission.  Just look at these suckers who persist with online classes.

But the real suckers? They’re the ones who think all this does not affect the quality of  teachers the profession will attract, and will be surprised and alarmed at what comes next.