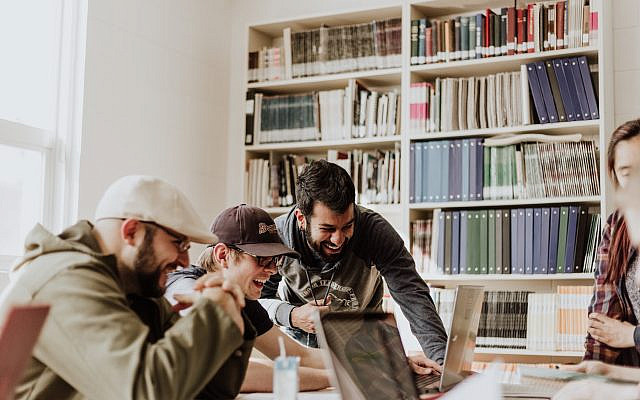 2020 has certainly been punctuated by widespread turmoil, in both financial and humanistic respects. But in spite of the arrival of recessions across the globe, Israeli startups have been remarkably resilient.

In fact, The Japan External Trade Organization (JETRO) recently compiled a report on the opening seven months of 2020 into Israel’s startup industry. The findings showed that in spite of widespread disruption around the world, investments in the startup nation between January and July 2020 had totalled $5.5 billion – remarkably representing an $805 million increase over the same period in 2019.

Operating with increased levels of capital compared to 2019 is no mean feat for Israeli startups. High-tech capital raising for Israeli startups had totalled over $8 billion last year, meaning that 2020’s figures could yet be set to break the $10 billion mark for the first time.

Innovating Away From Hardship

The reason behind the continued prosperity of Israeli startups stems from the fact that the Coronavirus pandemic has forced an unprecedented number of businesses to work from home (WFH) and transfer their operations online.

JETRO’s research found that more firms than ever are focusing on developing cybersecurity technology as more employees begin to work from home. Telemedicine is also becoming a central point for Israeli startups.

The chief of JETRO’s Tel Aviv office, Ebara Masashi, believes that, for Japanese companies, adopting the latest digital technologies is a necessary adaptation to make as more businesses make the transition into a predominantly online environment following the pandemic.

It’s worth noting that the prosperity of Israel’s tech startups are only gathering momentum as the COVID crisis rumbles on. Despite August usually acting as a slow month in terms of the development of startups, Israeli endeavours managed to raise as much as $612 million from 19 different rounds.

Although this figure represents a small drop on July 2020’s total of $670 million gathered in fundraising, the collective figure of $612 million dwarfs that of August 2019 – which totalled $350 million from 16 transactions in comparison.

This acceleration in startup prosperity is only punctuated further by taking August 2018’s figures into account, with new businesses bringing in just $280 million from 17 transactions.

The prosperity of the Startup Nation is not only performing competently in spite of the difficult circumstances but actually accelerating as Israeli businesses demonstrate their adaptability in the face of unforeseen circumstances.

Digital health had been a focal point in the months leading to the pandemic but with the emergence of COVID, Israeli companies welcomed more funding to focus on supplying businesses that had recently transitioned to an online entity with more advanced levels of cybersecurity, while digital health solutions have been utilised across the US and beyond.

Elsewhere, there’s plenty of evidence to suggest that Israel’s startups are moving quickly to aid the growing numbers of companies looking to sell products online, as WFH movements begin to limit the level of access workers have to brick-and-mortar stores. From strategic expansions in the eastern hemisphere to efforts to aid the delivery of faster eCommerce websites for global businesses, it’s reasonable to expect the growth in capital raised in Israel’s eCommerce sector to be significant between 2019 and the end of 2020.

Although the arrival of the COVID pandemic has presented itself with some new opportunities for Israeli startups, there’s still the matter of a looming economic downturn to counter – but this historically has helped to generate more startups, too.

Over half of the Fortune 500 companies, today were established during economic downturns. While the sheer size of the looming recession is unprecedented, there remains some optimism that fresh startups will continue to thrive even in the age of the ‘new normal’ operating life.

Sadly, an unignorable reality is that many existing Israeli startups will fold. The Israel Innovation Authority and Israel Advanced Technology Industries reported that 40% of high-tech companies saw investors freeze their funding as Coronavirus took hold, and over 50% of companies have already expressed fear that without additional funds, their business will be unable to survive beyond the end of the year.

However, writing for Israel21c, Jonathan Frenkel expressed his belief that Israel startups possessed the ‘talent and time’ to continue to succeed even if businesses elsewhere across the world are already feeling the pinch.

The reality that Israeli businesses need to face up to is the fact that the nation’s GDP fell by 7% in Q2 – a figure that will make redundancies inevitable across a range of industries.

While redundancies are terrible news for the economy, it does mean that an abundance of talented professionals – including programmers and developers – will enter the jobs market with the potential to help to build new startups.

In more employee-powered jobs markets, startups have been forced to take more risks in the personnel they recruit, due to being seen as a more risky endeavour for experienced professionals. Should the global recession leave an unprecedented talent pool for Israeli startups to tap into, the sky could be the limit for the scaling of the Startup Nation.

COVID has forced widespread rethinks on how to approach the hardest hit industries by the virus. Industries like retail and communications may never be the same again in the age of WFH.

Israel’s position as one of the world’s most innovative countries, along with its seismic investments in R&D – accounting for over 4.2% of its GDP, means that the nation’s role in helping industries overcome their respective hardships will be pivotal.

Israel may be experiencing huge levels of growth in terms of its startup investments today, but tomorrow it will utilise its innovation in order to help show other businesses across the world the blueprints for survival in the age of the ‘new normal’.