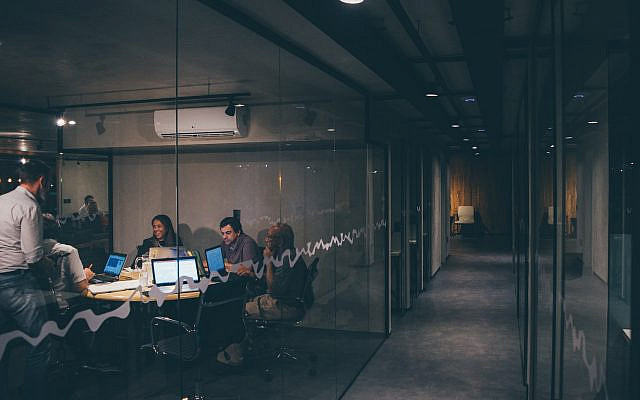 The past year has provided us with even more reason to recognise Israel as the world’s ‘Startup Nation’, with 2019 providing the backdrop to yet another record-breaking year.

With sustained success following the nation throughout the previous decade, the 2020s look set to bring Israeli businesses even more global success in a world heavily dominated by the influence of Silicon Valley.

Zysman managing partner and local tech leader, Shmulik Zysman said of the landmark financial results: “2019 marked a record year, capping a decade of successive increases in capital invested in the Israeli high-tech industry. The final quarter of 2019, and the entire year of 2019, symbolize the clear and consistent trend of the Israeli high-tech industry: tremendous growth and frequent record-breaking.”

For the country that’s heavily referred to as the ‘Startup Nation’, Israel is beginning to show clear signs of evolving into the ‘Scale-Up Nation.’ Significant levels of money are now arriving nationwide, but most significantly in the tech hubs of Tel Aviv, but just how easy will it be for a nation of Israel’s geographical size to compete with the US and Europe in terms of innovation? There’s plenty of evidence that shows that Tel Aviv can rub shoulders with the world’s tech giants:

Emerging As The World’s Tech Hub

Israel has made a concerted effort to establish itself as a nation for innovation among its repertoire of startups in the 21st Century. The country’s recognition as the ‘Startup Nation’ illustrates the impressive feats already achieved by Israel in terms of embracing technology and emerging software.

It’s hard to look beyond Tel Aviv as the melting pot for exciting new tech startups within Israel. With the Israeli population consisting of around 8.5 million people, the nation has the largest cluster of startups-per-capita worldwide – with one startup existing per every 1,400 citizens.

The vast majority of startups emanate from Tel Aviv, an innovation hub that plays a significant role in the country’s coastal plain now lovingly dubbed ‘Silicon Wadi’. Last year, Innovation Israel charted the growth in the number of paid employees in Tel Aviv tech industries at 13,200 – a figure that eclipses the rest of the country.

The emergence of Tel Aviv as Israel’s innovation hub has aided foreign businesses to identify exactly where to scout out external strategic partnerships.

Tel Aviv has formed the driving force behind Israel’s efforts to transition from the ‘Startup Nation’ into the ‘Scale-Up Nation’, and the city and nation alike have largely benefited from Israel’s geographical position as the gateway to the world. As globalisation continues to see growing numbers of international business and dealings, Israel’s proximity to both Europe and Asia – along with its political ties to the United States – provides the country with a unique level of interconnectivity with the wider world.

Israel may have a strong reputation for innovation but has historically struggled when it comes to scaling. Few domestic startups have attained a value of over $1bn, and just one firm, Teva, have found a place among the world’s top 500 companies based on market capitalisation.

However prolific Israel is at producing startups, it’s found itself underachieving further down the line. However, there’s plenty of reason to believe that the nation has turned a corner. Last summer, Tokio Marine Holdings Inc. entered a partnership with Israel’s Harel Insurance Investments & Financial Services Ltd. as a means of capitalising on the potential of the country’s powerful tech talent.

The partnership was heralded by Harel CEO, Michel Siboni as a creator of “vast potential for Israeli startups and entrepreneurs.”

As Israel continues to welcome more foreign investment, more room for growth is opened up. Businesses can effectively market themselves to the western world through copywriting organisations, whereas companies can establish greater appeal to the east via translation services.

The emergence of Israel’s tech hubs has arrived at a time when the world is becoming more dependent on cutting-edge technology. As such, cities like Tel Aviv have become unignorable to the wider world.

With greater global interest and revenue levels, domestic startups now have the power to explore the possibility of preempting the next great technological innovations and position themselves ahead of the development curve.

Nexite is an Israeli company that’s been working on such solutions. Nexite has been working on optimising customer experience models in brick and mortar retail outlets in a bid to modernise high street shopping to compete with the growing might of eCommerce.

Elsewhere, startups like Personali focus on artificial intelligence solutions to analyse the behaviour of shoppers and deliver them personalised offers and customised item prices based on real-time interest levels.

Israel’s focus on in-store retail illustrates the nation’s commitment to innovation and pre-empting solutions to problems that other tech companies are yet to prioritise. Other industries like healthcare and online security have also felt the influence of Israeli tech.

In a world that’s continually shrinking, Israel has found itself in a hugely advantageous position, both in a geographical sense and in terms of the nation’s wise decision to encourage the establishment of startups.

History has shown that Israeli businesses have found it difficult to transition from life as a startup to a fully scaled company, but there’s plenty of evidence that the nation’s tech hubs are learning fast. With international interest pouring in at an unprecedented rate, the arrival of the 2020s could bring even more prosperity for the ‘Scale-Up Nation’.