The Nazi’s Granddaughter: How I Discovered My Grandfather Is A War Criminal is now 10 weeks old.

To commemorate, Voice of America is featuring how an American-born granddaughter came to terms with a grandfather in Lithuania who was involved in murdering Jews, how his actions have been covered up by the government, and how the government has declared him a hero.

The gestation period for this book has been twenty-one years.

It all started in late January 2000 when my mother, on her deathbed, asked me to take over the writing project of her famous father, Jonas Noreika, a WWII hero in Lithuania. I had no idea he had been accused of murdering Jews. All that came months after her death when I couldn’t talk to her about it.

Over the next few years, as I put the pieces of his life together—his antisemitic manifesto drafted at the age of 22; his leading of the five-day uprising in June 1941 in Žemaitija (which ushered in the Holocaust) at the age of 31;  his being governor of the Šiauliai region during the Nazi occupation from 1941-43 at the ages of 31-33; his signing of documents to send Jews to a ghetto and to distribute their property even before their death—I had to ask myself: Do I want to continue with this project?

I am just his granddaughter. I’m not a historian with a PhD who’s an expert in WWII.

I glimpsed the immensity of the story and I shrank away. I didn’t think I could capture it.

Who do I think I am?

Despite all my doubts, I decided to try. 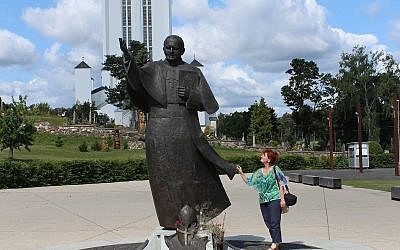 As his granddaughter, I wanted to drop the idea of discovery and leave his life alone. But as a journalist and a Catholic Lithuanian, I needed to pursue the truth, no matter how uncomfortable. For the most part, I relied on my faith.

As a high school English teacher in a suburb of Chicago, I teach my own students about the Holocaust by assigning Holocaust literature, such as Night by Elie Wiesel. As the standard curriculum suggests, I teach my students the difference among perpetrators, upstanders, and bystanders.

At the same time, this insane deathbed promise I had made to my mother constantly buzzed in the back of my mind. I kept asking myself: Do I want to be a bystander? Or do I want to be an upstander?

I know I can’t bring back the 8,000 to 15,000 Jews murdered under my grandfather’s watch as a leader of the 5-day uprising and governor of Šiauliai. But I can certainly tell the truth of what happened so that the memory of how the Jews were slaughtered in Lithuania is not whitewashed, distorted, gaslighted, or lost.

It is a personal story, a memoir of how I dealt with this horror—not just of what my grandfather did, but how it was all covered up so grandly by declaring him a hero.

How does just a granddaughter process all this?

The stress has been nearly unbearable. 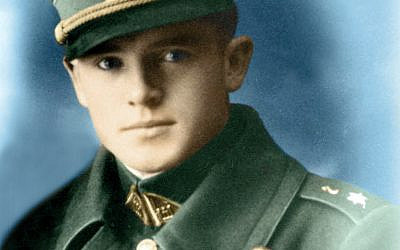 I eventually decided to go as deep into the Nazi occupation as I could, to recreate the horror in scenes that would grip a reader’s heart. If I could write about one man’s life profoundly in WWII Lithuania, perhaps it could serve as a poignant summary of what happened in that small country, and why nobody wants to talk about it.

The more I studied Jonas Noreika, the more I realized how he so remarkably captured the spirit of Lithuania during that awful time. He lead the five-day uprising in June 1941 against the Soviets (which ushered in Operation Barbarossa); he was governor of Šiauliai during the Nazi occupation (when 8,000 – 15,000 Jews were murdered under his watch); he spent nearly two years in a Nazi prison (for having Lithuanians avoid joining the SS because of nationalism, not to defend Jews); he tried to lead a rebellion against the Soviets in 1945 when he acquired his nom de guerre of General Storm; and he spent more than a year in a KGB prison, where he was tortured and executed, two bullets to the back of his skull, at the age of 36 in 1947.

At the same time, Lithuania has endured two occupations by the Nazis and the Communists.

It’s like having two abusive parents, one worse than the other.

Lithuania just wants a nice hero to worship, that’s all. He can’t be a monster.

Unfortunately, he is. That is the sad and ugly truth.

The Nazi’s Granddaughter has received some press coverage: 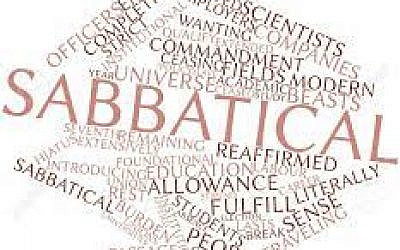 People often ask how I cope with all the hate coming from so many Lithuanians who are upset that I am upending their narrative that Lithuania was just an innocent bystander during the Holocaust in its country, that it was all the German Nazis who did all the murdering of Jews.

Because this story is so controversial, it helps tremendously that I am an American.

I often ask myself what would I have done with this story if I lived in Lithuania? As a high school literature teacher, I am convinced I would have lost my job.

In contrast, my high school in the United States—Proviso Mathematics and Science Academy in Forest Park, Illinois—has granted me a sabbatical for a year so that I can engage with audiences worldwide to teach Holocaust truth, to help prevent future genocides, and to give Lithuanians a path to truth and reconciliation. My school district believes that the results will greatly benefit my students and audiences in the future.

Thus, perhaps only an American of Lithuanian heritage could have uncovered this and gotten it out to the world.

During my sabbatical, I plan to engage in discourse with diverse audiences on important, controversial topics of racism and genocide, as well as the politics of memory and history wars. By sharing my journey of discovery, I hope to inspire audiences to take a stand for human dignity, even in the face of relentless opposition.

Look how much just a granddaughter can do.

A Jewish friend pointed out that the words sabbath and sabbatical come from the same Hebrew root word sabat, which means to rest. Although I will have a break from teaching high school literature for a year, I don’t plan to rest!  I plan to work tirelessly to dismantle Lithuania’s denial of its role in the Holocaust.

I have already been invited to speak in Lithuania and in Israel this October. As of today, I have been invited to speak for several organizations, including the Olga Lengyel Institute; the Israeli-American Civic Action League; the Simon Wiesenthal Center; The Ghetto Fighters; American Jewish Committee; Cape Town Holocaust and Genocide Center; the Association of Lithuanian Jews in Israel, and more.

The Holocaust Memorial Resource and Education Center of Florida has invited me as a speaker to its Teacher Institute this June, and the focus is on denial. I’ve been invited to help with writing a curriculum on how my book is a study of Holocaust distortion in Lithuania so that teachers could teach their students about how one country does all it could to avoid taking responsibility for its actions in helping the Nazis kill so many Jews.

This story is so unbelievable. Yet it’s all true.

If you would like Silvia Foti—just a granddaughter–to speak for your group about the themes associated with The Nazi’s Granddaughter during the coming year, please send her an email at lotusink@att.net