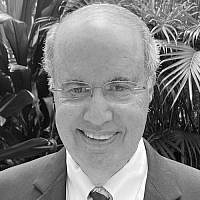 The Blogs
Ken Bernstein
President, National Committee of Hadassah Associates
Apply for a Blog
Advertisement
Please note that the posts on The Blogs are contributed by third parties. The opinions, facts and any media content in them are presented solely by the authors, and neither The Times of Israel nor its partners assume any responsibility for them. Please contact us in case of abuse. In case of abuse,
Report this post. 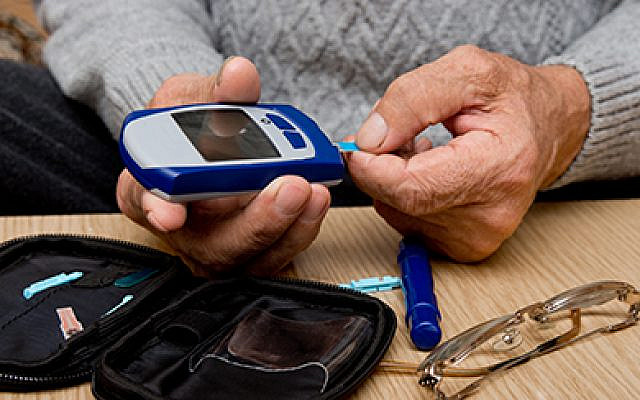 My Type 2 diabetes diagnosis should not have caught me by surprise. After all, half a billion people worldwide suffer from the disease and 1.5 million Americans were diagnosed just last year (Type 2 diabetes, which results from the body’s ineffective use of insulin, accounts for 90% to 95% of all diagnosed diabetes cases). I also had several risk factors: sex is one (according to a recent UK study, men are twice as likely to have diabetes as women) and age is another (23% of Americans over the age of 60 have the disease). In the last 20 years, the number of adults diagnosed with diabetes has more than doubled as the American population has aged and become more overweight or obese.

According to the Centers for Disease Control and Prevention (CDC), diabetes is the seventh-leading cause of death in the United States. In 2021, 100,000 people are reported to have died of the disease, although because it is underreported, the number is probably higher. Today, 37 million Americans have diabetes – and 8 million of them do not even know they have it.

Thankfully, I am no longer one of them. And that’s where awareness comes into it. Weight is the single best predictor of Type 2 diabetes, yet one in three people worldwide is overweight. I am lucky to have escaped being among the alarming 40% of American men who have severe diabetes simply because they put off seeing a doctor until their symptoms were urgent or the 30% who avoided a doctor altogether out of fear of finding something wrong. A 2022 study of the health of American men shows that a majority of them are complacent or uninformed about it. Three out of four are overweight or obese, and one in three has some form of cardiovascular disease.

Yes, folks, awareness matters. That “don’t know they have it” statistic is scary. Getting regular checkups can make the difference between life and death. I get it, and I hope you get it too.

Maybe diabetes was always in the cards for me. While I am in fairly good health, I have had my share of medical issues over the past two decades. I had quintuple bypass surgery 18 years ago followed by a nephrectomy that left me with a single kidney. I was on medication to control my glucose, then went to the medication metformin and now take insulin shots three times a day.

Today, I am a retired teacher and financial consultant living a busy and active life in Florida with my wife, Laurie. We have two sons, two daughters-in-law and three young grandchildren. I want to stay active for my wife and family. This is where acceptance comes in.

Now, let’s get into action and education. I am President of the National Council of  Hadassah Associates (NCHA), a 35,000-strong group of men who are partners of Hadassah, The Women’s Zionist Organization of America. We share that venerable organization’s commitment to healing, health education and, through the work of our world-class Israeli medical center, the Hadassah Medical Organization, advancing medical care.

The Hadassah Associates make a vital impact on men’s health in Associates’ local communities by educating, fundraising and developing resources. Our current initiative – which we are highlighting during June, Men’s Health Month – is raising national awareness about the prevention and treatment of diabetes and what is known as “prediabetes,” a serious health condition where blood sugar levels are higher than normal but not high enough to lead to a diagnosis of Type 2 diabetes.  (According to the CDC, roughly 96 million American adults – more than 1 in 3 – have prediabetes.  Of these, more than 80% do not know they have it.)

Recently, the Hadassah Associates hosted “Miracles of Hadassah,” a fundraiser in Florida and our first in-person event in more than two years. The event raised substantial funds for the diabetes research being done at the Hadassah Medical Organization. Examples of such research are the 2021 study conducted by Hadassah endocrinologist Dr. Avivit Cahn that found that diabetic adults whose glucose levels fluctuate over the course of five years are at greater risk of dying prematurely than those whose levels remain stable, and the Hadassah research that led to the development of an oral insulin pill that may someday replace insulin shots (the pill is in clinical trials).

Education is essential. Hadassah’s US national advocacy team is enlisting the organization’s 300,000 members and supporters to push Congress to support two bills, The Diabetes Self-Management Training Act (H.R. 5804) and the Expanding Access to Diabetes Self-Management Training Act of 2021 (S.2203), both of which would pave the way for greater patient access to self-administered, life-saving tools that will ensure that a diagnosis of diabetes is not irreversible. (Hadassah’s National Action Center provides the tools to contact your national legislators.)

My personal sense of mission stems from a deeply felt need to give back and a commitment to Judaism’s teaching of tikkun olam, the need to repair the world. This philosophy keeps me accountable for my diabetes diagnosis and spurs me to share the following life-saving diabetes prevention tips myself and through the work of the Associates:

On June 14, from 8:00 to 9:00 pm (ET), the Hadassah Associates will host “Diabetes Awareness,” a virtual event with guest speakers Nadav Kidron, CEO of Oramed Pharmaceuticals, which is conducting clinical trials on an oral insulin pill developed by the Hadassah Medical Organization, and Dianne Gottlieb, a member of the volunteer leadership team of Hadassah, The Women’s Zionist Organization of America, who sits on its National Board and on the board of the Hadassah Medical Organization. For more information and to register, click here.

About the Author
Ken Bernstein is National President of the National Committee of Hadassah Associates, a group of 35,000 men who are working partners of Hadassah, The Women’s Zionist Organization of America. Mr. Bernstein joined the Hadassah Associates in 1983, attracted to the group’s mission to make a vital impact on men’s health through education, fundraising and the development of resources. Mr. Bernstein is a retired financial consultant and insurance broker who was previously a highly respected teacher and administrator for the New York Public School system. Among the many positions he held during his career as an educator, Mr. Bernstein served as President of Directors and Principals of Adult and Continuing Education for New York City. He and Laurie, his wife of nearly 50 years, are longtime supporters of Hadassah.
Related Topics
Related Posts
Comments