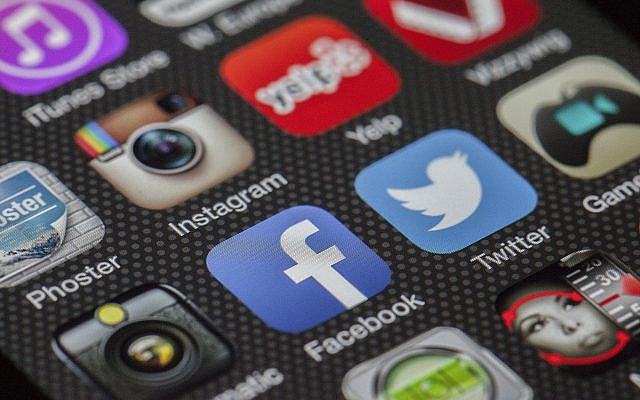 Image by Thomas Ulrich from Pixabay

Coups. Riots. Deplatforming. Hacks. We’re in the midst of a geopolitical storm of century-level proportions, whose effects will be felt far beyond the US. It is completely understandable that many of us are focused on the trees and not the forest.

Tree: the armed insurrection in the US.  Tree: the deplatforming of democratically elected officials.  Tree: the massive digital attack on the US. Tree: the disinformation campaign that increased US susceptibility to COVID-19. Tree: the antivaxxers threat to prolonging COVID19. Tree: the Apple ‘opt-out’ offensive against Facebook. Tree: Amazon’s removal of a social network from its servers, and thereby the internet.

Some of these trees may stand out to you more than others, but they’re all in the same forest. Our forest. Our geopolitical environment, predicated on the idea that a sovereign people builds a state responsible for their wellbeing. And our forest is burning.

On the face of it, the deplatforming of DJT was a legitimate action enforcing the Terms of Service. No big deal. Corporations have the right to refuse service. There was and is a clear threat of violence that the digital platforms enabled. The Republicans weren’t going to join with their Democratic colleagues to condemn the armed insurrection and take action to prevent the next wave, so this is just justice by other means, right? Well, not exactly. As Scott Galloway remarked, “where is our country when we look to Big Tech to solve our problems instead of government?” Justice outside the framework of the law has a name: vigilantism. While tactically it may have prevented violence, strategically it has opened the door to a massive disruption to our political consensus that will impact every Nation-State where the internet has become a major part of political life, not least small Nation-States such as Israel.

The long-term implications of the free reign of a platform to remove high-ranking political leaders are ominous. By recognizing the near absolute power digital corporations hold over elected officials and political parties, we should recognize the State has permitted a multi-national set of institutions to have deep and fundamental influence over domestic politics. The largest of these, Facebook, Amazon, Google, Apple, Microsoft, reach into the daily lives of billions of people in a way their governments would never imagine. We have accepted the legitimacy of these Digital Empires so far as they attested to the fact that the troves of information they have gathered on each of us is for advertising purposes only. With their recent actions to overtly intervene in the domestic politics of the US, we need to find a moment in this period of insanity to understand that the Digital Empires have fundamentally challenged the nature of the Nation-State.

Specifically, by encouraging non-State actors to directly influence the political machinations of the world’s most-followed democracy, we have let the digital genie out of the bottle. The world as it is organized today is radically different from the geopolitical arrangement at the start of the 20th century. We should never forget: it took two world wars, hundreds of millions dead from domestic extermination campaigns, and countless liberation efforts to create the Nation-States which provide self-determination to most of the world’s humans, and distribute the fruits of the exponential growth in technological progress for human advancement. Nation-States definitely have their flaws, and yet they do one thing rather well: by defining their boundaries and declaring law within their borders, Nation-States maintain the monopoly on violence that has led to one of the most peaceful and secure periods in human history.

Nation-States create markets, secure capital, and can work together as meaningful actors out of an interest to grow the pie for the constituents of that State. Hence there are ‘American’ companies and ‘Chinese’ companies, ‘Israeli’ companies and ‘Japanese’ companies, even if those companies have off-shoots across the world and keep their legal headquarters in the Cayman Islands (for tax purposes, naturally). Nation-States enact monetary policies and industrial policies to benefit their constituents, and historically we have learned to spurn and punish self-interest and corruption by those who we, the people, have entrusted with power.

The events of the first week of January 2021 have made it clear that the geopolitical framework set in the 20th century will not continue into the 21st. If the 20th century was defined by conflicts between Nation-States (world wars, cold wars, trade agreements), the 21st century will be defined by the conflict between the Nation-State and the Digital Empires who control the infrastructure that permeate the lives of billions of humans.

The Digital Empires have now clearly shown that they are a force that can deeply disrupt, if not end, the operations of a sitting president of the United States of America. Or an aspiring candidate in any country. Or anyone who does not own and control the means of communication or interaction, for that matter. The fact that the Digital Empires were able to so swiftly damage a national political effort with tens of millions of supporters in the United States should give pause to any democrat: today it was DJT; tomorrow will it be AOC for inciting economic redistribution? Will it be Bibi because those corporate chiefs believe his corruption is bad for business? Will it be Angela Merkel because she decides to enact more strict data privacy laws and limit freedom of data centers? Let’s remember that these decisions are not made based on legal precedent, and that the corporations in question are profit driven; that they decided to deplatform Trump mere weeks before new power brokers swept into Washington and not before the Senate majority was determined suggests corporate calculations were central to their decision making. National politics at the mercy of a corporation’s economics.

Silicon Valley and its enthusiasts have been speaking about disruption for decades now. They have proclaimed that software is eating the world. They have lobbied to reduce regulation and oversight. They have spent more money directly and indirectly than any of us will even know at shaping the electorate to support propositions and measures that reduce the State’s say in their labor practices and public reach. They have tacitly permitted their tools to be used to subvert elections, profited off of firms who have licensed their data to build influence operations, and have turned a blind eye to the deep impact their algorithms have had on swaying democratic decision making. These actions over the past decades were passive at best, and covert actions against the Nation-State and its sovereignty at worst. In January 2021, the covert war phase of the Digital Empire’s war on the Nation-State came to an end.

We now live in a world in which there is no avoiding the political role of the Digital Empires in the community of Nation-States. The Digital Empire genie came out of its bottle, deplatformed the most powerful person in the world and there is no way to get it back in. There can be no meaningful conversation about how human beings govern their collective affairs without a deep and values-based conversation about how these Digital Empires – who know more about ourselves than our closest friends – figure into self-governance. There isn’t an executive branch, an intelligence service, or a national security apparatus in the world who is not adding Facebook, Google, Apple, Amazon, Microsoft, and yes, Twitter, to its threat assessment. There shouldn’t be a political scientist, an economist, a moral philosopher working today that does not figure their power and their influence into questions about public policy and the functioning of international institutions. And none of us citizens of democratic States can ever imagine, ever again, that we are self-governing so long as the Digital Empires are given the freedom to intervene in our information reality at will.