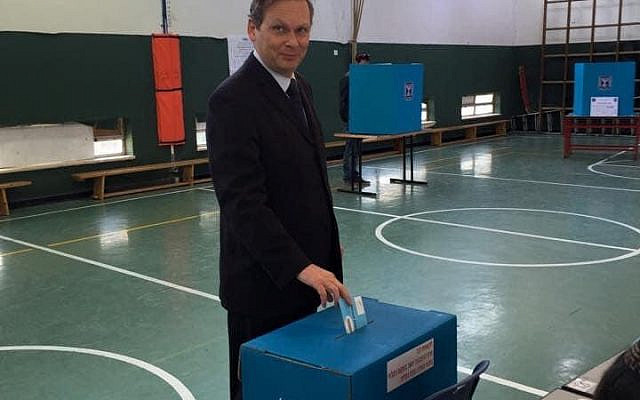 It has taken five elections in just over three and a half years and almost continuous campaigning, before a final knockout came.

The political heavyweight champion, Benyamin “Bibi” Netanyahu will return as Prime Minister for the third time, after being ousted by the electorate in 1999 and again in March 2021.

No other Israeli Prime Minister has ever managed such an extraordinary achievement by returning for a third time.

To put this in context with the boxing world, Muhammad Ali, in September 1978 defeated Leon Spinks in New Orleans to win the world heavyweight boxing championship title for the third time in his career.

Ali was the first boxer to lose the title twice but still returned to win it again. No other boxing champion has ever achieved this.

Netanyahu campaigned for 12 national elections, 11 of them as leader of the Likud party. He has served in 12 of the 25 Knesset’s and won 6 elections if you count the March 2020 fight, when he formed an alliance with Benny Gantz, (who broke from Yair Lapid). But that only lasted for less than a year before a fourth election was held in March 2021.

It is quite ironic that Labor leader Merav Michaeli made a significant contribution to Netanyahu’s win by refusing to join with Meretz because she said Labor voters would turn elsewhere.

The left, also known as the anti-Netanyahu camp, had 4 parties hovering just above the threshold and another, Balad just below. There was always a strong chance that wasted votes would prove costly.

In the end, Meretz fell about 3,900 votes short of the threshold, and approximately 151,000 Meretz votes counted for nothing. Labor just made it across the line.

This triggered a wave of attacks, and each side blamed the other for the bloc’s failure. A senior Yesh Atid official said “Benny Gantz fought Lapid instead of Netanyahu. “He failed to win another two seats from the right and he is responsible for the loss.”

The official continued, “Instead of cooperating with Lapid, Gantz was obsessed with himself, whereas Prime Minister Lapid mounted a positive campaign and was respectful of all parties in the bloc. “But Gantz went on about an imaginary government that he may form.”

Sources in Gantz’s party, National Unity, said “Lapid failed to manage the bloc. “We could have secured 61-59 in our favour, but Lapid did not act to get the Arab parties to run together nor Labor and Meretz to merge. “He also did not obtain surplus votes agreements between all the parties.”

Surplus vote agreement mean that if a party does not have enough votes to make up an extra seat, those votes can be transferred to another party if an agreement is made, rather than being thrown away.

Labor was once the governing party of David Ben Gurion, Levi Eshkol, Golda Meir and Yitzhak Rabin but last week they only received 4 seats, because they did not have answers or solutions for the state. Instead, they focused their campaign on criticising the right with unnecessary rhetoric and childish name calling while Merav Michaeli spoke about the importance of transportation on Shabbat and people being able to choose whether they are male or female or both.

This is not the way to run an election campaign in Israel with security, crime and the cost of living being major issues for much of the public.

In her defence, Michaeli launched a fierce attack against Lapid for “thinking about himself especially on election day.” She accused Lapid of taking essential votes from Labor and Meretz in order to reach nearly as many seats as Likud.

Yair Golan who lost the Meretz leadership race to Zahava Gaon said “Meretz has reached the end of the road. “As a political party, I am sceptical about Meretz ever coming back.”

In an interview with Kan, former Meretz leader Yossi Beilin said “many of my friends voted for Lapid and Gantz who are also on the left. “Only Gideon Sa’ar and Ze’ev Elkin are the hawks in their bloc.” Beilin also blamed Merav Michaeli for the Netanyahu victory saying she should have merged with Meretz.

The far-left wing party was in the last government for the first time in 20 years, yet Meretz chose not to highlight their achievements in government. They simply criticised the other side.

Meretz dropped under the threshold by around 0.2%, which is beyond the accuracy of any poll. This in turn boosted the other parties, as the Meretz vote gets allocated elsewhere.

Had Meretz gained those extra 3,900 votes, the Netanyahu bloc would have won 61, or more likely, 62, seats, which is not far off the polling average.

The other party not to cross the threshold was the Arab Balad, which ended up with 2.9 percent or about 15,000 votes short. This means that while the Arab parties won a combined 511,000 votes, virtually the same as Religious Zionists, they ended up with just ten seats. Ultimately, the 130,000 increase in the Arab vote since the last election, and the successful effort to increase their turnout, was largely meaningless.

In total, the anti-Bibi bloc wasted 289,000 votes, worth around seven seats – the difference between a very close election and a resounding defeat.