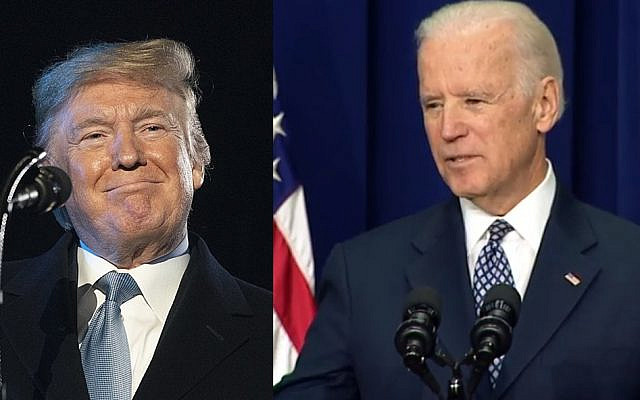 As soon as the campaign for the 2020 presidential election started, which is pretty much as soon as the 2016 campaign ended, Trump supporters have been assuring us that Trump would be re-elected.

In their minds, Trump losing was not even a consideration. It was totally out of the question. All those Democrats vying to run against him were only laughable fools competing for the honor of being trounced by him.

Even after Joe Biden easily won the Democratic nomination and was far ahead of Trump in the polls, Trump supporters kept dismissing Biden out of hand. Trump himself encouraged them by calling Biden “sleepy Joe” and the “the worst candidate in the history of presidential politics”.

Trump, on the other hand, referred to himself in many glowing terms, including a “very stable genius”, and his supporters lapped it up.

But despite his clownishness, or maybe because of it, Trump was a formidable candidate. He defeated several very credible contenders to the Republican nominations in 2016. He then defeated Hillary Clinton who was seen at one point as a sure win. And he defeated all conventional wisdom by behaving in atrocious ways again and again while getting away with it. If a normal candidate had been caught uttering only one of the lies or making only one of the offensive comments that Trump made during the 2016 campaign, that candidate would have been out on their ears, but not Trump. He appeared invincible.

So how did “sleepy Joe”, the “the worst candidate in the history of presidential politics”, and someone that many even within his party dismissed as a has-been, defeat the “very stable genius”? His supporters could not see that ever happening, and many Democrats also had their doubts, but they did not account for three factors: Covid-19, the re-awakening of the Black civil rights movement, and Trump’s atrocious response to both.

Covid-19 took everyone by surprise, and various governments responded in different ways. Trump’s approach was to handle that crisis the same way that he handles every crisis, by lying. The Atlantic documented his many lies up to the afternoon of November 2, 2020, the day before election day, and there are too many to count.

Trump’s response to protesters demanding an end to discrimination against Black people was similarly dismissive and similarly based on lies, such as his often-repeated lie that the protesters were all “thugs” and “anarchists”. And when violence was perpetrated against protesters, Trump refused to condemn it.

Trump’s supporters, who believe his lies without ever questioning them, were sure even on election day, that he would win. But enough voters stopped believing him, and enough voters believed Joe Biden when he promised them “hope over fear, facts over fiction, fairness over privilege”. Even weeks after election day, when election results showed Biden winning, replacing months of polls that predicted that he would win, Trump supporters were still sure that Trump won, because he told them that he did.

On January 20, 2021, when Joe Biden is inaugurated president, Trump’s supporters will still be claiming that Trump won because he will still be lying to them. They are too invested in his endless lies to see Trump for what he is, a con man whose only priority is himself. Maybe one day some of them will.

But in the end, the Trump supporters’ cult-like mentality didn’t stop Biden, and he won. He won because he offered a reassuring, caring, and competent image that clashed dramatically with the incompetence, callousness, and alarming spectacle of the Trump presidency. He won because he took Covid-19 seriously, and he won because he took Black lives seriously. Joe Biden and Kamala Harris (that he wisely selected as his running mate) won largely thanks to Black Americans, the Americans who suffered the most from Covid-19 and the Americans whose civil rights Trump dismissed.

Biden won because he not only wasn’t the “the worst candidate in the history of presidential politics”, but because he was exactly what America needed right now. While Trump kicks and screams whenever he doesn’t get his way, Biden examines issues calmly and responds with knowledge and precision. His decades of experience and his profound decency paid off.

The good guys don’t always win in politics. They certainly didn’t win in the U.S. presidential election of 2016. But if there was ever an acute need for the good guys to win, it was 2020, and Joe Biden delivered. Whatever happens during his presidency, Biden will be remembered as the one who defeated Trump, the president who lied and lied and lied and kept getting away with it, until he didn’t.