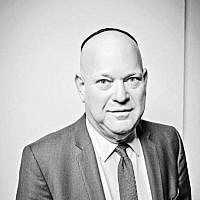 The Blogs
Gady Gronich
Apply for a Blog
Please note that the posts on The Blogs are contributed by third parties. The opinions, facts and any media content in them are presented solely by the authors, and neither The Times of Israel nor its partners assume any responsibility for them. Please contact us in case of abuse. In case of abuse,
Report this post. 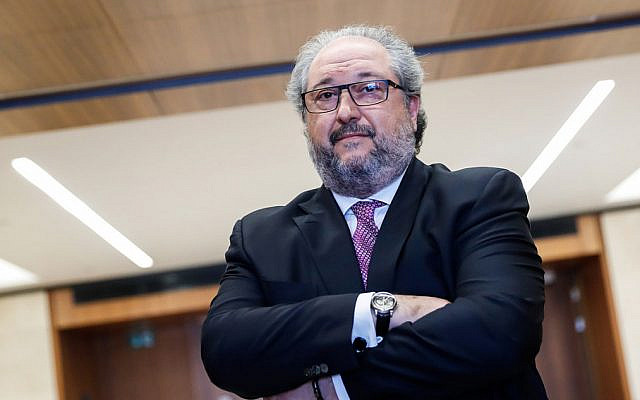 A recent survey by Barclays of 400 multi-millionaires across nine countries found 46 percent think financing good causes is the state’s jobs while 29 percent say family and business interests should be prioritised over philanthropy. In the Jewish world, philanthropy undeniably informs our education and values in a way that cannot be overestimated.

The concept of tikkun olam, acts of kindness with the aim of healing the world, is something for which the Jewish community is well-regarded the world over as it showcases the value of philanthropy beyond the act of giving.

Jewish philanthropy is often a means of connecting disparate Diaspora communities and imbuing them with a sense of a community, fellowship and family.

For global Jewry, far from detracting from the greater priority of family commitments, charity serves to heighten our sense of family values in line with the universal Jewish values of community, openness and tolerance.

It is no coincidence that the closest translation of the word ‘philanthropy’ in Hebrew is tzedakah. While this is most commonly used generically to mean charity, it more accurately describes the act of social justice the giver conceives of for those in need of it, which can only be actioned effectively in collaboration.

Social responsibility trumps mere acts of charity because is something that can only be actioned in collaboration with other like-minded individuals, it isn’t a nameless faceless that act that can be aimed at someone in isolation.

There are many examples within our community that illustrate how essential collaboration between like-minded organisations and individuals from across the worlds of business, media, politics, and beyond, is in the interests of working towards achieving our common objectives.

One such example is Russian businessman and philanthropist Boris Mints, whose charitable work, under the umbrella of The Mints Family Charitable Foundation, is driven by family values. The foundation is especially committed to supporting non-profit organisations and community projects in the fields of the arts and culture, science, medicine and education, and the development of Jewish communities.

The common thread between all these philanthropic interests is the idea of uniting people in working towards finding solutions for contemporary global problems facing society, based on the principles of charity, philanthropy, mutual support, tolerance and traditional family values.

As chairman of the Council of Patrons of the Conference of European Rabbis (CER) and vice president of the World Jewish Congress (WJC), Mints is passionate about collaborating with fellow business and political leaders with the expertise and experience to advise and support organisations working to unite Jewish communities, protect their rights to religious practice and expression and advance educational initiatives for Diaspora Jewry.

Mints prioritises education as the most profound philanthropic act and the most powerful tool in the fight against antisemitism and hatred and in support of furthering positive change in the world for the benefit of society. This ethos was behind the establishment of the Boris Mints Institute (BMI) to encourage research, planning and innovative thinking with the aim of promoting new strategies for enhancing the welfare of communities around the world. For many people, the misconception that a lack of resources is the main contribution factor to poverty and inequality in the world, but BMI recognises that in many cases the technologies, treatments and resources to adequately redress imbalance are in fact in place, but ineffective policy means decision-makers aren’t able to mobilise them to effect positive change.

BMI creates research grants and scholarships to direct thinking in practical policy-minded vein, in addition to hosting conferences on which the world’s eminent researchers and academics in their field can collaborate to advance practical solutions to some of the world’s most pressing social issues. Among the BMI’s initiatives is a $100,000 prize to an individual who has dedicated their life’s work to research in an effort to advance global policy formation and social integration of communities.

According to Boris Mints, the prize is designed not only to reward those seeking to make strides in thinking on an important subject, but also to encourage other researchers to follow suit.

Winners are required to contribute 20 percent of the fund’s value towards a scholarship for their chosen academic, allowing him or her to dedicate more time to research that can have global benefits.

The concept of ‘paying it forward’ might not be wholly new in the world of philanthropy, but it is the convergence of philanthropy, academia and social innovation that makes the initiative so compelling. The winner in 2018, Professor Michael Kremer, a Gates Professor of Developing Societies at Harvard University’s Department of Economics, was awarded the prize for his research aimed “at fighting poverty and enhancing the welfare of disadvantaged communities worldwide”.

The fact that Professor Kremer went on to be named one of three 2019 Nobel Prize Laureates for Economy only heightens the credibility of the BMI prize.

According to Mints, charity isn’t just about supporting the needy, however worthy a goal that is in and of itself. By advancing initiatives that offer continuity between the generations, he believes you can promote the very family values that lie at the heart of our communities and the central importance of charity to society.

Mints’s philosophy is that by building dialogue between individuals, organisations and cultures, we can better build future prospects for our youth, community, wider society and civilisation, promote our collective social responsibility and the preservation of our common cultural and historical heritage.

And by doing this we create a better future.