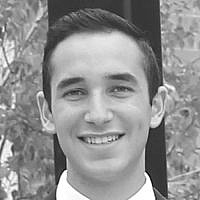 The Blogs
Jacob M. Miller
Apply for a Blog
Please note that the posts on The Blogs are contributed by third parties. The opinions, facts and any media content in them are presented solely by the authors, and neither The Times of Israel nor its partners assume any responsibility for them. Please contact us in case of abuse. In case of abuse,
Report this post. 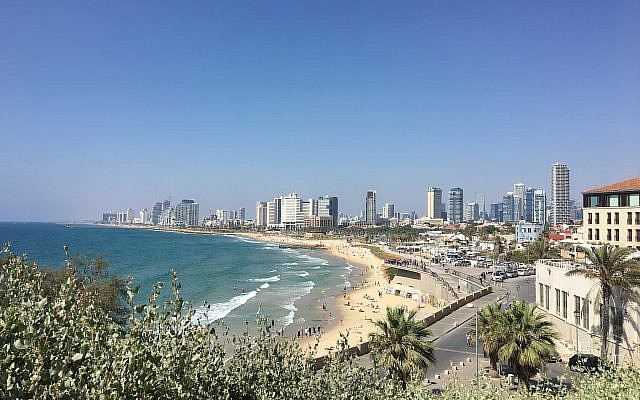 American Jews have an unusual relationship with Israel: while we are not Israeli citizens and cannot vote in Israeli elections, the task of defending Israel on the world stage often falls to us. For better or worse, our non-Jewish neighbors expect us to defend Israel’s right to exist and we feel compelled to stand up for the only Jewish state. American Jews, the overwhelming majority of whom lean liberal, engage in acts of political contortion separating their support for Israel from their opposition to Israel’s current rightwing government. While this distinction is necessary and valid, the separation between Israel and its government has become less clear with the passage of laws that fundamentally reframe Israel’s values like the 2018 Nation State Law. Annexing parts of the West Bank is another policy that will further blur the lines between the country and leadership of Israel, as the current government redraws Israel’s borders.

How should American Jews respond to the impending annexation? Should our support for our “home country” remain the same? Does annexation change Israel enough to warrant a cessation or diminishment of American Jewish support for Israel? The true answer probably lies somewhere between these two extremes–we must continue to support Israel as our home country but we must remain ironclad in our liberal commitments to negotiated peace in the region. Here are three ways to advocate for the democratic future of Israel:

Progressive lawmakers led by Rep. Alexandria Ocasio-Cortez support an effort to condition American security assistance to Israel should Netanyahu’s government annex West Bank territory: a letter circulating around the Hill calls for applying conditions on the $3.8 billion of annual military aid America provides Israel under the current Memorandum of Understanding. This policy is foolish because it fails to comprehend the purpose of American security assistance. Congress annually appropriates $3.3 billion for Israel to spend on weapons that provide deterrence for common enemies like Iran; it separately appropriates $500 million to fund programs that defend Israel against terrorist rocket campaigns. Thus American aid to Israel plays no role in the Israeli-Palestinian conflict. America’s objective of securing American and Israeli national security will not change by Israel’s policy of annexation, which is why American security assistance must continue after annexation. It would be wholly irresponsible policy to punish an ally by abandoning their national security over objections to their political decisions.

Instead, we should advocate a deduction in the loan guarantees available to Israel. Israel is currently allotted $3.8 billion annually in loan guarantees according to a loan guarantee program authorized through fiscal year 2023. This program allows the U.S. to deduct money equivalent to the amount Israel spends outside its pre-1967 borders from the total amount available to Israel. American Jews should push for a deduction based on the amount Israel spends on annexing the West Bank. According to some estimates annexation could cost $16-21 billion, enough to dry up loan guarantee funds. Israel has not used the loan guarantee funds since 2005, but views the program as a useful last-resort option if the country ever encounters financial problems and needs assistance. The policy of deducting money from the program is legal, precedented, and would avoid endangering American or Israeli national security, all while sending a serious message expressing American opposition to annexation.

Support human rights without holding Israel to a double standard

The memory of the Holocaust coupled with Jewish values of justice should prompt Jews to champion human rights. We must stand up for both the Palestinian people and the people of Hong Kong. We should criticize Israeli annexation with the same force we criticize the Palestinian Authority’s policy of incentivizing terrorism and Hamas’s recent arrest of a peace proponent. We should be unwavering in our calls for human rights without singling out Israel: do not boycott Israel unless you commit to boycotting China over their genocide of the Uighur Muslims. As global human rights violations continue, American Jews must be leaders in demanding a better world.

A peaceful solution to the Israeli-Palestinian conflict seems unattainable with the current Israeli and Palestinian governments: Israeli annexation and Palestinian propoganda efforts only make peace more elusive. To finally arrive at a solution to this decades-long conflict, we must build a generation of leaders who desire peace and trust their neighbors. Rep. Nita Lowey’s legislation to promote joint Arab-Israeli venture projects should serve as a starting point. We can also invest in programs that introduce dialogues between Israelis and Palestinians. These programs will not bring immediate peace to the region; they will, however, lay the groundwork for successful future negotiations.

The Israeli government will annex parts of the West Bank and American Jews can do very little to stop it. In response to annexation we should not lose sight of our guiding values: the belief in the legitimacy of the Jewish state, support for Israel’s democracy, and a profound commitment to justice. American Jews will continue our steadfast support for Israel, while voicing our concerns about Israel’s policies.

About the Author
Jacob Miller is a student taking a gap year at Yeshivat Eretz Hatzvi in Jerusalem, Israel. He is an AIPAC-trained activist who frequently lobbies his congressional delegation on issues pertaining to Israel and the Jewish community. Next year he will attend Harvard University as a freshman.
Related Topics
Related Posts
Comments