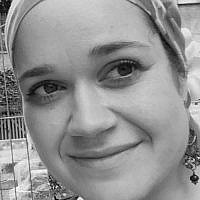 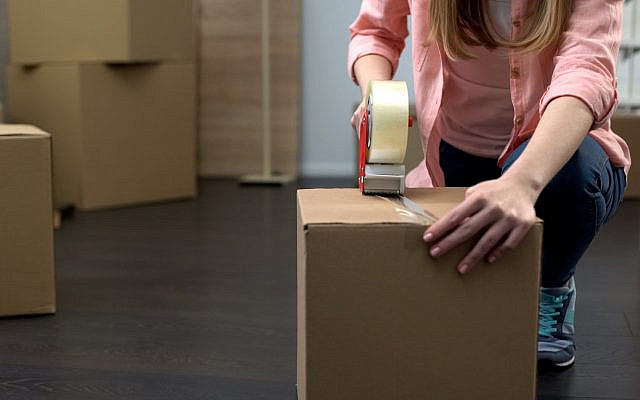 It’s been about a year and I’ve almost recovered from the physical aspects our recent aliyah.

I’ve never been a big day-camp fan (my masochistic tendencies seem to stop there), so packing up our home of 11 years to move to another country with about a month’s notice, and four children underfoot, since they were not in camp, was enough to turn my hair prematurely gray. In my mind, we weren’t really moving until we had booked tickets, and, due to some holdups with paperwork, we didn’t book tickets until a few weeks before we had to move, in order to be in Israel for the beginning of the school year.

While I had halfheartedly thrown some things into boxes “just in case,” I didn’t start in earnest until I had a definite deadline. This meant I had a little over three weeks to get rid of all our excess things, make decisions about what to bring or leave, get the house ready for tenants, and schedule a lift company to take all the things we wanted to take across the seas. I had never worked so physically, relentlessly hard in my life. I wondered if I’d ever know what it was like to relax again. But we made it without accidentally packing any children on the lift.

I learned some lessons about moving along the way. It turns out they can be applied to other areas of life as well.

Accept help. Until this point, I felt uncomfortable accepting help. That included meal trains when giving birth, getting mothers’ helpers, even cleaning help that I was paying for. That was before I reached this state of overwhelm. When a kind neighbor offered to come over and help me pack, I swallowed my pride and immediately accepted. It made all the difference. Not only did I get to know someone better — after we had spent years living parallel lives as neighbors — but I felt less alone and more capable of completing the monumental task ahead of me. And oftentimes, accepting help means you are helping lift up the other person, too. Everyone wants to feel needed at one point or another.

Accept that things will go wrong. Whether it was having to reschedule three times on the patient man who wanted to adopt our pet parakeets because they kept flying out of the cage right when he was supposed to arrive (we’re not so great at keeping pets captive), the person who was supposed to schedule our lift not showing up, or myriad other mishaps, if you’re flexible with things going wrong, your entire attitude will change. This is true at weddings, this is true when deciding on your college major, this is true on regular outings with kids, and it’s certainly true when trying to move your entire household across oceans. Sometimes the biggest unnecessary stress is caused when one can’t accept that fact that things may need to be done differently. When something goes wrong and you can think is “Okay, now that that went wrong, I can cross it off the list,” instead of flying into a stress-induced rage, you’ll be able to take it in stride and focus on everything that’s going right.

Lower your standards. Having low standards is like quitting your dead-end job. It can be scary to let go, but sometimes it’s completely necessary for your sanity and the only way to get other things done.

Break down the tasks. Oftentimes, I’d look at a messy room and think, “There’s no way I can possibly pack this.” Overwhelm and even despair would set in before I could catch myself. The few times I decided to start with one thing, like, just pack the books, or just filter out the garbage from the not-garbage, the task became instantly manageable. This has worked time and time again in all areas of my life. Break it down to as small as it needs to be to get through it. One minute at a time if necessary.

Take breaks. Even with all the packing, mountains of paperwork and general chaos, I was forced to take day trips with the kids so we’d all still be on speaking terms by the time we moved. While impossible to completely forget about the move for even a few hours, it helped release tension and create an atmosphere of stability and, yes, some fun. In this way, too, we were able to go to our familiar haunts and have closure by saying goodbye to various playgrounds and businesses that we had enjoyed. It enabled us to create an attitude of gratitude for what we had while helping us look forward to what was ahead.

Create closure. Related to the previous topic, the only way to fully move forward in almost any area of life is to come to terms with what you’re leaving behind. Switching jobs or careers, going through divorce, ending toxic relationships or moving out of your childhood home – these all require much emotional and intellectual investment into acknowledging what you’re leaving behind and why moving forward is either inevitable or the best step for you. This closure can be marked with a ceremony, verbal acknowledgment, or only mentally. But saying goodbye to the past is an integral part of saying hello to what you’re moving toward. A reason Jews spend so much time discussing our time spent as slaves in Egypt on the seder night is that you can’t fully appreciate what you’re gaining if you don’t acknowledge what it is you’re losing. So move on to bigger and better things, scary as they may seem — just don’t forget to take care of yourself in the process.