In a recent article, I shared my own experiences of the impact of increased individual acts of terrorism and of being too close for comfort during many of the recent attacks in Europe. I presented a expansive view of how it has altered my thinking and even steered me when making otherwise mundane daily decisions, such as what is the safest airline to fly right after a recent attack or when a second event in the same location seems less probable.

To put this into perspective, it is more than thought provoking when one recognizes personal changes in behavior and to consider how society has been impacted by fear-based thinking. Allowing ourselves to be manipulated by these emotions has never been and will never be the answer as it only serves to further isolate us in our individual worlds.

In the midst of this chaos and growing tensions and changing ideology, there is a human response that builds and then unravels with each new incident of violence, and every false alarm. This primal reaction that occurs when we continuouslyexperience new, traumatic events, directly or indirectly and this secondary impact of fear, real or imagined and the changes in behavior that follow continue to expand. The tensions and uncertainty have introduced a new political and social dynamic that now influences our individual and collective view and experience of life and the world around us.

This year, we have endured a surge in global upheaval, terrorism and changes to our international dialogue around the experience of fear. External changes in policy and in the media are affecting changes internally and impacting how individuals behave and make basic decisions on how we identify the enemy or distinguish between organized and isolated violence. We are conditioned now to respond with horror and then with an instinctual numbness that overcomes us and protects us from the reality of these dangers. The media feeds this overwhelming sense of helplessness as well, jumping on a event and feeding us every last detail in high definition.

An example of this complex result of fear based thinking can be found in what happened with the BREXIT vote. Motivations that inspired that vote, grounded in the anti-immigration and anti-establishment memes, changed how some Brits vacationed abroad due to terrorism concerns. In Germany, tensions following unexpected attacks this summer have similarly also been put to use as a political tool to support the growing presence of the AFD (Alternative for Germany) party which holds an isolationist anti-migrant policy. France has also strongly moved to the right politically after the wave of attacks this year in anticipation of elections in 2017.

Travel destinations that are assumed to be lower risk, such as Spain, Portugal and Italy are now considered more popular today for travelers from otherEuropean countries. Many others have taken the easier route and opted to vacation in their own country this summer.
In the United States, a list of recent events in New York City and a series of false-alarm incidents have slipped into our collective subconscious and definitively affected large groups of people, entirely changing how they react to something as harmless as popping balloons. On August 28, a loud noise at a terminal in LAX was mistaken for gunfire which spread to mass panic, gridlocked traffic and police and dozens of people running for their lives before any real confirmation of an actual weapon.

Perhaps most surprising was the reaction to the series of explosives found in the NY area and the one that was detonated in Manhattan which occurred while I was there for a conference a few weeks ago during UN week. After initial serious concerns and panic driven reporting in the media which went viral worldwide, the suspect was rapidly apprehended and the story was dismissed fairly quickly in order to focus on more pressing global issues at the United Nations. Had it not been for the Presidential campaign and the UN General Assembly, this story would have dominated our experience for far longer. The speed in which this incident was dismissed and allowed to fall from the public consciousness further validates the odd and perplexing nature of our new relationship to fear, and how we can quickly absorb the anxiety and the distrust around us.

Statistically, rates of violence across the United States are down, and in the very recent wake of the 15th anniversary ceremony at the September 11 memorial, the United States has since experienced far fewer attacks than most nations across the globe. Television and social media has been largely responsible for transmitting heightened and many times unnecessary and unfounded anxiety, reporting events instantaneously so that they go viral and cause panic before all the facts are in. This is adding fuel to the fire as the U.S seems to be acting out against a developing backdrop of paranoia and fear and a latent preparedness within us that something may or will happen, just a matter of when and where.

When we examine the impact and dangers of terror, we have the added responsibility to pick apart the more nuanced and alarmingly intricate fabric built into fear based thinking. The overwhelming reasons and stakes for understanding this before it goes too far are exactly the same motivations as those we work with to protect ourselves from violence and terror; our freedom, our future, and the quality of life today. Although fear is clearly an effective psychological weapon, exaggerating its impact is playing right into the hands of the perpetrators.

In the past several weeks, I have been to conferences and gatherings that highlight and create platforms for the many and varied positive developments in our world in technology, philanthropy, strong leadership and generosity of spirit. Globalization and the changes it has brought us, both positive and negative, is not going away and in this interconnected world, we all need to make the collective decision to choose hope over fear, to honor the human spirit that harbors true optimism and to support inclusion, not division.

Fear should be acknowledged as it will always be there, but it shouldn’t be the leading consideration in how we choose to live. The world will always have problems, but the way in which we choose to respond to this is a choice we can make. My hope is the choice will be one of clarity and engagement, not fear and isolation. Embracing a collective voice in support of the good in the world is by far the better option. 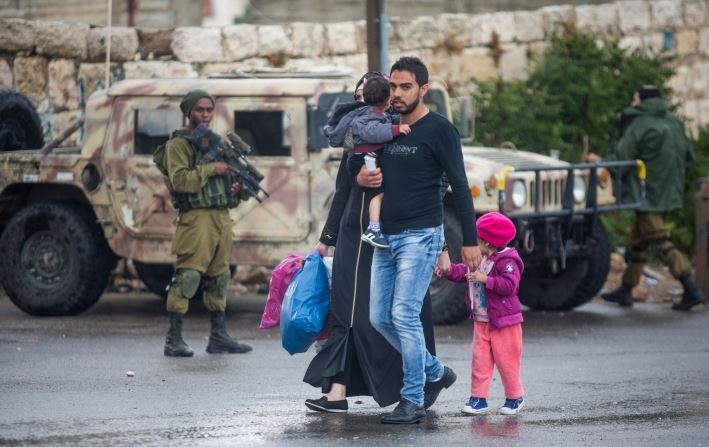