It seems that the religious and traditional Israeli Jewish population is on the rise, while the secular population is shrinking. Over the last few years, studies have shown that the number of Israelis who do not observe religious traditions has decreased, comprising only one-fifth of the total Israeli population. This is in contrast to earlier days when 41 percent of Israelis declared themselves secular (1974). Approximately one-third of the general Israeli population considers itself fully observant and the number of traditional Israelis has risen from 38% to about 50%.[1]

This should make us think. While it is true that the increased observance among Israelis is not always for genuine and healthy reasons, and often goes hand in hand with extreme political views, it cannot be denied that within the next 50 years Israel will probably see an enormous growth in Jewish pride and religious commitment. We can only hope that it will not go hand in hand with religious fanaticism which otherwise will undermine everything which was to be gained.

Over the years is has become clear that a greater number of secular Israelis would like to become more observant. However, for various practical reasons, or due to social pressures, they are unable to make this switch.

One of the great challenges, if not the greatest, is Shabbat, the only official day of rest in Israeli society when people enjoy visiting their parents and friends who live far away or who may be in hospital. Many would love to go to a restaurant and enjoy an afternoon ride through neighborhoods in Yerushalayim or other cities. But none of this is possible without the use of cars or taxis and with no open restaurants.

Here are some initial suggestions to overcome these obstacles: [2]

According to one of the greatest halachic Sephardic authorities, the righteous Rabbi Yosef Chayim of Baghdad (circa1832-1909), also known as the Ben Ish Chai, there is no prohibition against riding a bicycle on Shabbat; [3] that is, when carrying is halachically permitted, through the use of an eiruv (a symbolic wall around a city or part of a city), which is found in almost every city in Israel. In his opinion, all objections to riding a bicycle on Shabbat are highly questionable. The three most quoted reasons mentioned are: 1) shema yetaken mana – if the bicycle breaks down, there is concern that the rider may repair it; 2) it is considered one of uvdin de-chol – weekday activities, which are not in the spirit of Shabbat; and 3) mar’it ayin – an act that is permitted but might be confused with something else that is definitely forbidden.

According to the Ben Ish Chai, these objections have no halachic foundation. Firstly, he says, “There are numerous items vulnerable to breakage that we would have to prohibit” and “we should not issue new decrees that weren’t made by the Rabbis of the Talmud”. Secondly, riding a bicycle is not considered a weekday activity. And thirdly, the mar’it ayin argument does not apply, since no one can confuse riding a bike with riding other vehicles such as cars or even horses and wagons, which are inherently different.[4]

This is why members of the Syrian Orthodox Community in Brooklyn ride bicycles on Shabbat to the synagogue, to visit their parents, or just to get around the neighborhood.

In Israel, permitting the use of bicycles on Shabbat would greatly increase Shabbat observance among those who now drive cars to visit their parents and friends. Once they know that they could take the bike, many would be delighted to become shomrei Shabbat. Perhaps specific paths for bike riders could be designated for Shabbat so as to prevent accidents. Special Shabbat bikes should be available, which can’t go more quickly than a certain speed, are decorated with beautiful colors, and have a halachically permitted Shabbat light to indicate that this is not an ordinary bike. Religious neighborhoods could decide not to permit this in their own localities.

There is little doubt that this would result in fewer cars on the road and a wonderful atmosphere of nation-wide tranquility, which Israelis encounter on Yom Kippur. It would also allow people to walk in the middle of the road on Shabbat, which would become a national joy. Our psychologists, environmentalists and physicians will surely encourage such a novelty, even though they may lose some business!

Now that Yerushalayim has introduced the light rail, and many other cities may follow suit, it might be a good idea to consider a “Shabbat tram,” which would have a special service to the various hospitals. This will no doubt require considerable technical, innovative and halachic thinking to ensure that Shabbat is not violated, but in an age of unprecedented major scientific breakthroughs, it should not be so difficult to overcome all obstacles. We can leave it to the great inventors at the Zomet Institute in Alon Shvut, Gush Etzion. (It will probably soon be possible to use a “shabat car” in which everything will be computerized like in today’s Shabat elevators. While it will somehow undermine the spirit of shabat and its tranquility, it could be used in case of great need.)

Obviously, these trams should run infrequently in order not to spoil the Shabbat atmosphere in the streets. They should be colorfully decorated with flowers and Shabbat themes, have comfortable seats, and drinks available. They should travel more slowly than on weekdays and be free of charge. We should not ask non-Jews to operate these trams – it is time to stop the “Shabbos goy” phenomenon in modern Israel! We must make sure that we can run it ourselves, making use of several halachic leniencies and innovations.

Finally, I wonder whether it would be possible to open some kosher restaurants on Shabbat, especially in the less religious neighborhoods. Such restaurants would be fully Shabbat observant, where people could get a drink and a piece of cake free of charge and have the opportunity to meet their friends. Bnei Akiva and other youth organizations should take an active role in running such cafés. They could become a place for communal singing, lectures, debates and other religious-cultural activities on Shabbat. Perhaps setting an MP3 player on a Shabbat clock could provide nice and relaxing Jewish music in the background. Lately some restaurants have taken this initiative.

Large American and Israeli companies should finance such initiatives, and people could pop in during the week to donate some money to the restaurant they visited, or they could pay in advance if they so desired.

It is, however, especially important that we do not lose sight of the spiritual aspect of Shabbat, which is a day that protests against the bustling commerce and the profanity of our lives. It must save us from the agitation and passion of acquisitiveness and the betrayal of our spiritual needs.

Israel greatly needs traditional Shabbat observance before it falls victim even more to the idolization of ourselves and our physical needs. We must therefore make sure that all the above suggestions go hand in hand with a call for more authentic spirituality. These suggestions should not be seen as an attempt to seek leniencies for the sake of leniencies. The goal must be more genuine Shabbat observance and immense joy of the day.

It was the great Jewish American psychologist Erich Fromm who wrote: “One might ask if it is not time to re-establish the [traditional] Shabbat as a universal day of harmony and peace, as the human day that anticipates the human future”.[5]

We should therefore look for ways by which the less observant can have a greater taste of this breathtaking day, and offer them this opportunity by making it easier for them to participate in its holiness.

This essay is dedicated to the memory of Rabbi Dr. Norman Lamm.
Former President of Yeshiva University.
My Teacher, Friend and Colleague.

[1] Israel Democracy Institute, Guttman Center, The Jerusalem Post, November 23, 2007. A 2009 study by the IDI, in conjunction with the Avi Chai Foundation, came to a similar conclusion.

[2] After I wrote my essay Judaism: Thinking Big (TTP 374), which was published in newspapers and journals that were looking for “bold ideas” within Judaism, I was asked to give some practical examples. This is the first essay to do so. Whenever time permits in the coming year, I will try to provide more examples.

[4] With many thanks to my dear friend and great halachic authority, Rabbi Moshe Shamah, rabbi of the Sephardic Institute in the Syrian Community of Brooklyn, who brought these sources to my attention. Not all authorities agree with the Ben Ish Chai. For an excellent overview of all opinions, see the Or Hadarom Journal, Volume 6, Summer 5749/1989. Chacham Ovadia Yosef z”l seems to agree with the opinion of the Ben Ish Chai, but out of deference to those rabbis who were not comfortable with this ruling, he suggested that one should refrain from riding a bike. See his Leviyat Chen, 107. See also Kaf HaChayim, Orach Chayim, 404:8. There is much halachic literature on this topic. For more information write to: nlc@internet.zahav.net. 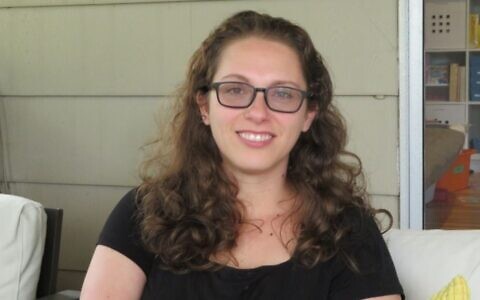