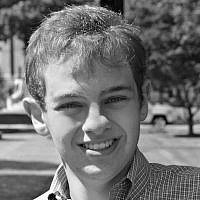 The Blogs
Matthew Blicher
Apply for a Blog
Advertisement
Please note that the posts on The Blogs are contributed by third parties. The opinions, facts and any media content in them are presented solely by the authors, and neither The Times of Israel nor its partners assume any responsibility for them. Please contact us in case of abuse. In case of abuse,
Report this post. 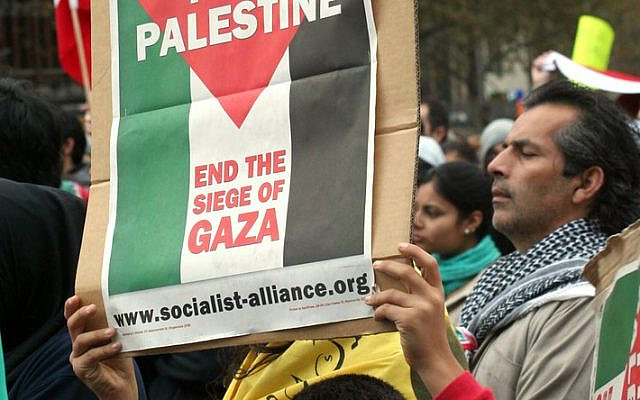 Is there a country in the world that would repeatedly let rockets be fired at its largest city? How would you react if it were your hometown? This is the reality on the ground for Israelis- of all religions, races, and creeds– whenever Hamas attacks from Gaza.

From a vantage point far from the scene, it is easy to opine on who is right and wrong, and what ought to be done. On the ground it is not that simple.  Understanding a risky situation requires walking in the other’s shoes. Without understanding the other’s perspective, it is unlikely that a resolution will ever be reached.

“Critics” of Israel fail to understand Israel and Zionism. If Israel acted on their demands since it was founded- or indeed before it was founded- then it would not exist today. Israel has survived brutal wars of annihilation through making tough decisions. Absent peace, Israel’s presence in the West Bank is a necessity as Israel is only 9 miles (15 kilometers) wide near Tel Aviv. Israel’s right to self-preservation must be understood and accepted.

Israelis are petrified at the idea of no more Israel because Israel is a nation of refugees. Jewish history has proven that Jews are unsafe anywhere else. In addition to Holocaust survivors, Jews were ethnically cleansed from Arab and Muslim lands – the same nations that still refuse to accept Israel’s right to exist. Iranian Jews in Israel worry about the regime’s repeated threats against them as they remember how the regime ethnically cleansed them when they first came to power. Israelis do not want to live in fear, but history has given them no choice.

The majority of Israelis continue to want peace with their Arab neighbors, but have been rejected time after time. Israel withdrew from Gaza in 2005 and has been trying to exit the West Bank for as long as it has been in control. In the Oslo Accords of 1993 and 1995, Israel ceded governance of areas A & B in the West Bank by the Palestinian Authority, and agreements have been offered since that would offer most of Area C with compensating land.

The question is not whether it is wrong for Palestinians to go through checkpoints. It is and Israelis know that. The question is how Israel can dismantle checkpoints while preserving their right to safety. A Palestinian state that does not accept Israel’s existence- and likely to ally itself with Israel’s enemies– is an existential threat as it would create a large-scale two-front war– a situation far worse for both Palestinians and Israelis than exists currently. These are the daily concerns of Israelis. Ignoring such threats or calling them unreasonable does not lead to progress towards a lasting peace.

Western “criticism” of Israel shows misunderstanding of basic facts. While sympathy for the plight of everyday Palestinians is laudable, we too often fail to sympathize with Israelis with homes destroyed by rockets and dead relatives and friends. Ultimately,  Anti-Zionism is about denying the Jewish people’s right to live in their homeland and Israel’s right to defend itself. Anti-Zionism is more about destroying Israel than improving conditions and securing rights for Palestinians. Hamas’ rockets prove this.

Last May, the media demonized and sensationalized Israel. The media failed its responsibility to present the facts about who was putting civilians in harm’s way and how Israel sought to end the destruction of life and property as quickly as possible. When Israel acted, it knew it faced a rush to judgment by the international community. Israel acted despite the inevitable reaction, because it needed to defend its citizens from attack. Every civilian casualty, whether Israeli or Palestinian, is a tragedy.

Understanding Israel through the conflict is like looking through the keyhole on a door. Beyond the keyhole, Israel is a pluralistic, liberal democracy thriving despite constant threats. Israel is seldom talked about minus the conflict so Israel is presented as a dangerous place. Anti-Zionists and Israel haters say that Israel is a hellish place and anyone who lives there must be insane. This could not be further from the truth. Israelis – Jewish and Arab- know that despite the conflict; life goes on and they love their lives in Israel. The Israeli Defense Forces (IDF) continue to have a presence to make this possible.

Beyond being Israeli, Jewish, Arab, or Palestinian – we are all human with the right to safety and freedom. I wept last May as rockets brought death and destruction.  Civilians in Tel Aviv and Jerusalem should not have to live in fear of their homes and schools being hit by rockets. Neither should civilians in Gaza. Israel’s defensive actions were justified, but every death is a terrible tragedy that leads away from peace. The conflict is a tragedy that can only end when both sides see each other as neighbors, partners, and friends- and as humans.

About the Author
Matthew Blicher is a fourth-year at Northeastern University majoring in politics, philosophy, and economics.
Related Topics
Related Posts
Comments