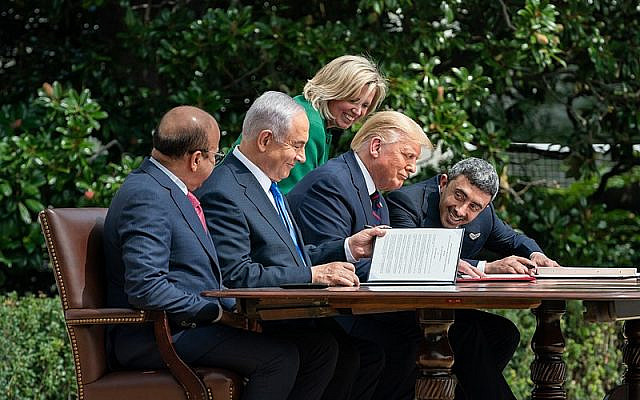 In his 1987 primer on Western Philosophy, James N. Jordan writes in reference to the Islamic conquest between the era of Mohammed’s physical death and the defeat of the Mohammedans in 732, by Charles Martel and the Franks: “…one reason for the Muslims’ rapid territorial gain was the tolerance they displayed toward Jews and Christians…” In Medieval Spain, particularly the city of Córdoba, this especially held true, and subsequently, Jews and Muslims worked together to create Arabic liturgical poetry; to ‘examine life’ by rediscovering Hellenistic philosophy (particularly looking at Aristotle through a neoplatonic lens); and to make advancements in mathematics, science, and medicine, et al. In the early days of Islam, “caliphs—allowed Jews and Christians to practice their faiths on payment of a tribute…” writes Jordan. Not quite egalitarian, though it wasn’t unjust; neither are the laws of Torah actually socioeconomically equal, (when you think about it).

With the signing on September 15, 2020, of the Abraham Accords Peace Agreement (between Washington, Jerusalem, the UAE, and at the last minute, Bahrain), a chain of Arab countries have jumped on the bandwagon and decided to make peace and open trade and tourism with, to recognize the sovereignty and even—in some cases—align the militaries of the Jewish state with the United Arab Emirates (UAE), the archipelago of Bahrain, Sudan, and finally (and poignantly) Morocco, (where a mass population of Sephardic Jews lived between the Spanish Inquisition and roughly the first decade following the founding of the State of Israel). 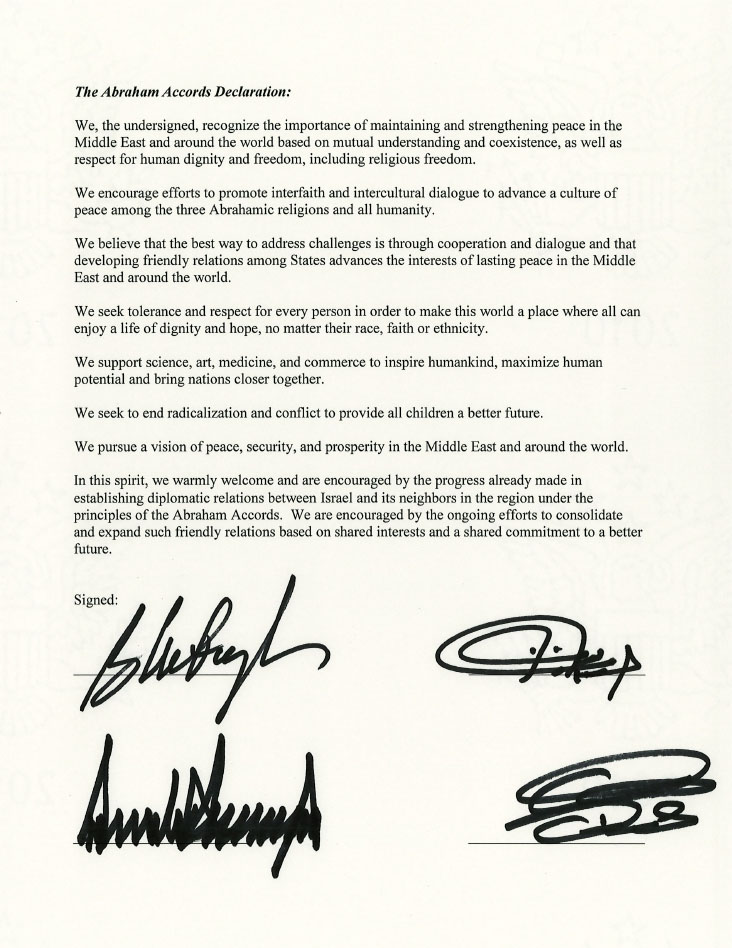 Progressive religionists seek to mend the ruptured land of Palestine, and the wide gap of fear and strangeness, by uniting the three monotheistic religions with a string of common denominators: secularization and liberal awakening amongst religious institutions; business interests; the sharing of resources; military and civilian security, et cetera. To paraphrase James N. Jordan, acceptance and understanding of other faiths is the key to growth and survival of the religion of Mohammed. These four Arab countries are doing a wise thing by recognizing and making peace with Israel; the rewards promise to be plentiful. And they are not alone. They are joined by Egypt who signed a treaty in 1979, and the Hashemite Kingdom of Jordan who made peace a reality in 1994.

Saudi Arabia’s position on the Jewish state is mercurial and bifurcated. King Salman insists that before he can recognize the State of Israel, the Jews must totally retreat to behind the 1967 boundaries (the 1949 Armistice Border or the Green Line), even if that means exposing Ben Gurion Airport within missile range. The second de facto head-of-state, and the heir to the throne, Crown Prince Mohammed Bin Salman, has taken a more liberal stance, however, without actually signing into a peace treaty with Israel. His left-leaning is “motivated by the advantages that would derive from economic and technological…[collaboration],” according to the Arab Reform Initiative. “Riyadh…not only approved the Abraham Accords, but also vigorously encouraged Bahrain to make its normalization with Israel official under US pressure.” For this, in the Gaza Strip, they demonstrated, stepped on and destroyed photographs of Crown Prince Mohammed Bin Salman (MBS). Still, it will be a long time before the country of Mecca and Medina is willing to set forth real and lasting peace with Israel. And this, to back up my original thesis, is an endangerment to the very survival of Saudi Arabia’s religiosity and nationalism. Soon, Riyadh will find itself replaced by Abu Dhabi, as the single most powerful Gulf capital.

In 1892, the Ottomans of Palestine banned the sale of land to any foreigners—a law especially established for Jewish settlers—upon pains of death. To prove my point, with the Zionists fighting alongside the British, the Ottoman Empire fell in 1918, with the close of World War I, and their rule of Palestine was relinquished. What did they do wrong? They refused to accept and be tolerant of Jews. Today, in most of the Gaza Strip and most of the West Bank, the Palestinian population lives in abject poverty. Angry xenophobia is their hubris. Taking the religious helm in 1920, the Grand Mufti of Jerusalem, Haj Mohammad Amin al-Husayni, incited frequent deadly riots against the Jewish population. November 29, 1947, Israel was declared a state under the United Nations Partition Plan for Palestine. The Palestinian Arabs refused to take a state side-by-side with Jewish neighbors; it was their ‘Naqba’. All the Arab countries in the world got behind them in refusing to recognize Jewish sovereignty or even presence in the Holy Land. Each time the Middle East would attack, Israel would take more land—most effectively during the Six Day War of 1967, when Israel captured the Golan Heights, the Gaza Strip, East Jerusalem, the West Bank and the Sinai Peninsula. My point: that’s what our Arab brothers and sisters get for refusing to welcome Jewish (or Christian) culture and humanity. If only Islam would learn to accept other cultures and faiths, ways of life, and traditions, they would grow and endure as a religion. But this is easier said than done. Opening up, they’re not; and that has stymied their spiritual process.