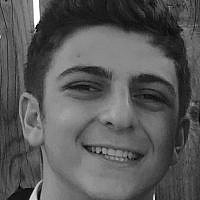 The Blogs
Zev Bell
Apply for a Blog
Advertisement
Please note that the posts on The Blogs are contributed by third parties. The opinions, facts and any media content in them are presented solely by the authors, and neither The Times of Israel nor its partners assume any responsibility for them. Please contact us in case of abuse. In case of abuse,
Report this post. 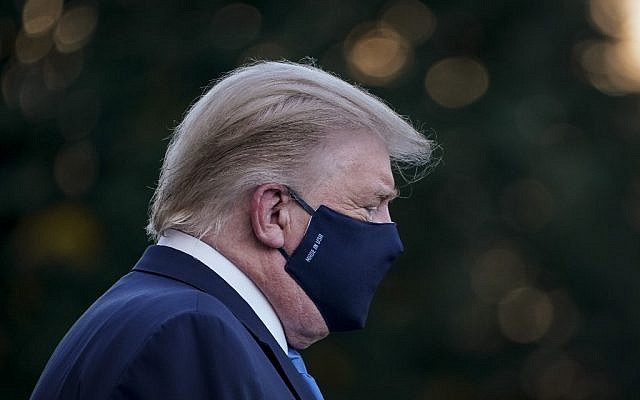 Donald John Trump is known as many things: socialite businessman; provocateur; leader of the free world. During his tenure in office, he has amassed a large assembly of enemies: political pundits, journalists, and much of the American populace. This is no secret, but the extent to which many have taken their animus for Trump has extended beyond mere objection to policy and character concerns. It has diminished our sense of humanity.

Last night, at an ungodly hour, President Trump announced that he and his wife had contracted COVID-19. The subsequent reactions of many journalists and pundits are perfectly emblematic of the current American political climate: more divided, polarized, and toxic than ever before. People on social media were rejoicing, some even hoping and wishing that the President succumb to the virus. Zara Rahim, former Obama White House staffer and Hillary Clinton’s 2016 National Spokeswoman, tweeted (and later deleted): “It’s been against my moral identity for the past four years, but, I hope [Trump] dies.” Actor Dominic West said the news made him “leap with joy”. Even people I know were deeming his diagnosis “karma” for Trump’s mishandling of the COVID crisis.

Surely, there is nothing wrong with vocally opposing of politicians’ handling of crises, and criticizing Trump is no exception. I have been immensely critical of Trump’s response to the COVID crisis. However, that is not the issue at hand. The problem that is evident from the many, frankly, vile reactions to Trump’s diagnosis is that we are losing the ability to look past the politician and see the person. To look past the rhetorician and see the individual. Beneath all of the slogans, speeches, and antics lies a real human being, a human being at risk of serious illness, or worse.

Our Sages teach us how to respond to the suffering of those with whom we disagree, even that of our enemies: Shmuel HaKatan said, ‘At your enemy’s fall do not rejoice, and when he stumbles do not let your heart be joyous, lest Hashem see and be displeased and turn back His anger from him [to you]’ (Proverbs 24:17- 18). Each individual, even Donald Trump, was created in God’s image. Hence, we should all pray for his recovery, irrespective of vast political differences. Even Joe Biden, Donald Trump’s opponent, was perfectly candid on Twitter: “Jill and I send our thoughts to President Trump and First Lady Melania Trump for a swift recovery. We will continue to pray for the health and safety of the president and his family.” No sentiment of ‘I told you so’. No ‘you deserved this’. Joe Biden knows: humanity first, politics second. We should all respond similarly.

My point isn’t to say that one shouldn’t continue to criticize Trump’s handling of the virus. Surely, doing so is more than appropriate. But do not rejoice at the fact that he is sick. Criticize policy, point out hypocrisy, but recognize that humanity and empathy ought to supersede hostility and polarization.

Sukkot is a time to rejoice. The Torah explicitly commands us: “rejoice before Hashem your God for seven days” (Leviticus 23:40). This Sukkot, rejoice because of the holiday, not because of a contentious politician’s novel coronavirus diagnosis.

Our tradition demands no less.