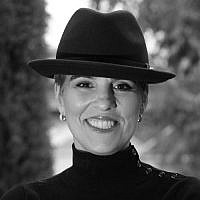 The Blogs
Sharon Galper Grossman
Apply for a Blog
Advertisement
Please note that the posts on The Blogs are contributed by third parties. The opinions, facts and any media content in them are presented solely by the authors, and neither The Times of Israel nor its partners assume any responsibility for them. Please contact us in case of abuse. In case of abuse,
Report this post. 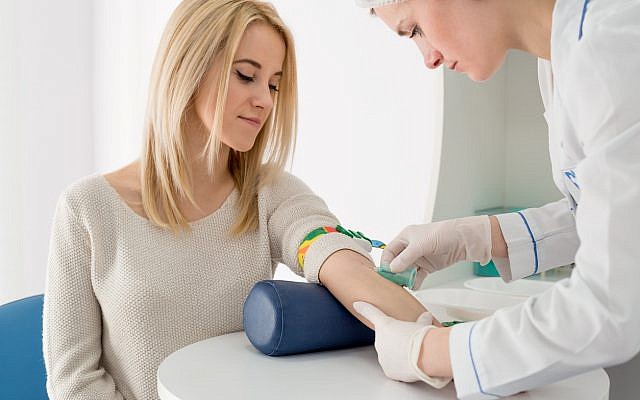 Last Saturday night, as my children prepared their homework for the coming week, I turned on my computer, briefly searched “BRCA testing,” and filled out some demographic information on a website. In a matter of moments, I had registered for BRCA testing. Sunday afternoon, a genetic counselor contacted me, and Monday at noon, a compassionate, professional nurse arrived at my home to draw two vials of blood. These chilled in my refrigerator for an hour until a courier appeared to whisk the tubes off to a lab. My results will be available in 6-8 weeks. And with that, I completed BRCA testing. Thank G-d, my mother, grandmothers and sister have not had breast or ovarian cancer. Without a family history of cancer, why would I choose to undergo BRCA testing?

If I test positive for the mutations, I can take steps to reduce these risks by initiating surveillance (regular MRIs of the breast and mammograms to detect breast cancer and blood tests and ultrasounds to detect ovarian cancer) and potentially undergoing risk-reducing prophylactic surgery, oophorectomy (removal of the ovaries) or mastectomy (removal of the breasts). While prophylactic mastectomy substantially reduces the risk of developing breast cancer, it’s impact on reducing mortality is less clear. However, prophylactic oophorectomy reduces the risk of developing both types of cancer and most importantly decreases the risk of death by 77%. Most halakhic authorities permit BRCA carriers to undergo risk-reducing surgery and some even obligate it. Had I not been tested for the mutation, I would not see the reason to consider these risk-reducing, potentially life-saving interventions.

BRCA testing is currently limited to women already diagnosed with cancer and women without cancer with a family history of breast or ovarian cancer. However, three recent large, well-designed studies including a landmark study from Israel involving over 8,105 Ashkenazim, confirm that testing only Ashkenazim with a family history fails to identify more than half the carriers of the mutation. These results argue strongly for BRCA testing in all Ashkenazi women. I underwent BRCA testing because I am 100% Ashkenazi.

Why does screening based on family history alone fail to detect such a significant number of women with the BRCA mutation? Limited communication within the family, a lack of awareness of the significance of or inaccuracies in family history, unwillingness of family members to disclose information and failure of physicians to identify and refer eligible women for testing compromise the effectiveness of testing based on family history alone. In addition, many women and their physicians underestimate the significance of a family history of breast cancer on the father’s side and are not aware that there is an equal risk of maternal and paternal transmission of the BRCA mutation. Testing all Ashkenazi women obviates the need to rely on family history, family disclosure, knowledge regarding paternal transmission, or physician referral to identify BRCA carriers.

At what age should I ideally have had BRCA testing? Many recommend it between ages 25 and 30 when surveillance is initiated. In addition, because prophylactic oophorectomy has the greatest impact on reducing the risks of cancer if performed before or at age 40, testing at 25 allows women to plan their families in order to complete childbearing by age 40. Although I am well over the age of 25, if I am a BRCA carrier, I will still benefit substantially from surveillance and prophylactic surgery.

Arguments against testing all Ashkenazi women include claims that this approach can cause anxiety, discrimination or racial disparities. But this may not be the case. Ashkenazi population-based testing does not increase anxiety in women who test negative although it does increase transiently in women who test positive. In addition, delaying BRCA testing until the age of 25-30 when many women have already married helps to reduce discrimination in dating. Finally, although sefardim tehorim, the Sephardic Jews who emigrated from Iran, Iraq, Afghanistan and Yemen and can trace their lineage back to pre-1492 Spain or Portugal, are at elevated risk of carrying a BRCA mutation, scientific evidence does not currently support population-based testing for non-Ashkenazi women.

How does Jewish law view BRCA testing? On the one hand, disease prevention is a religious obligation and BRCA testing empowers women to take steps to prevent disease and even death. On the other hand, genetic testing might violate the prohibition against soothsaying and seeking the future and might contradict the principle of Shomer Petaim Hashem — God watches out for fools — which theoretically obligates one to rely on G-d for a cure. In 1983, Rabbi Moshe Feinstein delivered a landmark decision obligating Jews to undergo Tay Sachs testing because the test is simple and refusal is tantamount to “closing your eyes to what is before you.” He rejected the possibility that such testing qualifies as soothsaying or that one should rely on G-d to prevent Tay Sachs. Extrapolation from Tay Sachs to BRCA testing may be inappropriate given differences in transmission of the two genes and subsequent course. However, a growing number of rabbinic leaders in Israel and the United States now publicly advocate BRCA testing in all Ashkenazi women.

Although BRCA testing for all Ashkenazi women is not currently included in the basket of health services offered by the Israel Ministry of Health. Ashkenazi women without a family history of cancer can undergo testing privately through the health funds or through BRACHA, an organization that facilitates BRCA testing in Israel.

Based on my review of the available scientific data, as well as lengthy discussions with modern rabbinic authorities, I believe that BRCA testing for all Ashkenazi women is pikuach nefesh, a potentially life-saving obligation that overrides all other concerns. I pray that my tests results are negative. But, G-d forbid if I test positive, I will be grateful that I have this information and can take the necessary steps for myself and my children to reduce the risk of cancer and chances of dying.

About the Author
Sharon Galper Grossman, MD, MPh, is a Harvard-trained radiation oncologist with a masters in Public Health. She is a graduate of the Morot L’Halakha program for women’s advanced halakha learning at Matan Hasharon and teaches for Matan, Machon Puah and the Eden Center.
Related Topics
Related Posts
Comments