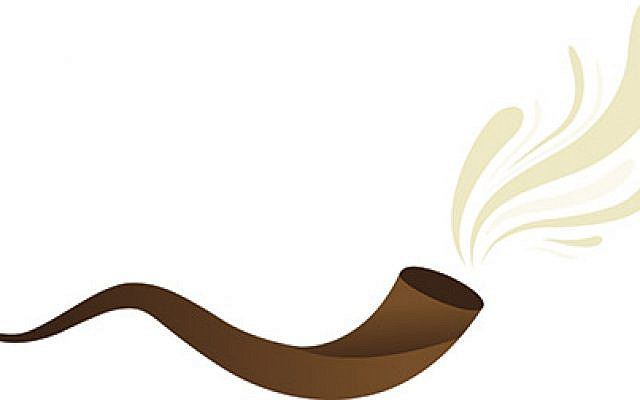 As a practicing Catholic writing about the Holocaust in Lithuania, I enter the coming days of Rosh Hoshana and Yom Kippur full of guilt, remorse, and repentance over the sins of my grandfather. I call on the country of Lithuania to do the same.

While I was not alive in 1941 and could not have committed the war crimes against innocent Jews in my parents’ homeland, I have become aware of my own grandfather’s role in these atrocities, and have taken on the role of denouncing his sins by facing what he did.

The Nazi’s Granddaughter: How I Discovered my Grandfather was a War Criminal

Through my research during the past twenty years, I have learned that he knew what he was doing. He wasn’t just following orders. He wasn’t just translating German ideas. He was writing them himself because he fully believed in the notion of ethnic cleansing of Jews and keeping Lithuania “pure” for Lithuanians.  While he was chair of the Šiauliai region during the Nazi occupation, he wrote about 1,000 orders, and of these, about 100 concerned the Holocaust.

Very few of these were translations of German orders. In fact, we could only find less than a handful of original German orders written by my grandfather’s boss Gebitskomissar Hans Gewecke.  In my grandfather’s orders concerning the Holocaust, there is a level of detail that only a local Lithuanian could discern—such as which individuals, schools, or businesses should get plundered Jewish property.

I have been asked by some Lithuanians why I focused on just my grandfather. They tell me my grandfather was not the only Lithuanian involved in the Holocaust. My response is that he may have left the longest paper trail with his signature on several primary source documents. He was thirty years old in 1941. Perhaps older men were wiser about leaving their signature. His predecessor who was in his 50s stepped down from the post, most likely realizing what he would have to do with Jews in the region. The Nazis did not punish him.

Some Lithuanians bristle that Jonas Noreika was not even the worst Holocaust perpetrator in Lithuania, or the highest ranking. Why does he get a book about him? My response is that unfortunately, Jonas Noreika was my grandfather. My mother on her deathbed asked me to write about her father who she thought was a hero. I call on the descendants of other Lithuanian perpetrators to investigate the lives of their own grandfathers because he certainly did not act alone.

A Holocaust perpetrator declared a hero?

To compound the sin, the Lithuanian government has declared him a hero for fighting against Communists. It is a grand cover-up of wildly distorted proportions. It is wholly unclear how many Lithuanians he saved from Communists, yet it is abundantly clear how many thousands of Jews he was involved in murdering.

The Lithuanian government also has the audacity to say that he saved Jews, although no names or details of how this occurred have been revealed. This merely means he may have been aware of his friend Father Borevicius working to save a handful of Jews and, for the sake of his friendship, allowed that to happen passively without interfering. In the meantime, he actively signed orders to send thousands of Jews to their death. 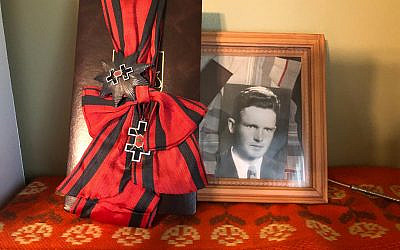 Jonas Noreika received the Cross of the Vytis, the highest honor a Lithuanian could receive posthumously. The order was given at the behest of the Genocide Centre of Lithuania, which officially declared my grandfather a hero. They have based their case on KGB documents, which under any other circumstance in Lithuania would be considered suspect. The KGB was only interested in his rebellion against the Communists in 1946 and did not ask him any questions about killing Jews during the Nazi occupation in 1941. The mere omission of these questions in those 3,000 pages was enough to declare him innocent of killing Jews.

Facing the truth of my grandfather’s role in the Holocaust is my form of atonement for being a descendant of a man responsible for the deaths of at least 8,000 Jews, and perhaps has many as 15,000. I call on the country of Lithuania to do the same.

Lithuania has had its independence from the Soviet Union for 30 years. It is time to face the dark deeds of the past, and to realize that too many Lithuanians were not just innocent bystanders in the Holocaust. Stop hiding behind the Germans for what Lithuanians themselves did. Own up to the horror of what Lithuanians did to Jews for that is the only decent thing to do.

I wail at the injustice of a Holocaust perpetrator being declared a hero by its democratic government and patiently wait for the full truth of the horror to emerge so that authentic healing between Lithuanians and Jews can begin.

I call on Lithuania to be the first Eastern European country to face its role in the Holocaust, to take responsibility for its actions, and to be a shining example of how to proceed in dismantling its own denial and distortion of the Holocaust. This is what would make me a proud Lithuanian again.