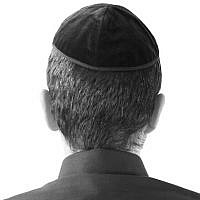 The Blogs
A Jewish Father
Apply for a Blog
Please note that the posts on The Blogs are contributed by third parties. The opinions, facts and any media content in them are presented solely by the authors, and neither The Times of Israel nor its partners assume any responsibility for them. Please contact us in case of abuse. In case of abuse,
Report this post. 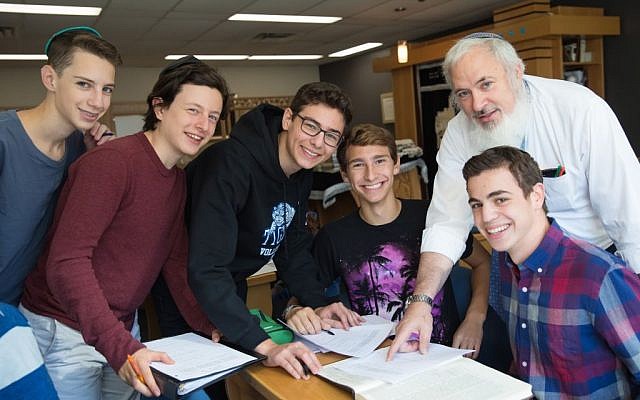 Last year, I was a 45-year-old married father of four children, a member of a large American Modern Orthodox Jewish community, and I didn’t have a penny saved in the bank. I decided to get serious about my finances and sit down with a financial planner. He told me that in order for me to be able to pay for my four children to go to college, and to have any semblance of a retirement for myself and my wife, we would need to save 50 percent of our net income for the next 20 years. We began to itemize my family’s major expenses:

Read “A Jewish Father responds to his critics“

Housing and utilities – near a synagogue, walking distance, big enough for 4 kids, another large sum of money.

Health insurance – my employer only pays 50 percent, leaving me with almost $900 a month to pay to cover the family

Jewish Summer camp – with 4 kids in various combinations of summer camps, both home and away, plus all associated flights and gear, approx $20,000.

We reviewed this short list of items and my advisor said, “You realize the greatest expense to your life is your religion. It is consuming over half of your post tax take home pay. You are paying almost $150,000 a year to ‘do Jewish.’”

And that’s when I realized I had forgotten to include Passover on the list.

This was the wakeup call of the century for me. I was raised to believe that religion came first; that everything was ‘holy’ and a ‘mitzvah’; that the more you spent on your Judaism the better it was in God’s eyes. And I now realized I had been completely neglecting the financial health and future of my family.

The first thing I did was to ask around how other people were managing it. Word on the street was that to do everything on my list in a “second tier” community, not something in the greater New York area, one would have to earn more than $500,000 a year. Now I work very hard and I do pretty well, but I will most likely never make half a million dollars a year. Granted, some people in the community do, but not many.

What I saw was far more people who were – if they were willing to admit it – getting steady monthly checks from their parents to survive. Adult children 50 years old still living off handouts from their parents in order to “do Jewish.” Some parents had large fortunes and were easily able to afford to help several adult children, but some were slowly being bled dry. I had one grandmother tell me, “It’s wrong that the day schools are now trying to fund themselves off the backs of the grandparents, now that they have already broken the parents.”

Even more concerning, were the large number of families, doctors, lawyers, investment professionals, who, when asked in confidence, replied that they don’t have two pennies to rub together. And that was before their children were setting off to years in Israel and very expensive college in New York.

The day I left the synagogue forever was the Saturday the rabbi preached that day school tuition does not fulfill the obligation to give 10 percent of one’s income to charity — and that from a rabbi making $350,000 a year, along with free tuition, free housing, and free food expenses. As I angrily began to walk out of there for the last time, my neighbor grabbed my tallis and told me “The day the rabbis pay full tuition is the day that the tuition crisis will be solved.”

Let’s spend a little more time on the tuition crisis in Modern Orthodox day schools, since this was the greatest expense for me. With four kids in school and an upper middle class income, I was told I had to pay full tuition for all four kids with no sibling discounts (and no reprieve from constant fundraising calls).

At one point, I went to the school president, a major donor (independently wealthy) to the school. I explained that keeping all my kids in the school would mean never saving a penny for retirement or college, and asked if there was any plan for helping working middle class parents, such as capping tuition at a percentage of income, or providing a sibling discount. His reply: “You’re in or you’re out.”

So I took myself out.

I enrolled my kids in an excellent private secular school for a third the cost of the “excellent” Jewish day school. And now, a year later, you know what I’ve found? That my kids are not running a year behind public school in their education; That kids actually have discipline and respect for their teachers; And even more importantly, that all children who misbehave are handled in the same manner, instead of letting the children of the wealthy supporters get away with murder. And even more interesting, this amazing secular school had all of…drumroll…one principal — the Day School I left had five. Enough said.

In hindsight, I remember when a Muslim I worked with asked me one day why I was so stressed out. I said because I have to make so much money to pay for my kids to go to school. He asked me how much tuition I was paying per kid and when I answered $20,000, he said, “Wow, you’re getting screwed. We in the Muslim school are paying only $5,000.” Of course their school also had only one principal.

I had now left day school and synagogue, and my life was only getting better. Not just financially, but emotionally as well. I actually didn’t have to work as hard, and started to have more time with my family. I knew fathers working five jobs to pay the Jewish bills, or taking jobs out of town, showing up for weekends at home, or even putting their families in Israel and flying back one week a month. This is no recipe for ‘Shalom Bayit.’

Kosher food came next. I set a $200 a month limit for my wife on spending in the local Kosher butcher shop. Some chicken breast, some wings. There is no health benefit to eating meat more than maybe twice a month. Now that I look at the prices, I am actually shocked the communities have not simply boycotted these establishments en masse.

Passover? Forget about it. We just do it at home now. I toss that one up there as a luxury on par with buying a country club membership or a small yacht.

Summer camp? Chabad. In fact, we have been getting more involved with Chabad. At least they don’t make Judaism all about the money. Sure, they also need community support to exist, but in return they provide full-service Judaism at a reasonable price. That in my opinion, will effectively position Chabad as the ‘last man standing’ of US Jewish Orthodoxy, as the far right Jewish communities become increasingly impoverished due to the failure to educate their kids for the workforce, and as the Modern Orthodox numbers continue to dwindle under lack of commitment, unbearable costs and attrition in the college years and beyond.

Time for a revolution

Over the past year, our family has rewritten our financial future. We now live on half of our income and invest and save the rest. And thanks to this new president, the financial markets have been doing great. We pulled our kids out of Jewish day school and they are getting a better education in a better environment, and we supplement their Jewish education via Chabad. I am now able to comfortably “do Jewish” for $40,000 a year, the sum my financial planner told me needed to be our limit. You know what, we may even be able to go away next year for Passover!

The overpriced balloon of the Modern Orthodox experience rests on three core flaws:

Jewish organizations are too top heavy, with too many positions filled by wives and cronies, and with amply-paid rabbis who are out of touch with the financial woes of their congregants.

There are too many very wealthy board members controlling too much of the decision-making for the wider Jewish community. It’s time to get some working class and even poor people on the boards of schools and JCCs.

Too many sheep just go right along, with their heads buried in the rear end of the sheep in front of them. It’s time for a revolution.

What kind of revolution?

How about launching a month-long community boycott of all neighborhood kosher markets? (Start two weeks before Passover.) Or pulling the kids out of day school, demanding charter schools, and insisting that the local rabbis earn their fat salaries by holding lowcost Jewish after-school programs in the synagogue.

As we gear up for the High Holidays – by the way, my Chabad doesn’t charge mandatory ticket fees – it’s time to take an honest look at where Modern Orthodox Judaism is going. For me it was a $150,000 a year post tax commitment, a sum of money that most people never even come close to earning.

Religious leaders have no right to complain about intermarriage rates in the US when the religion is being priced out of affordability. And don’t even get me started on the shidduch crisis, although if you look honestly at the problems of matchmaking and failure to find a mate, there too you find that much of the problem also comes back to who has the most money. It’s time to take back our religion, to make it more accessible to Jews of all financial situations.

Those who stand in the way of this progress should be expelled from the community. The legacy rabbinate and top-heavy institutions are not sustainable in the long term. They’ve bankrupted the parents. They are now trying to bankrupt the grandparents. That was never the way this religion was supposed to be.

About the Author
The writer is an American married father of four. (illustrative photo via iStock)
Related Topics
Related Posts
Comments