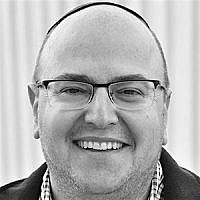 The Blogs
Jacob Greenblatt
Apply for a Blog
Advertisement
Please note that the posts on The Blogs are contributed by third parties. The opinions, facts and any media content in them are presented solely by the authors, and neither The Times of Israel nor its partners assume any responsibility for them. Please contact us in case of abuse. In case of abuse,
Report this post.

Great interviewing is a dying art, but fortunately, it is not dead.

Axios’ Alexi McCammond recently interviewed the founders of Ben & Jerry’s to discuss the decision by the Unilever-owned company to stop selling its products in the settlements.

Asked by the interviewer why they continue to sell their products in [US] states that limit voting or abortion rights – even though the company strongly advocates in favor of these rights – the answer from the founder was a resounding and deafening, “I dunno…”

For me, there are several lessons to be learned:

I have a recommendation for a new ice cream flavor. Let’s call it Anti-Semitism, made from equal parts of ignorance, self-righteousness, and hot air. I wonder if we should add in a sprinkling of manipulation by outside influences; well…I dunno.

About the Author
Jacob Greenblatt founded Grow Corp. in 1999, as a marketing agency and management consultancy providing a wide range of marketing, strategy and business planning services. Together with his team, he has worked with numerous senior executives to refine their marketing, corporate strategy and business plans. Prior to founding Grow Corp (formerly SANA Group), he held various positions within the financial services and consulting industry.
Related Topics
Related Posts
Comments