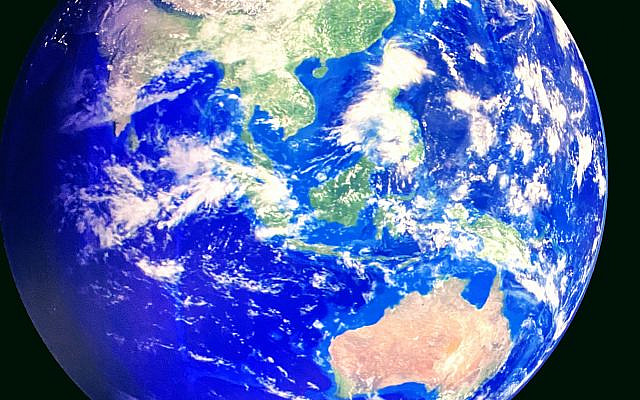 I heard a good story about G-d’s existence in the world that I wanted to share with you all.

A friend told me a story about this priest in Europe that was persecuted by Nazis. One day they threw him in a concentration camp where he spent more than six months of unbelievable suffering. After he was eventually liberated, they asked the Priest:

Do you believe that G-d exists?

Despite his terrible suffering, his answer still shocked and dismayed his audience:

No, I don’t believe G-d exists.

Then he went on to finish his thought:

The point of this story is that even though there are bad people and evil in this world, still everything about the miraculous nature of our very existence tells us that we must know that G-d not only exists, but also that He is intimately involved with us every moment of every day.

Simply put, without G-d, there really is no reason or meaning for us to even exist. The significance of G-d to us is that we are here for a holy purpose. In the book that I am reading, Rebbe, by Joseph Telushkin, he tells of a speech from the Lubavitcher Rebbe where he brought down a Midrash on “the reason and purpose of creation,” which was for G-d to have a dwelling place on earth.

G-d, who is infinitely compassionate, did the most compassionate thing, which was to create us and give us the ability to be compassionate on others. The way we bring Hashem to reside with us is to transform the world (tikkun olam) “to make it a place that G-d can call home.” We do this by performing acts of loving kindness, making the mundane holy, and manifesting G-d’s divine providence. In essence, it’s not enough for us to know G-d exists, but we need to be a light unto the nations to reveal G-d’s unity, sanctity, and ongoing relationship with his creations to everyone in the world.

Coming this week from celebrating the holiday of Hanukah, we see this very same message, which we publicize to all, of the oil from the menorah in the Temple that was for just one day but which miraculously lasted for eight days, and how this is a representation of G-d’s divine intervention in the world. To us, who are celebrating Hanukah, we know, that G-d is not only in the Heavens, but he resides here with us and his hand meticulously guides us and the world. Moreover, the victory of the Maccabees was not only in their militarily success against the Greeks, but also in their rejecting the yoke of Hellenism and G-dlessness in favor of the observance of the Torah and G-dfulness in this world.

The Rebbe reiterates another beautiful story on this.  He says a candle is the wax on the outside and the wick on the inside. When does the wax and wick complete its function as a candle for which it was made? When it is lit by fire. Similarly, a person’s body is like the wax, and the soul is like the wick. When is the person able to fulfill his function in this world? When the spark of the Torah lights his soul!

Like the story of the priest from the Holocaust, we don’t believe G-d exists, but rather, we know He exists. And when we perform our mission in this world by doing good deeds and manifesting G-d’s oneness and divine providence then we make this a place where G-d wants to reside with us in this world as well as in the world to come.