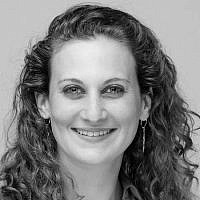 The Blogs
Molly Bernstein
Apply for a Blog
Please note that the posts on The Blogs are contributed by third parties. The opinions, facts and any media content in them are presented solely by the authors, and neither The Times of Israel nor its partners assume any responsibility for them. Please contact us in case of abuse. In case of abuse,
Report this post. 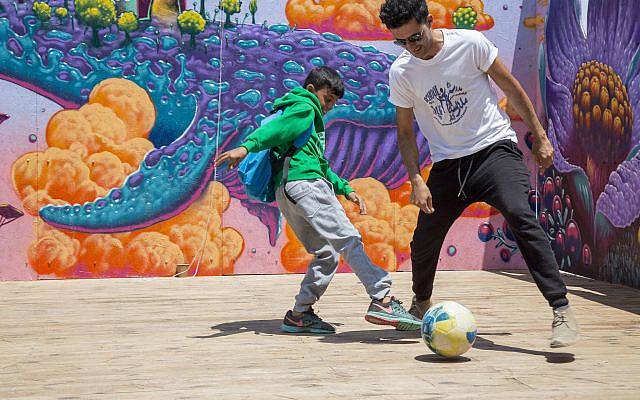 The scenes from Afghanistan are difficult to see. The images of desperation, of people fleeing, of genuine fear on the faces of parents and children as they try to figure out what they can possibly do to escape from the situation they’re in. I know these faces, and I know these communities. I know them from my time working in Greece’s refugee camps.

Mushtaba was one of my favorite teachers at our school for refugees on the Greek island of Lesbos. He was around my age, and he was nothing short of brilliant. He spoke English in a shockingly perfect American accent. Together with the graduates of the Hashomer Hatzair Youth Movement, we from IsraAID implemented a variety of support programming for refugees on the island, focusing on key gaps such as education, mental health, and medical care.

Mushtaba had a calm to him that I still wish I could exude. He was in charge of attempting to manage the swarm of teenaged boys who worshipped him. Oftentimes, these adolescents were the worst behaved at school, a consequence of being forced to grow up too quickly in a war zone. But at the same time, their misbehavior, their cursing and their testing the boundaries of what was and wasn’t permitted was layered with a curiosity so pure that I couldn’t help but identify with their mischievousness. Mushtaba had a predilection for cheekiness as well. And thanks to my basic Persian, I was lucky enough to participate occasionally.

I’ll never forget Mushtaba giving the boys a stern talking to, after they were caught smoking cigarettes in the school bathroom. There was something almost beautiful about the infraction and the subsequent admonishment. Even teens in refugee camps deserve to try and sneak a smoke, partaking in a classic rite of passage with high schoolers all over the world. Mushtaba and I joked afterwards that it brought us joy to deal with something so, well, normal. A small symbol of regularity despite the chaos into which these Afghan boys were thrown.

Mushtaba explained to me that back home in Afghanistan, he had spent several years working as an interpreter for the US forces who were active in his village. My staff, the IsraAID team, even looked into how we could help Mushtaba get a Green Card and leave the camps in Greece for the US, but the heavily bureaucratic process of proving his employment was impossible, considering he had absolutely no documentation from home.

The situation for Afghans in Greece was particularly challenging. While Yazidis and Syrians were almost automatically categorized as refugees and could proceed relatively quickly with their asylum cases, Afghans were the opposite. Many of them stayed for months upon months in the infamous Moria Camp, the worst and largest in Europe, before it burned down just one year ago.

As the footage of Afghans trying to stow away and flee their home by holding on to airplanes leaving the country emerges, I’m thinking of Mushtaba and his crew of teens. They give me hope despite the immense pain so many are experiencing in Afghanistan and around the world as lives are turned upside down by war and civil strife.

About the Author
Molly Bernstein is IsraAID’s Development & Communications Manager and previously served as the organization’s Head of Mission on the Greek island of Lesbos. She lives in Tel Aviv.
Related Topics
Related Posts
Comments