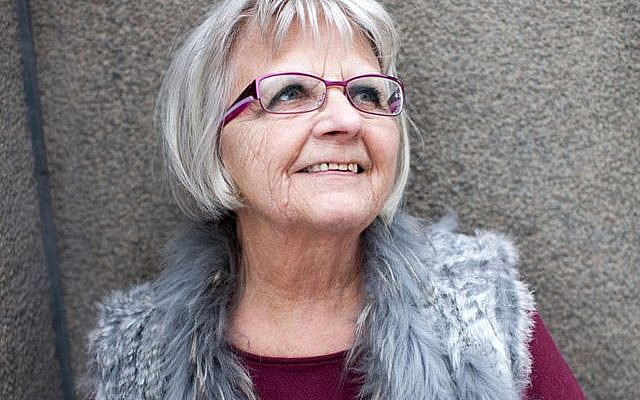 Her name is Elise Lindqvist, but her streetnames are “Mother,” “Steel-grandma” and “The angel of Malmskillnadsgatan.” She is 83 years old and works fulltime without pay. She has been called “The other Mother Teresa” by the current pope. Follow me on a journey showing the shadiest parts of the street – the street you avoid.

Elise was born in 1936, already at the age of 5 she was sexually abused and raped continuously. She was locked into a basement for months without seeing the light. She was threatened, beaten and humiliated to a point that is hard to describe in words – because they are so cruel.

She was deemed “unfit for society” by the Racial Biological Institute in Uppsala – the first of it’s kind in the world, established in 1921. She was unfit because she had lost all hearing on her left hand ear due to continuous beatings. After being branded as unfit to the general population she ran away at the age of 14. At the age of 16, Elise was forced into prostitution, in the same time she married one of the men who bought sex from her and she gave birth to a child. Since she was deemed unfit, the social services took her baby away after birth. 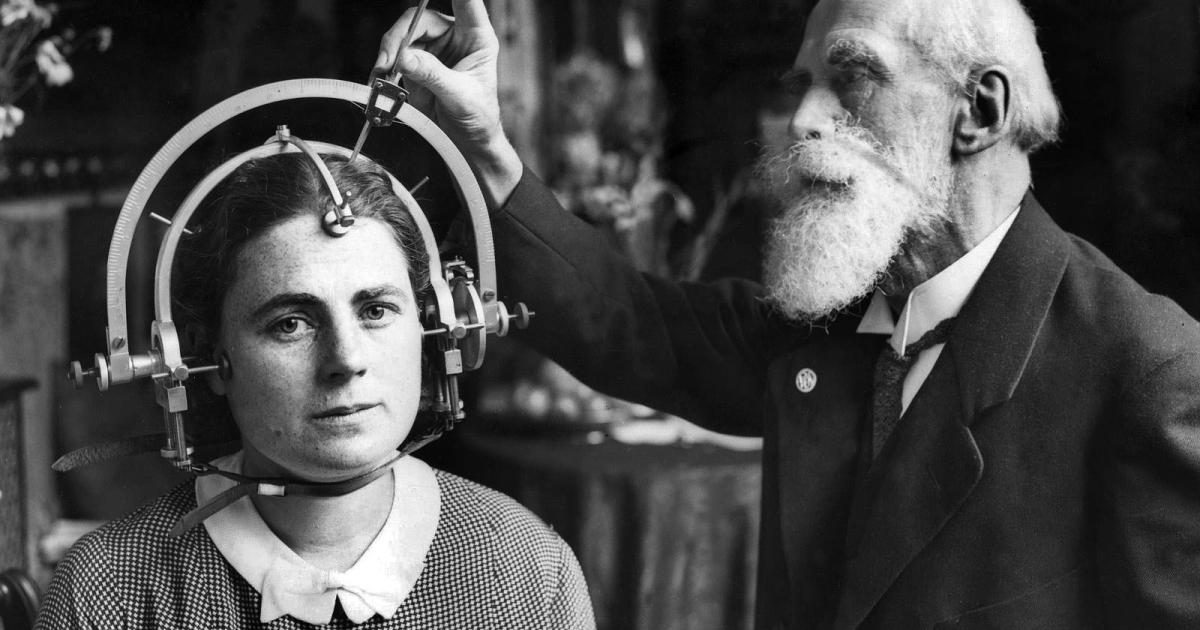 The racial biological institute in Uppsala conducting skull measurements – something a ceratin failed painter would be inspired of later on. (Photo cred: Wikimedia commons, 1932).

Elise started doing drugs and combining them with alcohol as a mean to suppress her feelings, while in the meantime being raped over and over again as a teenager by grown-up men. Elise moved into a brothel and lived there for a decade, actually sleeping in the same bed she was being used in, like an object. Elise’s drug-addiction followed the trend of number of beatings, rapists, sexual abuse and trauma. At the age of 20 she was a full-time heroinist and alcoholic. Eventually she was even kicked out of the brothel and there she was – alone, on the street. With nothing. With a drug-addiction so severe she was about to die when she fell asleep in the cold winter-night. Someone kicked her in the face and smashed her teeth. It was one of her former customers who later became her pimp. The pimp saved her life so she could continue to suffer, I’m speechless.

She divorced from the husband, the sex-buyer and scum of scums so she could feel a bit more free. For her freedom was sleeping in the street, not being raped one night or not getting robbed of her little bag with necessities. The heroine-addiction spiraled while she was a homeless prostitute. For 42 years. Read it again – 42 years she survived on the street, defending her turf, blowing some sick man’s lower parts in order to get money for her next heroine dose. But Elise survived for 42 years like that. Being rushed to hospital for emergency revival due to drug overdose. Being kicked out on the street again. The social services who demanded her to be drug-free first before giving her a place to stay. Sometimes she had a bed at a shelter run by the St:a Clara Church in Stockholm. There she slept toe-to-toe with other addicts and people you never meet in your normal, normative life. The very shelter Elise used to sleep in. At colder days it becomes more crowded and people sleep direcly on the floor or sitting in a chair nodding away. (Photo cred: courtesy of Frälsningsarmén, The Salvation Army, 2019).

I was so nervous.

I grabbed an early morning flight to Stockholm, I was about to meet her. I checked in at the hotel which is directly in front of the place where the homeless people go – to that shelter if you remember? I was upgraded at the hotel due to a mishap, so I had the presidential suite for one night. I was standing in the presidential suite while looking down on the church, the street and the dark shadows slowly passing by – some walking into the shelter and others just sleeping directly on the pavement.

Elise greeted me with a hesistant smile and a blessing. She has been sober since 1990. Every day, every evening – no matter if it’s new years or Christmas holidays she works as a volunteer. She carries a total of 50kg of goods to that awful shady street on her little trolley. Warm tea and coffee, sandwiches, candy, condoms, small flyers printed in several languages which she so ever discreetly hands out to the girls or women standing on that street. While the pimp is watching. She doesn’t give a damn. She stands there from 10 pm to 4 am every single night. Because it never ends.

Volunteer, me, Elise and volunteer from left to right. Ready to make our way out on the streets. (Photo cred: Jonas Amir Kadah 2019).

I helped her preparing everything before we were supposed to head out for the night – in order to see this darkness, this total lack of human dignity and the failure of the social system and the police to handle the situation. Elise gave me clear rules – “do not approach anyone, do not speak unless spoken to, if you see something happening stand your ground, if there is violence towards any of the girls on the street I will handle it, just hand out warm tea, sandwiches, candy and flyers, OK?.”. I spontaneously asked her “But it’s alright to ask how they are doing?” upon which I have never seen a more focused stare right in my eyes, through me. “Do never ask how a girl is doing. How the f*** do you think they are doing!?”

I was so nervous. 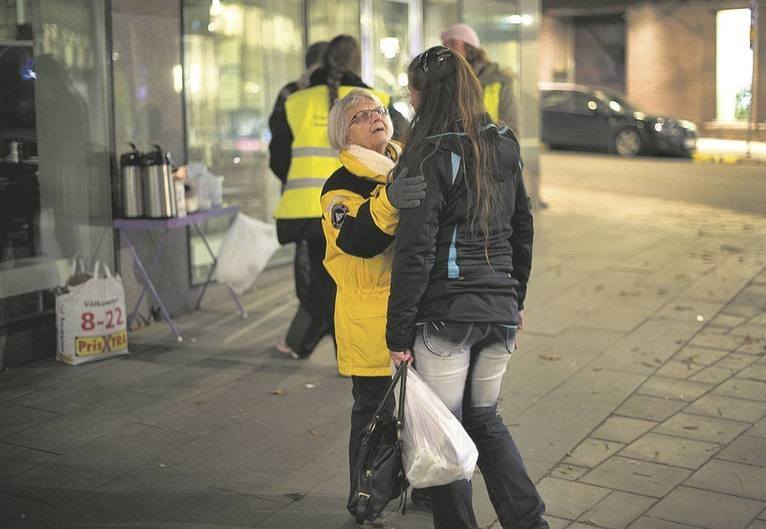 Elise comforts someone on the street. (Photo cred: Elise Lindqvist, 2019). 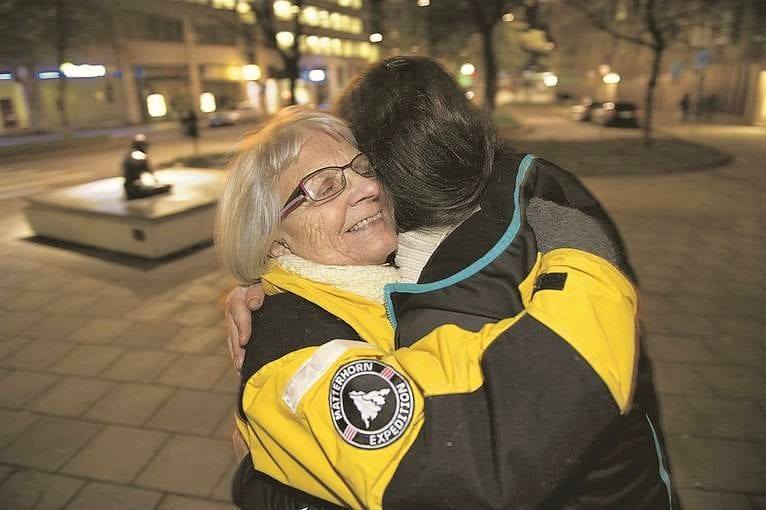 We headed out to the exact spot where she used to stand as a prostitute. She laughed at me and said it was still her turf. But now she had a trolley and her mission is to save girls from the street, letting them into a shelter and helping them out of this never-ending evil spiral which eventually results in death for most of them. And there I stood, and started understanding. This is not only the darkest corner of the earth – but there is a glowing angel there. 83 years old. Who has helped hundreds of girls out of prostitution and drug addiction, giving them a new meaning of life. She has done so for the last 20 years, every single day. Only living of her minimum pension and gives away all her food before eating herself. 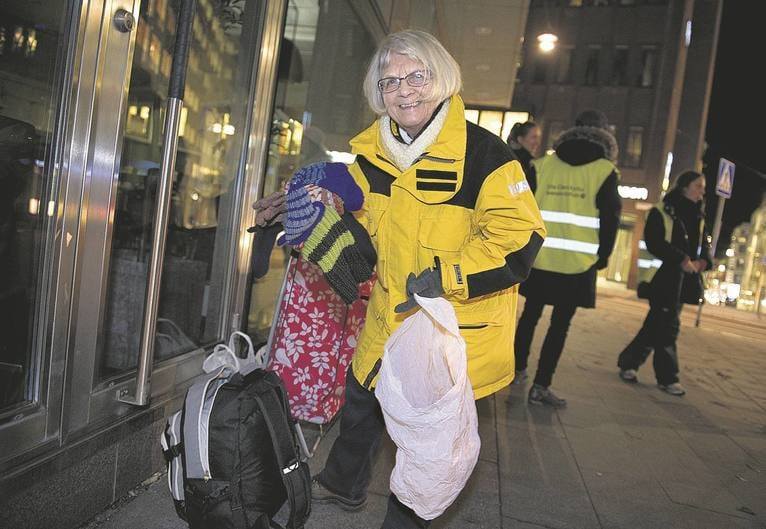 Elise handing out everything she comes over at her own turf. “Warm socks are appreciated when it’s cold, but I try to take them [the girls/women] to the Clara church so they can help them out”. (Photo cred: Elise Lindqvist, 2019).
Elise met the Pope in the Vatican and the procedure is that you get to shake hand with him and say a blessing of maximum four seconds. When it was her turn in the line, the Pope held her hands for over two minutes. And they talked. And talked. And now she is invited there again for a personal audience. I wonder what they will talk about. 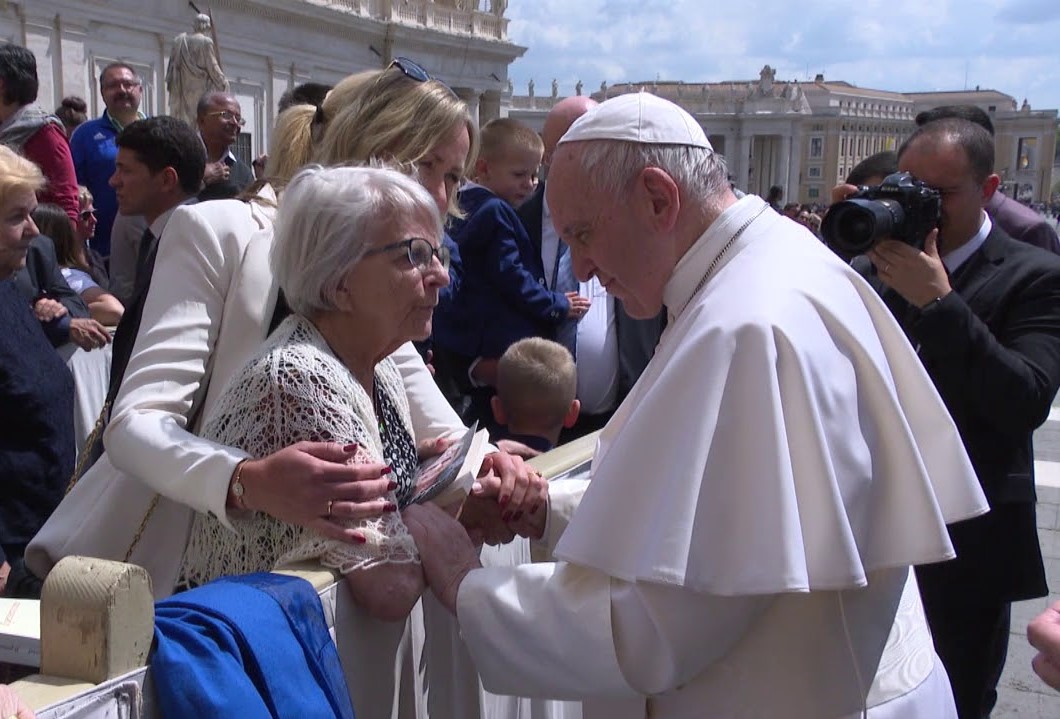 Elise meets the Pope in the Vatican. He said “Thank you for looking after those forgotten, you will never be forgotten by me”. (Photo cred: Elise Lindqvist through courtesy of the Holy Roman Vatican.).

In the meantime, I met an angel who carried an ever so important message to all of us – be a real Mensch. Don’t be mean to other people. Don’t use other people for your own benefit.

People like Elise are counted by one in a million at most. What do the rest of us 999.999 people do? And to break it down even further – how do we ~499,999.5 men treat our fellow gender? And what do we all do to each other? What do we do when we pass a human being in desperate need of help? Nothing. At most we hand them a coin.

We cannot all be angels, but we can start to revise ourselves – how do we treat each other? Not very well I’m afraid. We divide ourselves when we should co-exist, we are turning back the time on the clock of progress, we are kind to cats – but don’t care about other humans. I’m one of them. I’m kind to cats but look down on other people sitting on the street. I can easily admit that. And it’s so wrong I just want to delete myself and restart my life. But I only have one. I have to be better than this.

I will continue to be nervous for the sake of humanity.