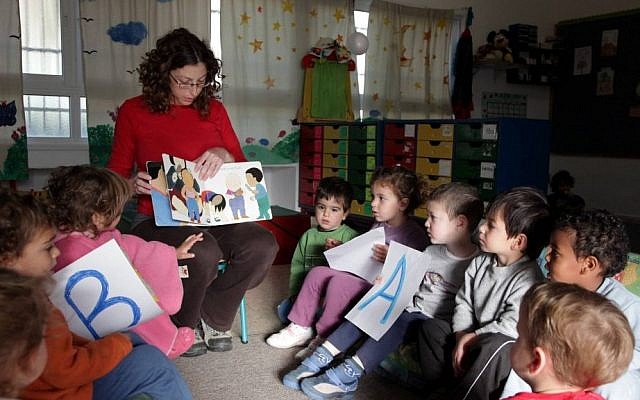 Just a few months ago, the medical IT world was still bemoaning the fact that major EMR companies [like Cerner, EPIC, and AthenaHealth] were lacking in an interface that would allow for the easy exchange of medical information. In parallel, universally accessible web-based interfaces as well as mobile phone and even Smartwatch capabilities, were all considered to be in the “wish list, but still far off” category. A lot can change in a few months.

Of late, the three major EMR companies I specifically referred to above have all presented a Smartwatch interface, specifically intended to provide universal access at all times, to a patient’s medical information. In addition, it is now a very high priority task for all of the EMRs to create a true and practical data exchange system, all leading to the ultimate full and free exchange of medical information independent of where it originated. It seems that the availability of Apple’s new software kits that assist in the collection and exchange and presentation of medical information, has finally succeeded in getting everyone on board. I would be surprised if it takes longer than a few years before all EMRs come with a data exchange package as a basic feature.

Despite my personal continuing work in the medical IT field (and appreciation for the exponential rate of progress we are all experiencing), I still find it difficult to get used to  the inability to predict almost anything. A single year can effectively be an eternity for certain technologies. At the moment that a capability is even hinted at in a company’s tradeshow, it seems that people already begin to expect the availability of this new capability in a very short time. In a few years from now, the entire EMR world may experience an unpredictable fundamental shift. No one can know what is coming even in the next short time.

There still is a tremendous amount of buzz around Microsoft’s latest breakthrough technology, Hololens, and it is fair to say that people are expecting to make use of this new technology in the very near future. In fact, if Microsoft fails to deliver a practical development environment for this new technology, in the near future, it will be considered a serious setback and failing of Microsoft. I do not envy the project managers who are responsible for the delivery of all of these technologies.

Sharing of information, of all types, is becoming much more commonplace in the digital world. Microsoft speaks of its ability to support major installations of non-Microsoft servers via its virtual server system called Azure. Even a few years ago, it was unimaginable that someone could create a many–thousand server implementation based on Linux, all on a Microsoft infrastructure. Data storage and sharing tools like Box, DropBox, Google Docs and Microsoft Office Online are all trying to maximize the flexibility of their systems, so that a Microsoft Word file, for example, can be universally shared and edited.

Not that long ago, Microsoft had a near monopoly on documents and spreadsheets  due to the ubiquitous presence of Microsoft office across the world. These days, you could use an Excel spreadsheet extensively and share it with colleagues, yet never actually open the spreadsheet in Microsoft Excel. I give Microsoft credit for recognizing that its hold on this marketplace is being loosened, and that Microsoft must find an alternative way of remaining worthwhile to all of its clients.

I personally have moved my work environment almost entirely over to Google. I still do my software development using Microsoft products such as Visual Studio. But between Gmail, Google Drive, Evernote and a variety of non-Microsoft communication tools, I have for all intents and purposes not opened Microsoft office in a long time. The ease with which I move between my Android phone, tablets and Windows desktop computer is a treat. I no longer even have to worry about using up all of my disk space on my home-based server, due to the cheap availability of cloud storage. This type of transformation is hardly unique, and it definitely exemplifies peoples’ expectations that all of their data and documents and even work environment be universally available, independent of physical device and operating system.

The real battlefield now is the work enterprise environment. Every technology is fighting to become a standard for the editing and sharing of all materials, across as many mega companies as possible. Unquestionably, Microsoft has done some great work in creating tools that will keep its present clients loyal. But when a startup has grown up using Google for all of its needs, its tendency will be to continue using Google tools even when it transforms into a billion-dollar company. The beauty of having all of the major technology companies creating shareable experiences is that one can effectively pick and choose the best of breed for each specific capability needed.

I think it is fair to say that data sharing in the medical world will soon become a universal success story. And, as each EMR company continues to create software interfaces for plug-ins that add functionality, there will be many people who download plug-ins from a web store and then apply them to their secured information from multiple EMRs. These plug-ins will likely be  of a standard format so that they can be used across multiple EMRs, and even be a mechanism for sharing data as well. It should be very soon when a diabetic patient with a rich hospital-based and clinic-based medical history will only need to self identify once and then be able to allow any healthcare provider to access whatever specific information is necessary, independent of its origin. While I hate predictions, I would be surprised if this type of capability is not standard by 2020.

There is a famous book that was published a number of years ago that was titled “All I Really Need To Know I Learned In Kindergarten”. It seems that the basic principle of sharing, so that we all benefit, has finally permeated into the minds of the major decision-makers in the technology and business worlds. Considering that people today question the benefits of a university education, perhaps we should just stop at Grade 1. At the very least, it seems that we all need a refresher course from our time in kindergarten.