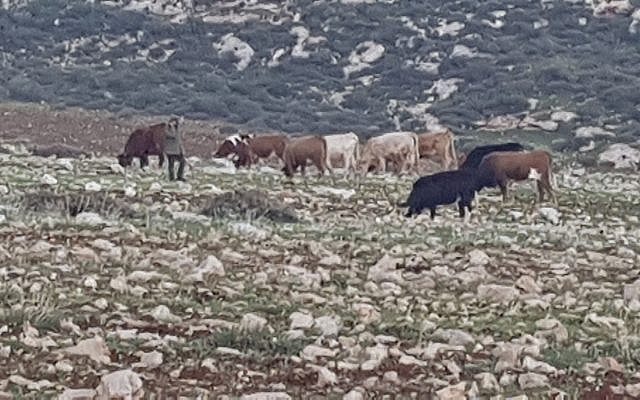 For two weeks now reality has intervened and prevented me from writing a dvar Torah before Shabbat. However, “Lo hamidrash ha’ikar’ ele ha’ma’aseh.” Roughly, the Jewish equivalent of “Actions speak louder than words.” Literally, “Our interpretations are not the point, but rather our actions.”

I am never happy when I get one of the frequent calls that settler cows or sheep are eating (stealing) what Palestinian sheperds are growing for their flocks, and even less so on a Friday afternoon, with Shabbat approaching.  This week we experience the Revelation of the Ten Commandments on Mount Sinai.  They include Shabbat, so just a few words now.  They also include “Don’t steal.” Unfortunately, there are those who believe that it is OK if Jews steal from non-Jews. Not in the Torah as I know it.  For that matter, I believe that “Don’t covet” should prevent the Jewish State from unilaterally declaring private Palestinian land as a live fire zone, and repeatedly demolishing the simple structures that the residents of Khomsa call home, and dumping their possessions in their “new home,” without any lands for grazing or farming. 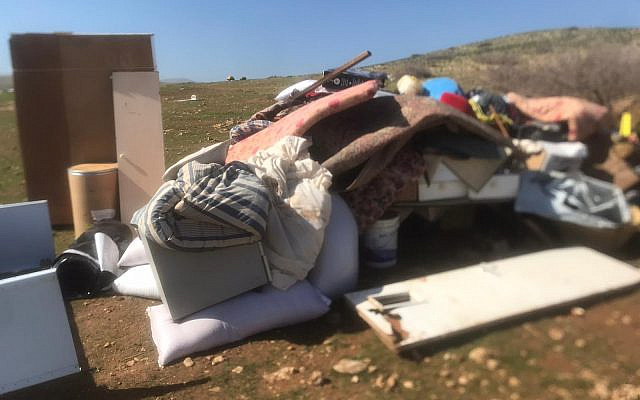 Possessions after homes demolished in Khomsa

Back to today, as you can see from this live video, I beseeched this young settler from Neriya’s farm to observe the Ten Commandments. This time, he quickly left.

May we all merit to do more than just read or hear the Ten Commandments this Shabbat. May we merit to observe them.

And a brief summary of the thoughts that didn’t I didn’t have time to post on my blog last week:

Several times in recent years I have expressed the hope and prayer that future liberations will not be zero-sum, as is our salvation and the death of the Egyptians when the sea parts in this week’s Torah portion. One day, all humanity will sing a shared song of liberation.  In recent weeks I have highlighted the deep divides both in Israel and the U.S., that often seem to be zero-sum. This week, Palestinian cow herders returned to their camp to find that settlers had burned all of their possessions, including medicines for the cows.  The settlers were essentially saying that we are in a zero-sum game. It is us or them.  I don’t believe it needs to be that way, or ought to be. 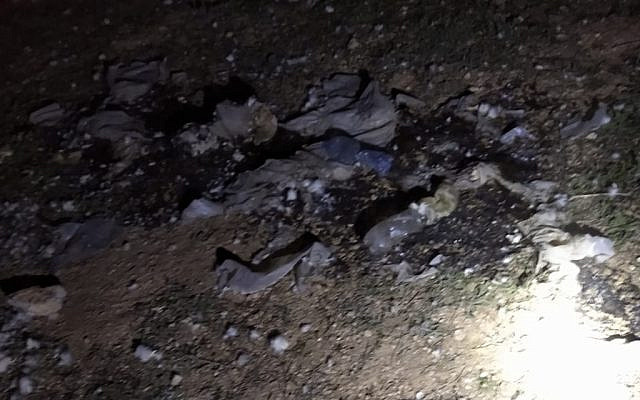 There are two grammatical challenges in the Song of the Sea the Israelites sing. Firstly, we read that Moshe leads a song and Miriam leads a song afterward for women. They weren’t together, men and women? Grammatically, it seems that Miriam sang “lahem” to them in the masculine. Some commentators somewhat ignore this and claim that Moses sang to men and Miriam to women. Others, including Rabbi Shimshon Rafael Hirsch, try to deal with the masculine “lahem” by saying that the men sang, and the women answered. Either way, we still have more to accomplish to fully include women.

There is also a debate whether the opening sentence about Moses singing is past, present, or future. We see that some say Moses composed the song in advance. The midrash, also picked up by Rashi, is that Moses is singing about the future resurrection of the dead. I doubt they were thinking about the dead Egyptians, but I come back to my prayer for a future song of liberation in which men, women and all peoples willfully and joyfully sing together. Having recently celebrated the birthday of Martin Luther King Jr., maybe it will be something like “Free at last, free at last: