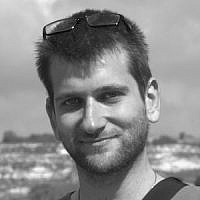 Dr Michael Oren is a renowned historian. His opposition to the Iran nuclear deal is well documented. Time will only tell if the deal is successful in putting an end to Iran’s nuclear aspirations. In the meantime the case he is presenting to oppose the deal is flawed and misleading. Here’s how.

In a blog post on this very website – found here – Dr. Oren constructs a very alarming outcome of the Iran deal: In the short term, having been freed from all sanctions Iran will become a dominant regional superpower, increase support of anti democratic fundamental Islamic groups whose goal is to destabilize the region and use its newfound economic and diplomatic freedom to threaten the existence of Israel. In the long term, they shall covertly continue their nuclear program, avoid detection using loop holes in the deal, and in ten years time emerge as an unstoppable nuclear super power.

This scenario is alarming but we must bear in mind that some of those risks mentioned above already exist, even with the current sanctions in place. More importantly, the chances of that scenario coming true are very slim. There are other scenarios much more likely to manifest. And there’s the important question of the alternative to the Iran deal, and its implications.

Last month Ha’aretz journalist Amir Oren published experts from Maj. Gen. Eizenkot’s doctrine. It was written as if the Iran deal was a done deal (which in fact it is – an American rejection of the deal doesn’t negate a return to the negotiation table, but allows Iran to clear their hand off the deal and invest all their time and effort in producing a nuclear weapon. Current estimates put that in under 60 days). The Iranian threat was moved down, behind Hezbollah, Hamas and even the Syrian Golan Heights controlling al-Nusra Front. So it seems that the IDF isn’t as alarmed by the deal and the military threat it possesses as Dr. Oren portrays it.

The sanctions placed on Iran in the last decade proved to be extremely effective. They were mainly financial ones. Iran has been under military and arms deals sanctions for over two decades. That didn’t stop them from supplying weaponry to militant groups in the region, such as Hezbollah, Hamas and Islamic Jihad. Those arms trade sanctions will still remain in place if and when the deal is fully implemented and the financial sanctions are lifted. There’s no reason to assume they shall be more or less effective in this new reality.

Hezbollah was very busy during the summer of 2014. While the Iron Dome missile defense system was busy at work, Hezbollah officials were busy analyzing its performance. What they learned was that in order to overcome the system all they need is to launch enough missiles at once targeted to the same location. For that they don’t need advanced missile technology. As Dr. Oren states in his article, they have over 100,000 missiles aimed at Israel already. Bigger and more advanced missiles are easier to track, locate and destroy, as the Israeli Air Force did in the opening hours of the Second Lebanon War. Hezbollah’s strength is in their missile quantity, not their quality.

Speaking of which, together with vast majority of Israelis I spent last summer running back and forth to my apartment buildings’ staircase seeking shelter from Hamas rockets firing over Tel Aviv. They have no nuclear weapons and still managed to stop air traffic and isolate Israel from the world for 36 hours. Iran had nothing to do with it.

This deal was never meant to make Iran a respectable member of the international community. It was meant to cripple their aspiration to possess a nuclear weapon. If a terror group wishes to get its hand on a nuclear weapon they can approach any number of possible sources, ranging from Pakistan, to North Korea, to abandoned former Soviet Union nuclear research facilities. A nuclear weapon is means to an end. Someone once told me Iran isn’t a reasonable neighbor like Canada or Mexico, nor do they wish to be, they just want to be taken seriously.

The deal puts Iran’s breakout time at one year. Much better than the current 6-8 weeks time frame. Is that perfect? Of course not. Is it an improvement compared to the current reality? Most definitely. Does that turn Iran into the Vatican? Of course it doesn’t. But Israel isn’t a saint either. Dr. Oren warns us of sanctions coming Israel’s way, because the international community needs an output for their need for action. In that case, maybe Israel should stop occupying and controlling the everyday lives of 3 million Palestinians? That should do the trick.

About the Author
Son to immigrant parents from the FSU, holds a BA in Economics and MBA from Tel Aviv University. Served as a Captain in the IDF
Related Topics
Related Posts
Alex Roy
Comments