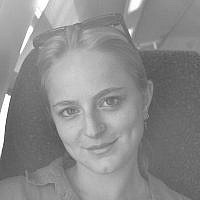 The Blogs
Julie Rose Dickman
Apply for a Blog
Advertisement
Please note that the posts on The Blogs are contributed by third parties. The opinions, facts and any media content in them are presented solely by the authors, and neither The Times of Israel nor its partners assume any responsibility for them. Please contact us in case of abuse. In case of abuse,
Report this post.

The EU seems to be skeptical about putting an embargo on Russian oil and gas because it recognizes the essential needs of its own citizens. Will the beacon of human dignity, rule of law, and freedom, fold in front of Putin’s atrocious games, or will it come to terms with the even more feared idea of using nuclear?

The top institutional echelons of the EU are discussing whether to impose an embargo on Russian oil and if preventively cutting off pipelines is necessary. Russia’s sudden interruption of gas supplies to Poland and Bulgaria is forcing European countries to think faster and find a creative solution to keep their countries going while taking a stance against Russia. European leaders are faced with a major dilemma that entangles economic, political, and climate factors – if we are still considering climate change to have priority in political agendas amid this crisis. How can they get out of it alive? Nuclear – let me break it down for you.

Countries cannot impose embargos or interrupt pipelines without having a clear backup plan. Prices are rising, people are panicking, and lower-income households have barely made it through the pandemic. Governments can use one-time checks only as a temporary solution as nobody wants skyrocketing inflation. The environmentalists might be secretly cheering as this situation unfolds, however, deploying an immediate full clean energy transition seems both impossible and preposterous. It requires both time and the necessary technology, two factors that are absent at this moment of time. Also, it is important to face the reality that our consumerist and capitalist lifestyle – whether you like it or not – simply cannot be sustained solely by renewable energy which has a low-reliability factor. At the same time, European leaders feel the international pressure to condemn Russia and play their only available card of applying sanctions, imposing embargos, and interrupting supply chains. Generally, countries around the world have responded to the war by operating according to ideological alignment. But how practical can this be and how long will leaders abide by morality when their own countries are at risk of falling into recessions?

The general feeling towards nuclear energy is negative. But it has been observed that there is a high correlation between knowledge about the topic and support. France has a well-informed population, 53 percent of which is pro-nuclear, and 58 nuclear reactors. However, it is unclear which one comes first. In Italy, as of 2021, only 33% of the population would reconsider the use of nuclear energy. In Germany, 22% of poll respondents wanted nuclear power to contribute more to power generation on par with renewables.

But why all this aversion? Employing nuclear energy would ensure energy independence, drastically reduce carbon emissions, and would enable leaders to effectively cut Russia out of the global supply chain. Contrary to what most people think, the risk of a nuclear accident is very low, and the nuclear industry has been successful. Only three major nuclear power plant accidents have occurred in the 60-year history of civil nuclear power generation, with over 18,500 cumulative reactors across 36 countries: Three Mile Island (1979), Chernobyl (1986), and Fukushima (2011). The other major concern about the disposal of radioactive waste can be overlooked, as scientists agree that deep geological storage is the best way to go. It is also important to note that a commercial-type power reactor cannot, under any circumstances, detonate like a nuclear bomb because the fuel is only enriched to around 5%, while explosives require significantly higher enrichment. However, if we want nuclear power reactors to generate most of the country’s electricity, the key concern is to ensure the safety and security of those facilities. Faced with the reality of terrorism and cyberattacks, the nuclear sector must focus on comprehensive cybersecurity measures that include rigorous cybersecurity rules, processes, and practices to safeguard these crucial components of this critical infrastructure. A successful example of this practice is embodied by the US, which has 96 commercial nuclear reactors in 29 states, which generate around 20% of the nation’s electricity, and has recorded only one incident in history.

Whether we are ready or not, the Ukraine war has accelerated the debate about energy independence and European leaders have little time to make a quick and effective decision. If liberal democracies do not want to lose their moral stance, they must turn their eyes to another fearful player, nuclear energy.

About the Author
Julie Rose Dickman is completing her MA in Counterterrorism at Reichman University in Herzliya.
Related Topics
Related Posts
Comments