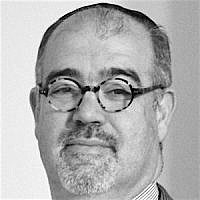 A quick perusal of the relevant verses in the Torah, reveals that at least ten times the Jewish people are enjoined to act mercifully toward the “Ger.”  The Bible’s justification for that command is that we must ever remember that we were “Geirim” in the land the Egypt.

Following Onkelos’ (who was himself a convert to Judaism) translation, this principle is usually applied only to converts to Judaism.  We are admonished to be merciful to the quintessential stranger, the convert, and to not oppress him in commemoration of our former status as strangers and newcomers in the land of Egypt.  With all due to respect to that interpretive tradition, it doesn’t make much sense.  After all, our forefather Jacob never adopted ancient Egyptian religious beliefs and practices when he settled in Goshen at Pharaoh’s invitation. “Lagur ba’aretz ba’anu. . .”  “We have come to dwell in this land. . .” the Israelites declare.    The members of the House of Jacob were immigrants not converts.  The Torah demands compassionate treatment be shown to immigrants.  Only later was the principle extended to converts.

The Bible however does distinguish between different classes of aliens who might be found in our midst.  In addition to the “Ger”, the bible refers to the “Neichar,” a resident alien who does not adopt the local religion, i.e. declines to assimilate into his new society.  The Neichar is not afforded the protections of the Ger.  And finally, there are the classes of people entirely ineligible to ever join Israel, the Ammonites and Moabites.  The Torah deems them too ethically/culturally benighted to every merit membership in the Jewish nation.  The bible establishes a class of legal immigrant, the Ger, and the illegal alien, the Neichar.

And what of the connection to Israel’s experience in Egypt?  Tradition’s knee jerk interpretation is that the Torah draws a contrast between the poor treatment the Egyptians showed the Israelites, enslaving them and visiting upon the most dehumanizing and demoralizing treatments possible, and the proper way we should treat the Ger/legal immigrant, to be kind and to not oppress them.  But to only draw that distinction is to ignore half the story and miss the more important part of the Torah’s ethic vis a vis immigrants.

When Jacob arrived in Egypt with his household, Pharaoh rushed out to greet him.  He asked Jacob his age and immediately offered to settle him in the fertile plains of Goshen.  These two acts convey precisely the attitude a nation needs to have towards its legal immigrant population.  Asking Jacob’s age sends the message that he isn’t too old still make a valued contribution to the society he seeks to join.  And not only that, Egyptian society, aware of Jacob’s occupation as a shepherd, an occupation not at all acceptable to the sheep worshiping Egyptians,  and his considerable experience as one, provided him the best opportunity it could to succeed in his new surroundings.  Verdant Goshen was the perfect place for one to tend flocks of sheep.  Egypt didn’t demand that Jacob reinvent himself, or that he demean himself in work far beneath his prior social standing and age.  Quite the contrary, Pharaoh valued Jacob’s prior expertise, even in a vocation that insulted and reviled Egyptian religious belief and practice, and did what he could to enable his new citizen to succeed; to everyone’s benefit.  When the Torah admonishes us to remember our experience in Egypt, the honorable welcome we were given is also part of the required ethic.

Jews who move to Israel are referred to as Olim who make Aliyah.  The Hebrew verb la’alot generally means to ascend.  But it also means to climb.  (In his famous dream, Jacob sees a ladder reaching heaven with angels “olim v’yordim bo,” climbing and descending upon it.)  Olim, euphorically ascend to the State of Israel.  We arrive wide eyed, brimming with enthusiasm, eager to assimilate into Israeli society.  We want nothing more than to bestow the best of what we bring with us upon our new (old) homeland.  And in response to our arrival, we are made to climb, from the very bottom, up Israel’s social ladder.  Who we were once were, what we once did does not necessarily count for anything.  Indeed, our past experience, if we have a great deal of it due to our age, is considered a disadvantageous hinderance to success here.  “Reinvent yourself”  “lower your expectations,” “Israel is acquired only through strife” we are told.  In according us what seems to be the noble title of Olim, Israeli society conveniently sidesteps the Torah’s demands of how we should be welcomed; how our success should be encouraged and nurtured.

Quite frankly, I’d rather be an immigrant