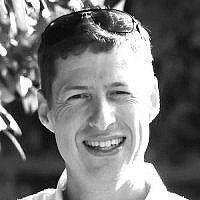 The Blogs
Ishmael Ben-Israel
Apply for a Blog
Advertisement
Please note that the posts on The Blogs are contributed by third parties. The opinions, facts and any media content in them are presented solely by the authors, and neither The Times of Israel nor its partners assume any responsibility for them. Please contact us in case of abuse. In case of abuse,
Report this post. 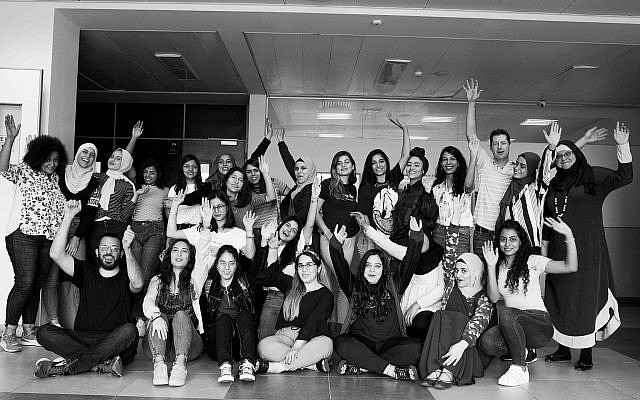 The recent tidal-wave of peace treaties with major Gulf States has brought to the surface dilemmas regarding normalization amongst Israeli-Palestinians. On the one hand they see their brethren in the West Bank and Gaza enduring the subjugation and humiliation of a seemingly endless fifty-year occupation; And on the other hand, they see Emiratis and Bahrainis welcoming Israelis with open arms, presumably letting bygones be bygones, and effectively leaving the Palestinians to their own devices. Two and a half years after the ideal of shared Israeli society was dealt a deafening blow by the Nation State Law, Israeli-Palestinians find themselves once again at an uneasy crossroads.

Our program that sends Arab students to Jewish schools to teach Arabic has spent a decade navigating the murky waters of distrust, discrimination and disinformation that characterize the relations between the Arab and Jewish societies in Israel. Our approach has predominantly been a constructive one, looking for common ground, trying to build inroads and leading by example.

When confronted, for example, with parents who didn’t want their kids to learn Arabic, we encouraged dialogue and empathy, as opposed to judgmental condemnation. When our student-teachers were criticized by friends and family for providing future soldiers with “tools to oppress the Palestinian people”, we initiated an open and honest discussion with our students and did our best to encourage and give legitimacy to a wide range of opinions and emotions around this very sensitive subject.

Our students, much like many in Israeli Arab society, find themselves at the axis of social, political and financial cross-pressures, that most of their Jewish peers would have a hard time even fathoming. It would seem that the accelerated pace of professional mobility amongst young Israeli Arabs that we’ve witnessed in the last ten to fifteen years has only brought these pressures to a head; the reason being that the improved economic landscape was not and is not coupled with improved political or social conditions. In fact, many Palestinian Israelis feel that their professional success is contingent on their acceptance, albeit superficial, of the dominant overarching Jewish narrative and discourse. To make things even worse, they often find themselves at odds with the conservative social norms and traditions of the communities they come from.

Here are some questions that have come up in the past at our training seminars:

These dilemmas and conflicts aren’t going to go away anytime soon. They’ll only become more pronounced as time goes by and Israel becomes a more Jewish state and a less democratic one. The ongoing occupation is an obstacle in and of itself to true Israeli shared society, but there is a plethora of internal obstacles as well that are only indirectly linked to occupation and that we have to start talking about openly and honestly.

For our part, we try to provide our students with a safe space to air grievances and frustrations, some of which are directly related to our program, and some of which are not, but can not be “safely” aired anywhere else. We also try to empower them to engage the whole school community (children, teachers, faculty, parents) constructively, in a way that is respectful and non-judgmental, but at the same time not apologetic. Moreover, we remind them that their presence as Arab university students in a Jewish school, as Palestinian role models for Jewish youngsters represents a small revolution in and of itself; and that this  presence, if resolute and steadfast, has the potential to spawn recognition,  explicitly or subconsciously, of the fact that this country isn’t exclusively the homeland of one people, or one language, or one culture.

We also try to promote the concept of self-advocacy, i.e. we encourage our students to articulate their opinions and express their identity openly and overcome fear of repercussions. Most importantly, our message to our students is that they’re not alone in their quest for a more hospitable environment in which to develop their individual identity, ideas and beliefs and ultimately be who they want to be and be seen and respected by others for who they truly are.

About the Author
Ishmael Ben-Israel is the Co-founder and Co-director of A.M.A.L. and the CEO of LingoLearn Online Language Courses. Ishmael was born when the historic peace treaty with Egypt was signed and was given an Arab name with the hope that he would grow up in a world where Arabs and Jews would “beat their swords into plowshares and learn war no more". Ishmael lives in Hod-Hasharon, with his wife and daughter. In his free time, he plays the guitar, Slack-Lines, writes, reads, cooks and swims (not at the same time). Ishmael has dedicated his life to building bridges of trust, respect, love and a sense of a common humanity, between Jews and Arabs.
Related Topics
Related Posts
Comments