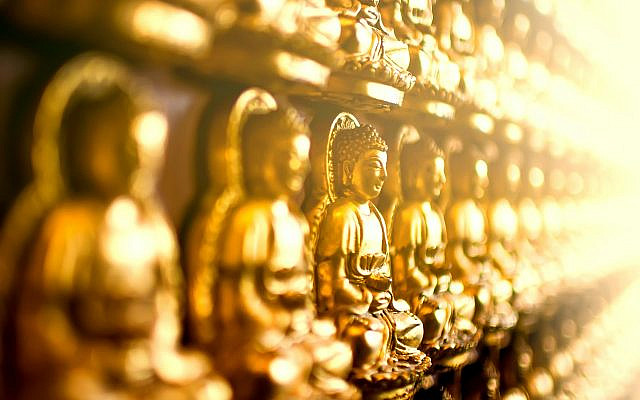 Idols - Which One Would You Worship? (A Free-for-Use Photo by NEOSiAM 2020 from Pexels.com)

In Judaism, idolatry is prohibited.

Today, however, we are witness to the worship of two idols – one a long-dead mortal, the other a more insidious idol – Mammon.

Every year, thousands of idol worshippers flock to the tomb of Rebbe Nachman of Bratslav in the Ukrainian city of Uman. Rebbe Nachman, a great-grandson of the Baal Shem Tov, combined the Kabbalah, Judaism’s occult secrets, with Torah studies to create the Hasidic movement. In his lifetime he managed to attract thousands of followers, and his influence continues today with many Hasidic movements such as Breslov Hasidism.

On the last Rosh Hashana before his death, aged just 38, Rebbe Nachman told his faithful followers that they should be with him for that holiday. Following the Rebbe’s request, Rosh HaShana has become a time of pilgrimage to the Rebbe’s grave.

Many years before the Rebbe, another holy man asked that his burial place be unknown to prevent any possibility of idolatry. He was, of course, Moshe Rabbenu – Moses. To this day the exact site of Moses’ grave remains unknown.

In Judaism idolatry is not just the worship of an idol itself. It also forbids the derivation of any benefit from anything connected to idolatry.

Today, the rush to worship at the site of their idol certainly brings many worldly benefits to Rebbe Nachman’s followers. It has, in fact, generated an entire industry. Mammon, often personified as the demon of wealth and greed, would be pleased.

Prime Minister Benjamin Netanyahu is to hold a “decisive meeting” to determine if thousands of Hasidim will be allowed to make this year’s pilgrimage. If the Rosh HaShana flights to Uman are cancelled, tens of millions of dollars in lodging, transportation, food and commerce will be lost.

In the last few years, the regular idol worshippers have been joined by a growing number of worshippers of a different kind – the hedonists. Hedonism is the relentless pursuit of pleasure; the pursuit of pleasure should be the ultimate goal of life. And there is no shortage of suppliers for these new pilgrims. Not far from the graveside, alcohol, drugs, even well-staffed brothels, are there to greet the worshippers. You will not find many eudaimonists among the Rebbe’s worshippers.
(If, like me, you have never come across an eudaimonist, Aristotle introduced the term ‘eudaimonic happiness’ for happiness achieved through experiences of meaning and purpose, the very opposite of hedonism.)

We will let Rebbe Nachman have, almost, the last word.
“It is a great mitzvah to be happy always” (Likutey Moharan II, 24)

And in Uman there are plenty of ladies of the night waiting to help you fulfil the mitzvah.