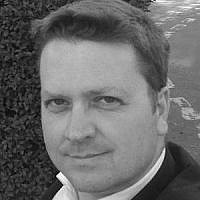 The multiple calls by various Palestinian leaders for “Days of Rage” have always puzzled me. It looks ridiculous, like a child having a tantrum because it cannot get its own way. To the Western media, the proponents of ‘Rage’ say that the Palestinian Authority is committed to peace. This is the message that is usually promoted in English, at least. Translations of video clips and speeches from the Palestinian Media, translated by MEMRI, reveal otherwise, showing a continual stream of antisemitic propaganda and calls for violence and murder of Jews and Israelis.

My paternal grandmother (a devout Christian) always told me to bear in mind the words attributed to Jesus in the New Testament, “By their fruits ye shall know them”. This is pretty wise advice in the context of days of rage and recent Hamas border attacks, disguised as a ‘Peace March’. I have learned never to believe the rhetoric from the anti-Israel lobby, including the BDS and the left wing armchair-activists, and instead to look for evidence.

I could be wrong, but there seems to be very little evidence of a will to find a peaceful resolution among the leaders of Muslim Arabic communities in Palestine or Israel, apart from perhaps the Bedouin and Druze, who wisely seem to make up their own minds. I am not surprised at this lack of will for peace, however. Palestinian media is clearly full of hate. I have seen PA television showing Children’s programmes that encourage an immensely negative set of thoughts about Israel, including beheading Jews, hating and killing Jews and medieval blood-libel. I am sure the purpose of all this is to create a new generation of haters and anti-Israel effort, and perpetuate this until Jews are either wiped from the face of the region or forced to accept the status of ‘Dhimmis’ under Islamic rule. I suspect the fact that Jews were once considered ‘underdogs’ by the wider Islamic world and now have power and the capacity to self-determine and defend themselves has a lot to do with the current attitudes.Sorry to say, but that is a medieval mindset. It is time to wake up out of it people. This simply does not happen in Israeli society or television. Yes the Israeli media is full of reports of the dangers of terrorists, but this is generally connected to events and real situations, not invented atrocities nor the motivation to incite acts of aggression.

Heaven forbid anyone trying to see ordinary people for who they are, as human beings just like them. Simultaneously, I see the aged and aging leaders of Fatah and Hamas siphoning off Western aid money into their own bank accounts and building nice mansions for themselves, buying property in the UK and generally feathering their own nests at the expense of Palestinian families who suffer under their rule. Of course it is very easy to distract the masses by blaming Israel and inciting a lot of anti-Israel feeling, while simultaneously punishing or elliminating dissenting voices. So then people fear even talking to Jews and finding out who they really are. Yes, actually also human beings. I am sure there is also fear of talking to Israelis from the Palestinian side, much stoked and enhanced by their leadership, who absolutely do not want ordinary people in Palestine to even draw close to being friends with ordinary Israelis. The moment that happens, they have lost their psychological control.

I recall an Israeli friend of mine telling me about a coffee shop he had in Jerusalem that was frequented by both Arabs and Israelis before the first Intifada. People were friendly and learned to live with one another in those days. After the intifada, alot of trust was lost and fear was created. The warm community of the coffee shop was also lost and it soon closed down. Israel tried to build relations. It was not Israel that rejected countless international peace efforts. Israel is known for setting up community projects that try to integrate and engage children from both sides to dialogue and build bridges. Another Israeli friend of mine set up a  very successful football (soccer) project to this end. It worked, for a time.

Days of Rage are the result of anti-Israel sentiment. Not days of peace or days of working together. No days of peaceful integration or days of harmony. None.Yet, if the same amount of energy and effort were put in by those leaders to help establish days of co-operation, the whole of this area might be a completely different place. Yes it would take time to rebuild trust on both sides, but strong leadership could help create this. As another old saying goes, if you want to dispel darkness then switch on the light. At the moment Days of Rage just perpetuate darkness and ignorance.

How to create a change in leadership.

A recipe for change that tackles the root causes of rage is hard to find at first. The complexities formed by balances of power and lack of trust obscure the vision. At the moment, Palestinian leaders control their populations through fear and the provision of selective information. Everything is filtered through the lens of hatred for Jews. Hamas, who use this tactic to an even greater degree, coupled with fear, bribery and taxation, have managed to turn Gaza into a military base instead of the farmland it once was in 2005, when Israel handed it over to Palestinian control. Simple answer – remove the leaders and replace them with those who actually want to help the Palestinian people to build economies, business, infrastructure and education. Not-so-simple answer: how does anyone make that happen without appropriate international support  from other Arabic countries, the UN and the disarmamament of Hamas and Fatah. Without the removal of the United Nations refugee organisation for Palestine, UNWRA, which is clearly increasing the problems by collaborating with Hamas (willingly or unwillingly) and stoking the fire of hate in their schools, there will be little change in Gaza. At least now governments are onto what UNWRA are doing and are cutting the disproportionate funding (compared to the vast numbers of international refugees under the main refugee organisation of the United Nations UNHCR) that they have been receiving, much of which goes into the pockets of the local leadership. Recently the USA cut funding to this group. The European Union has also required that funding must not be used to teach hate in schools.

Stopping Days of Rage is unlikely to happen without a change in philosophy at the top of the Palestinian hierarchies. Without their propensity for dictatorship (such as the PA president having been voted in for four years but long-overstayed that time). Without international hatred being created by groups such as the BDS movement, who also seem unable to promote peace or dialogue, there will be little movement. Withouth the liberal and radical left wing of politics in many countries seeing clearly for once and stopping this habit of automatically taking sides with Palestinian terrorist groups, rather than supporting the people. Surely socialism is meant to be about the people, with politicasl philosphies and ways to manage power. There are other ways than the Leninist concept of armed struggle to overthrow imperialist powers. In fact Lenin’s concept was about overthrowing a people’s own leaders. Thus in an ideal world, the liberal left would be focused on helping ordinary working Palestinians overthrow the Hamas leadership or the corrupt Fatah rulers. Then perhaps a negotiaton for peace with Israel could happen. The power base in Palestine could then be given back to the people who could decide, democratically, how to build their state and bring about those days of peace that ordinary people on both sides are so desperate to have. To the inciters of rage, I want to say: is it not time to stop with the rage and grow up? Time to give your children a peaceful and successful, stress-free future, based on your actions and efforts towards peaceful dialogue?

About the Author
A British freelance writer and radio presenter/producer, John has written for the Jerusalem Post and various on-line publications. In the past he has written mainly on health-related subjects. After spending a significant time in Israel and visiting Palestine, and with many close friends in the area, he has a real wish to clarify some of the misunderstandings about the difficulties in the region.
Related Topics
Related Posts
Comments