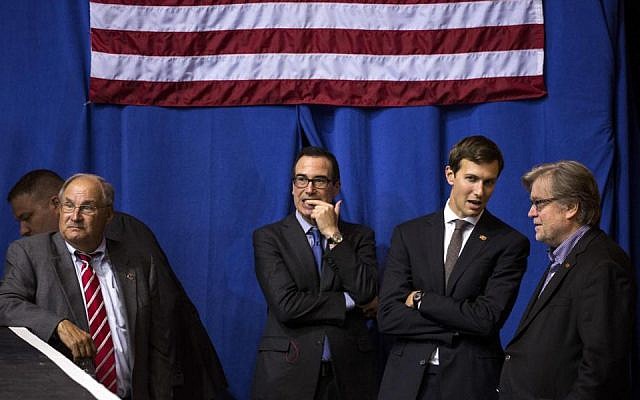 Be on red alert. Rampant anti-Semitism could be right around the corner in the US. And who should be most alert? The working class, the forgotten men and women of America. I’ll explain.

Some Democratic-Socialists would-be candidates for the 2020 presidential elections have come out for a greater taxing of the super-wealthy. Some polls say that 67% of Americans are for. This must scare the hell out of them.

One of those plans is a 70% tax for the super-rich, say people who have more than US$ 50 billion in assets, to pay for starting a sustainable future, a greening of society. (That would help the wealthiest too. What good do their bank account when we’re all dead?!) That doesn’t mean that they would lose 70% of their wealth. Not even 70% of their (unnecessary) income. Only the top amount of their earnings would be taxed at 70%.

But we’re talking about people who think that the tax office is the enemy. That money is all they are about. As the US English expression goes: he’s worth, followed by an amount of money. He doesn’t have the money, the money is who he is. These are people who are not used to pay anything but their accountants who use every loophole in and not in the books to avoid taxes. If you go after their money, they think that you’re coming for them.

The real rulers (not politicians – they are just puppets) have is a classical exit strategy for those “dire” situations. You release a campaign against the Jews – those rich folks who supposedly control the banks and the media. Their goal is, to have the population cool their anger on them after which they’ll feel too guilty to go after the really rich-and-powerful.

What to do as prevention? Such an anti-Semitic plan can only work if many blue-color workers (and unemployed) believe – falsely – that “the” Jews are the real leeches and sweaters. So, not only stop a sudden wave of anti-Semitic propaganda that may be coming soon. Also, release lists of facts and insights that counter the vile accusations. And aim them at the poorest people. You won’t convince the most rabid haters but those loudmouths are but a tiny powerless minority – though they could stir up sizable crowds. Go for the average person feeling irritated about the Jews. Stop in their tracks anti-Jewish attacks via the media, Internet and social media.

Spread the word. Work for a better world. And gain yourself more and better allies. The Jews.