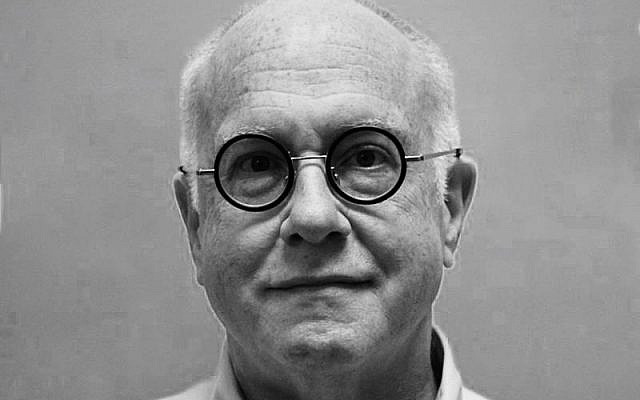 Could you share with us us your opinion on the upcoming American election ?

This is an unusual election because one of the candidates, President Trump, has made clear that he won’t accept the election results if he does not win. In some ways, this is a replay of his strategy in 2016, when (according to most subsequent accounts) he believed he was likely to lose. In that year, Candidate Trump prepared his supporters for that outcome by saying that the election had been “rigged” in Candidate Hillary Clinton’s favor. When he eked out a win in the Electoral College despite losing the popular vote by nearly three million votes, Trump’s narrative shifted to claims that his failure to receive a plurality of the popular vote was attributable to voter fraud, possibly related to illegal voting by non-citizen immigrants. There has never been any evidence to support his “rigged” claims from 2016, nor is there reason to believe that there is any anti-Trump conspiracy to engage in voter fraud in 2020.

Given President Trump’s embrace and promulgation of conspiracy theories, and his efforts to energize his supporters to do whatever it takes to keep him in office, it seems likely that the president is committed at the very least to legal challenges of any apparent election loss. It also seems likely that he implicitly approves of illegal actions by his supporters if those actions increase the likelihood that he can stay in office.

Former vice president Joe Biden has turned out to be a stronger candidate than one might have expected, given his lackluster performance in the early caucuses and primaries. In particular, he has done very well in enlisting the support of former opponents, including those who have differed with him on questions like national health-insurance policy. Ironically enough, Biden always has been the opponent that Trump feared most, and Trump’s impeachment, earlier this year, centered on his efforts to use the office of the Presidency to acquire political intelligence that could hurt Biden’s candidacy.

Do you think Joe Biden has a chance to win against Donald Trump ?

If all the votes are counted, the chances appear to be very good that Biden will win the presidency. This is why the Trump Administration and its supporters have redoubled their efforts, especially in the last two years, to suppress Democratic votes, to make voting more difficult generally, and to prepare prospective election challenges if he loses the popular vote and fails to achieve a majority of votes in the Electoral College.

By most accounts, Trump has complete, or nearly complete, support of “alt right” factions within the American electorate. He has lost support among traditional Republicans and conservatives, but it is unclear that this loss of support is enough to ensure that he loses this election. Bannon (now under indictment for fraud due to alleged misuse of “We Build the Wall” campaign funds) has expressly stated on occasion that the Trump populist movement is in some sense bigger than Trump, and he expects it to last beyond Trump’s tenure as president.

How did you respond to Donald Trump’s message to the Proud Boys during the first presidential debate ?

President Trump did not misspeak—he made his support of the Proud Boys evident with his “stand back and stand by” comment. He said nothing that could be taken as disavowal of their support; if he had wanted them to forbear from violent or illegal activity, he would have told them to “stand down.”

What do you think of the relationship between Bibi Netanyahu and Donald Trump ?

I think Netanyahu and Trump have each taken advantage of the other to some extent. The most obvious evidence of this was the relocation of the American Embassy to Jerusalem in 2018. To be clear, there have been Israel supporters in both American political parties who have supported such a relocation for a years, but there is no doubt that Trump believed this move would increase his support among American Jewish voters as well as reinforcing his alliance with Netanyahu, whose politics and combativeness are things that Trump admires.

The internet companies you mention have been under pressure to remove some kinds of content and also not to remove it—including far-right, conspiracy-theory content, racist content, and other kinds of content perceived to be disruptive or otherwise objectionable. Many Republican politicians have seized upon the internet companies’ decisions to remove (or demonetize) false or hateful content as proof that the companies have an anti-conservative or anti-Republican bias when it comes to content. This doesn’t appear to be true if you look at the evidence, however. In reality, the companies have been removing, or limiting access to, or providing context for, or demonetizing content that violates the companies’ content policies. I support their right to do that under American law, which I explain here in this Verfssungsblog article.

On Publishers, Carriers, and Bookstores

Could you comment on how the concept of Godwins’law applies to Recep Erdogan, the turkish president, accusing Emmanuel Macron of being a nazi and supporting the white suprematists after Macron condemned the three decapitations in France ?

I don’t take Erdogan’s criticisms of Macron seriously. It might fairly be said that there is a significant degree of Islamophobia in France, but the proper way for Erdogan to address that problem is to condemn co-religionists who murder (through decapitation or any other method) other people for alleged blasphemy or other purported sins against Islam. As far as I know, there is no reason to think Islam as a religion is so fragile that it can be harmed by cartoons in Charlie Hebdo.

What do you think of the massively negative reaction in the muslim world after the second publication of the caricatures of the prophet Mahomet in Charlie Hebdo ?

That negative reaction is both entirely predictable and entirely unnecessary. In the modern world, religious people should have faith that their God doesn’t need them or want them to kill other people in service to their religion (or their religious comfort).

Donald Trump now wants to fire Dr Fauci. What do you think about that ?

Ironically enough, I have known many people over the years who have been critical of Dr. Fauci, who was a major figure decades ago in the American response to the AIDS crisis. I think he deserved some of that criticism. But at this point no serious person can dispute that Fauci has made public health, and accurate information about public health crises such as the COVID-19 pandemic, his highest priority. If I were in Dr. Fauci’s position, and if President Trump fired me for putting the highest priorities on public health and accurate information, I would wear Trump’s firing me as a badge of honor.